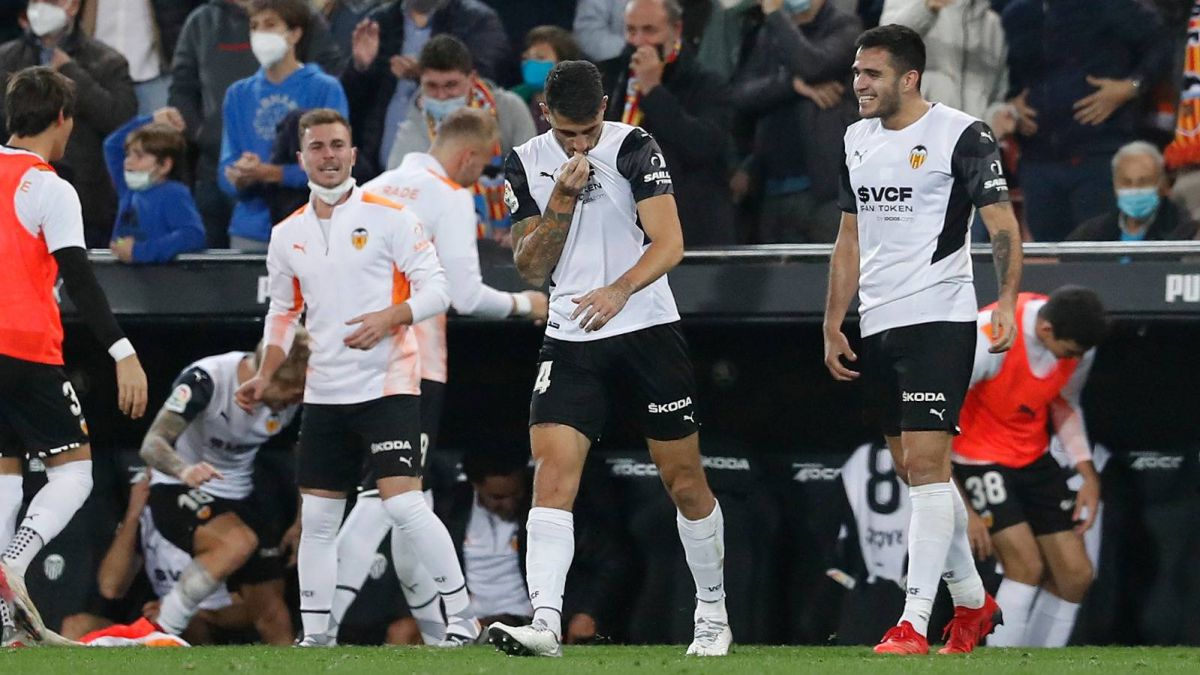 Cillessen: A stoppage for Lucas Pérez in a one-on-one game that led to Guedes' goal seconds later, after picking up a long pass from the goalkeepe

Cillessen: A stoppage for Lucas Pérez in a one-on-one game that led to Guedes’ goal seconds later, after picking up a long pass from the goalkeeper. In the second half, he could not do anything in the goal but reacted well after a shot from Lucas that he rejected in a defender. In 90 ‘, a saving foot of his avoided Guido Carrillo’s 2-2, on the same line.

Foulquier: Started on the right and moved to the left after Lato’s injury. In the first half he barely had a job but when Josan came out he challenged him and came out the loser in some duels. In Boyé’s goal, the Argentine got ahead of him, in a corner.

Diakhaby: He exhibited physical power back in a ten with ten with Boyé. He also joined in attack in the set pieces and had a lot of prominence. One of his best games since he is at Valencia. The culmination was the one left to Piccini who finished at 2-1.

Guillamón: Alderete’s positive gave him the chance to play as a center back again. In general terms, he was solid although Lucas portrayed him in a play in the first half in which the forward stood before Cillessen.

Lato: It started at a good pace and left a couple of sparkles of quality. But it only lasted 19 minutes on the field. He was injured again.

Hélder Costa: Quality details on the right side. Along with Guedes, he led the former white and black Barragán down the path of bitterness. Spectacular personal move in the second half that ended with a good save from Badia.

Carlos Soler: A pure midfielder this time, he looked comfortable and took part in most of the black and white attacks. In the second half he was somewhat tired, the result of effort, although he was very ready in the quick kick from the corner that ended at 2-1. Great center to the far post.

Wass: A lung in the midfield. Hard battle in the center with Mascarell and Marcone. Out of desire and courage, he took several duels that ended in dangerous plays. He finished off, head first, in the second half, from close up, but the ball skimmed the post.

Hugo Duro: Starting from the left although always very close to the area. He had several shots, in the first half, in which he was very close to the goal. Later, he played second end, and tried to associate with Maxi without much success. Of course, he always runs and adds for his team.

Guedes: When he’s in the mood, he’s a top-quality player. Control in the race, two cuts and the ball to the long post of Badia. Great goal by the Portuguese in a personal move that opened the scoring. In the second half, heeled on the left wing, he went more unnoticed.

Maxi Gomez: Fight and fight in attack against the French-green centrals. They had it stiff with Enzo Roco. You are asked more to step on the area. It was not too successful, although it was not because of running and working.

Piccini: The hero of the match. He scored the winning goal in the 85th minute, following a setback from Diakhaby. After two years out of work, football has paid him off. He started the first half and maintained a good level on the right wing. More and more connected to team dynamics.

Koba: He pulled the team up in the minutes it came out. Just when the team needed it.

Cheryshev: He came out very plugged and hit the left wing on several occasions. He was about to do the third, head first.

Marcos André: It hardly had an impact on the minutes it came out.

Yunus: He came out in discount and barely had contact with the ball.