Valencia lives on pride and dies for football 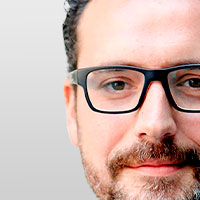 Valencia in the League despairs, bitter the existence of its people and even so Mestalla, with how critical it was in times of fat cows (Cúper, Qu

Valencia in the League despairs, bitter the existence of its people and even so Mestalla, with how critical it was in times of fat cows (Cúper, Quique or Unai), he is giving an example of patience, tenderness and understanding in these lean times. Just the choice you have of Reaching the Cup final prevents Valencia from throwing another season in the trash in February. Another one, the fifth of eight with Meriton, the common denominator in disasters, a structural evil although Lim is in turn the alibi of others. Valencia has not won since December, He has added only 2 points from the last 21 and now sees Europe at the same distance as relegation.

From the game we can talk about the foul not called on Bryan Gil before Aubameyang’s first goal, about the thin line of VAR in the 0-3, about whether or not the ball came out in the disallowed goal against the Che and even that the goleada does not fit the meeting itself. But when it’s cold, it’s hard to understand how a Bordalás team has conceded 42 goals. They will say that Barcelona was effective and such, that they scored four in as many shots, but it is that two were just pushing the ball. Valencia is a defensive caricaturewith few automatisms and many gaps, that attacks more by impetus than by concepts, a team that lives for pride and dies for football. He lacks a 6, yes, and level in other positions, but also tactical work.