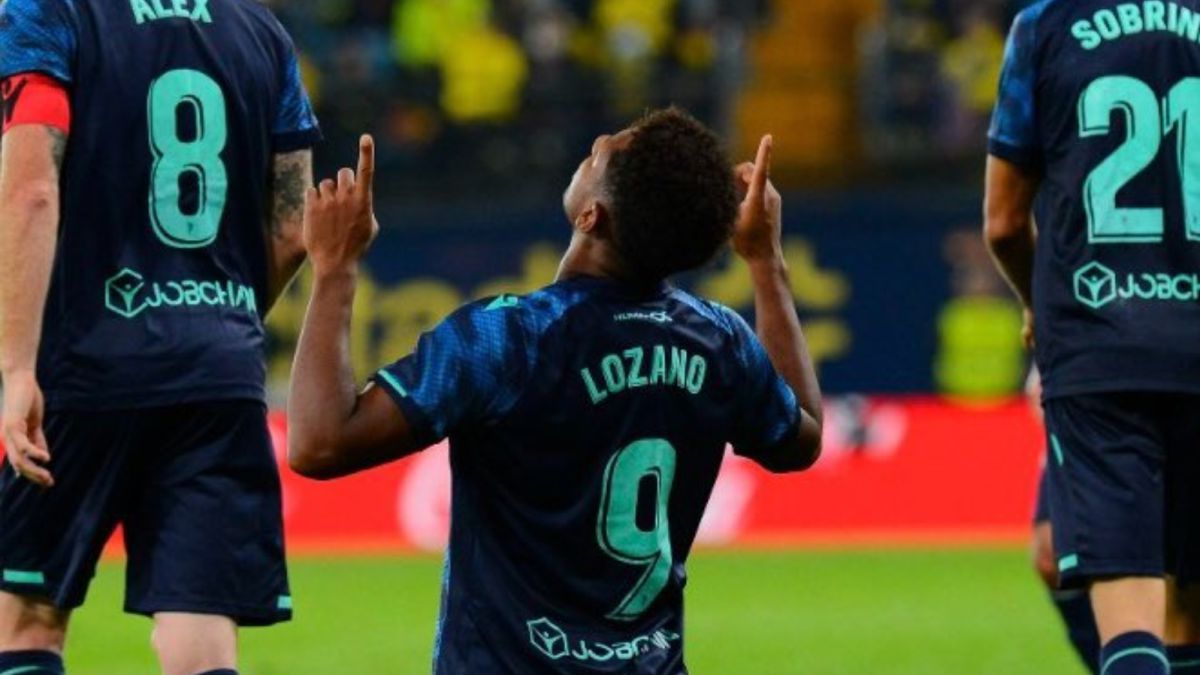 The great performances of Antony ‘Choco’ Lozano with Cádiz have made the Honduran attacker in the sights of several clubs in La Liga in Spain who would be interested in getting your services.

After the hat trick of ‘Choco’ Lozano against Villarreal In the middle of the week, it came to light that at least three important teams in La Liga will seek to sign him in one of the next two transfer windows.

As highlighted by the portal fiches.net, both Valencia, Sevilla and Betis would be the options for Antony Lozano to continue his career in European football.

It will be in the coming months when the destiny of Choco Lozano is defined, who will surely remain until the end of the season with Cádiz, seeking to help the team maintain the category, which would give a greater value to the Honduran.

Choco Lozano aims to be indispensable for Bolillo Gómez

Looking ahead to the next FIFA date and the debut of Hernán ‘Bolillo’ Gómez on the bench, Everything indicates that Antony el Choco Lozano will be one of the trusted men for the Colombian coach, Due to the great moment that the attacker from La H.