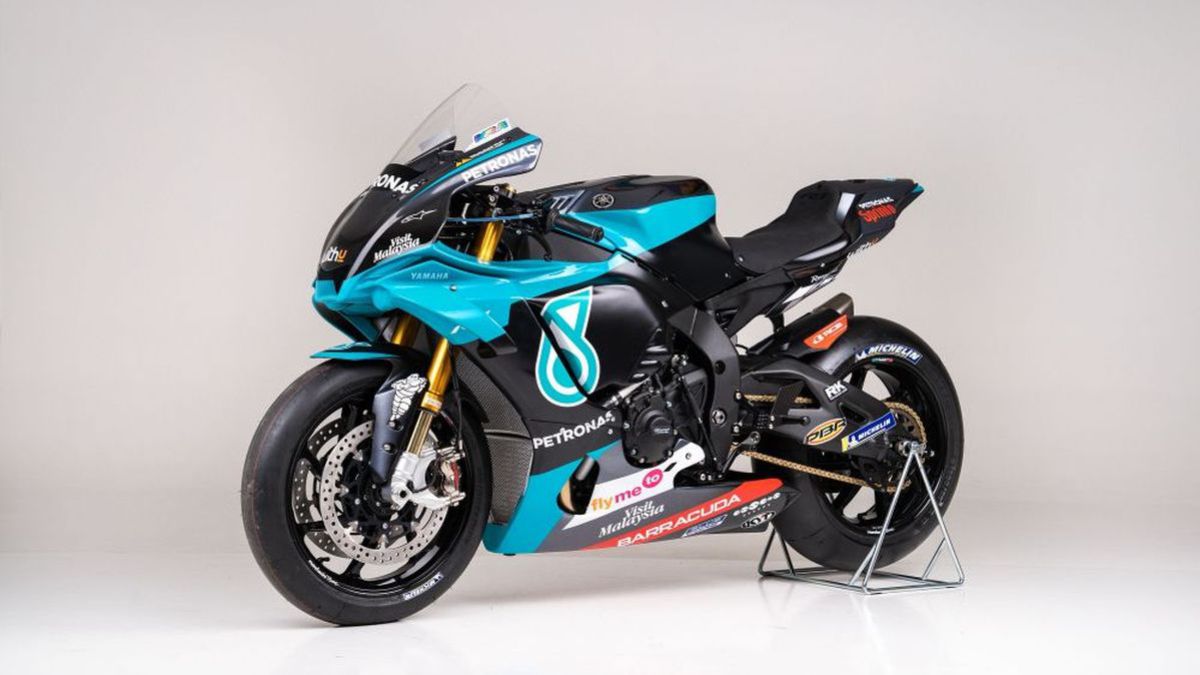 Although 2020 was a most unusual year, Petronas had much to celebrate. The Malaysian company celebrated 46 years since its creation and fate would

Although 2020 was a most unusual year, Petronas had much to celebrate. The Malaysian company celebrated 46 years since its creation and fate would have it that to celebrate that number, it also became official the announcement of the arrival of Valentino Rossi to his MotoGP team. The Italian decided to end his career in the World Championship together with the satellite structure of Yamaha and to commemorate the anniversary and the presence in its ranks of a motorcycling myth, Yamaha Motor Europe carried out a unique commemorative piece which, how could it be otherwise, came in the form of a motorcycle.

The signature of the tuning forks presented a YZF-R1 replica of the YZR-M1 that the Petronas team put on the asphalt in MotoGP and to make it even more special, he rounded off this limited edition in 46 units that would go on sale for a value of 46,000 euros, in what would be a constant nod to the number of The doctor. The spectacular mount was built at Yamaha Austria Racing Team GYTR Pro Shop and not only was it presented as a street superbike, but they also sought to go further by incorporating a carbon fairing kit and also, heace mythical wings who have taken so much prominence in the World Cup in recent years.

All those details made the piece as similar as possible to a MotoGP, To finish capturing that vision, the decoration honored the one that the Petronas team used in the World Cup, and now one of the 46 replicas is put up for sale on Catawiki, an online auction platform. It will be specifically the 12 + 1, another outstanding number for motorcycling because of what Ángel Nieto meant for the World Championship, and the lucky person who gets hold of this unit will enjoy a brand new motorcycle, that until now has been kept in a room that had good environmental conditions. The replica is not even registered and less than a week before the auction closes, the value of this machine is 50,000 of the 66,000 or 73,000 euros that it is estimated that the replica can reach.

Bagnaia beats Quartararo by a thousandth of a second | sports
Zarco the fastest, Quartararo to the first classification | sports
MotoGP: Rossi would see a great Bagnaia title with the Ducati
MOTOGP 538