Valtteri Bottas strips naked in nets for a good cause 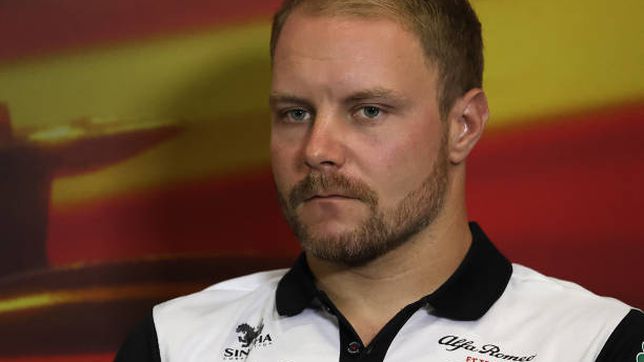 Valtteri Bottas has become a viral in social networks after his latest solidarity action. And it is that the Formula 1 driver of the Alfa Romeo te

Valtteri Bottas has become a viral in social networks after his latest solidarity action. And it is that the Formula 1 driver of the Alfa Romeo team has posted on his Instagram profile a curious photograph where he is totally naked during his vacation in Aspen, United States. A snapshot that he is going around the world and that many users have decided to take to his homes by acquiring a poster-size copy for solidarity purposes.

The Finn, 32, poses lying down and naked in a river while leaving his buttocks exposed. A gesture that has drawn the attention of its more than three million followers on social networks, but also important companies in the automotive world such as Mercedes or its own team that have not hesitated to respond to this particular publication with gestures of surprise and laugh. Even Tiffany Cromwell dares to buy the pilot’s butt with a peach emoji. The humor, above all.

But what is hidden behind this post by Bottas? “It was for a good cause. We were selling copies for 24 hours and more than 5,000 people bought a copy of my butt, basically, ”explains the Finnish driver about his snapshot taken by photographer Paul Ripke. “With that we raised 50,000 euros for charity,” he adds.

According to the ‘wtf1′ portal, Lewis Hamilton was very surprised by Bottas’ latest initiative. “I didn’t even know he had bought one. But… Is that the one where I’m with him?” Says the British driver, referring to some of the memes created on social networks where several users had included Hamilton in the Finn’s photograph. “I would do it for charity, for sure. I didn’t know it was for sale, but it’s one of the best photos I’ve ever seen,” he concludes.