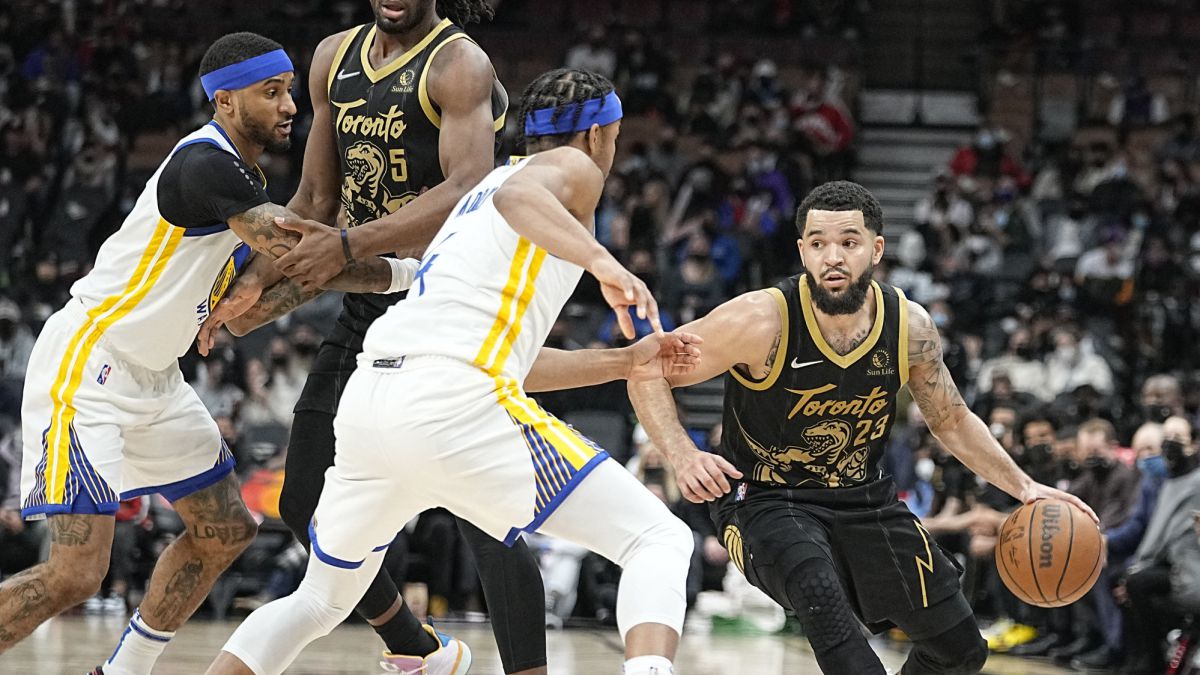 Uncertainty is now the bread and butter of the NBA. The positives do not stop happening and the numbers of players that are between the health an

Uncertainty is now the bread and butter of the NBA. The positives do not stop happening and the numbers of players that are between the health and safety protocols of the coronavirus are dangerously close to one hundred. Shams Charania and Adrian Wojnarowski announce positives as when they are in charge of advancing all the draft numbers and the situation is increasingly untenable just a handful of days before Christmas. According to the latest information, the NBA will force players and coaches to wear masks in any situation that depends on them (benches, weight rooms …) and will increase the number of tests during the two Christmas weeks. Something that seems insufficient and that will be only the first step to return to tougher measures, that they resemble, surely, those that were last year. Meanwhile, the days continue to happen. This happened tonight:

The Rockets deepened the bad moment that the Pistons are experiencing, who fell at home 108-116, tying the record for consecutive losses in a season for the franchise, with 14 and accumulating the worst record of the season in the NBA. The Pistons’ record of losses in a row is second only to those they suffered between the 1979-80 and 1980-81 seasons., when they accumulated 21 falls in a row. Christian Wood scored 21 points and grabbed 8 rebounds to lead the Rockets, who also had 18 points from veteran Eric Gordon, to win their second game of the last four. For Detroit, Cade Cunningham posted a double-double of 21 points and 11 assists, while Saddiq Bey was the top scorer of the match, with 23 points, which he adorned with 4 rebounds and 3 assists.

Josh Richardson came off the bench and gave him the offensive boost the Boston Celtics needed to beat the New York Knicks 114-107. Richardson scored 27 points, building on his efficient performance from the 3-point line., from where he made 5 of the 7 attempts he made in the match. Jayson Tatum had 25 points and 9 rebounds and Jaylen Brown had 23 points to complement the offense for the Boston team. Former Celtics players, Evan Fournier, with 32 points and Kemba Walker, with 29 points, were the main support of the offense for the Knicks. The Celtics did not have the Spanish Juancho Hernangómez available, nor the Dominican Al Horford, who were quarantined, per NBA health protocol.

The Magic did not miss the opportunity to beat the Brooklyn Nets, suffering from the absence of their main stars, due to the NBA’s health protocol, who were beaten 93-100. Pvot Robin López imposed his dominance on the boards and finished with a double-double of 20 points and 10 rebounds to be the key factor in the offense of the whole of Orlando. Garry Harris shot 17, with 8 rebounds and 5 TD passes, complementing the Magic’s attack. Brooklyn tried to put up a fight by placing the ball in the hands of Patty Mills, who posted 23 points to her account, being accompanied by Cam Thomas and David Duke Jr, with 18 points and veteran Blake Griffin with 17. The last star the Nets lost was Kevin Durant, who joined the health protocol, under which were already James Harden, De’Andre Bembry, LaMarcus Aldridge, Bruce Brown, Paul Millsap, Jevon Carter and James Johnson.

Fred VanVleet scored 27 points, on a night in which the Warriors gave rest to their star Stephen Curry, so that the Toronto Raptors beat the team led by Steve Kerr 119-100. VanVleet made six pitches three points and added 12 assists and 7 rebounds to his performance., to demonstrate once again his leadership in the Canadian team. Jonathan Kuminga took advantage of Curry’s absence to score 26 points and be the leader in points for his team. In addition to Curry, the Warriors did not have Draymond Green, due to a sore right hip, or Andre Iguodala, injured in his right knee, nor with Andrew Wiggins, also with problems in his left knee.

Shai Gilgeous-Alexander hit a triple when the horn sounded to end the game and gave the Oklahoma City Thunder a 104-103 victory over the Los Angeles Clippers. Gilgeous-Alexander finished with 18 pointsBut one of the two pitches of three he scored gave the Oklahoma team the victory, which had Jeremiah Robinson-Earl, with 29 points, as its main offensive support. Josh Giddey had 18 rebounds and 10 assists to be the contributing factor to Oklahoma’s success. The Clippers, who suffered the loss of their star, Paul Geoge, relied on the work of Luke Kennard who left this duel, with 27 points and 7 assists.