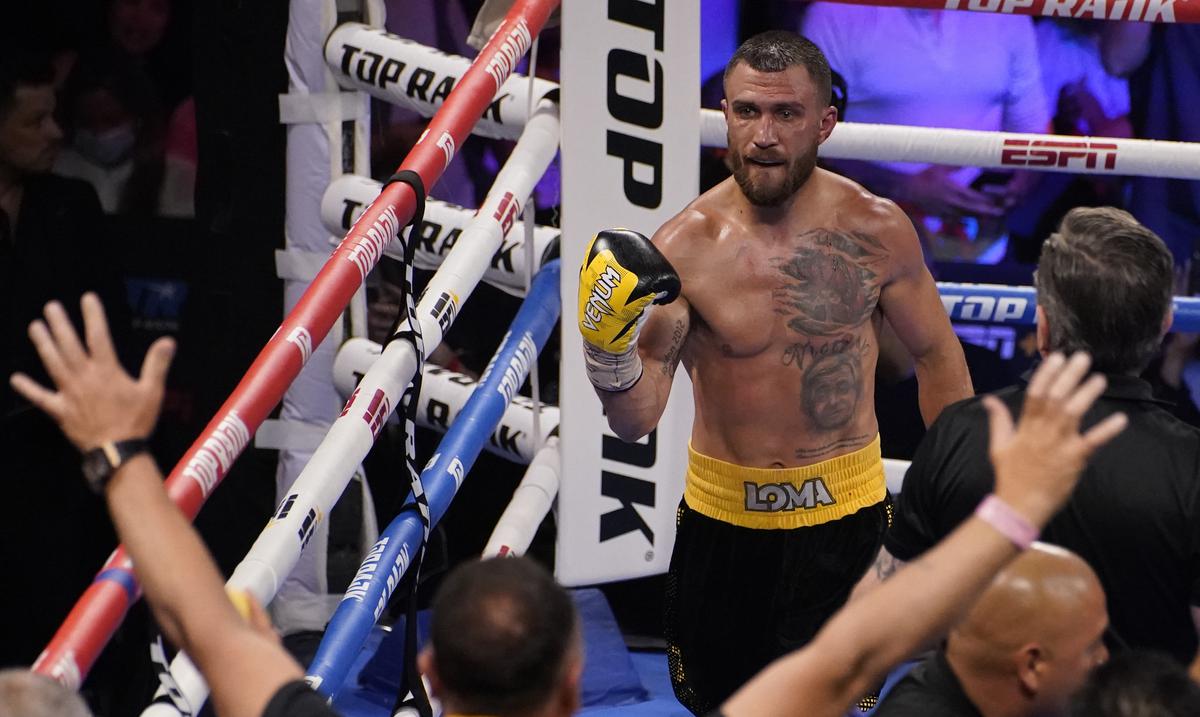 Vasiliy Lomachenko will return to New York on October 29 to face undefeated Jamaine “The Technician” Ortiz at the Hulu Theater at Madison Square Garden.

In the co-main attraction, Cuban Robeisy “El Tren” Ramírez will try to obtain the most significant victory of his career against former world champion Jessie Magdaleno.

Lomachenko was set to challenge then-unified lightweight champion George Kambosos Jr. in early 2022, but when Russia invaded Ukraine, he put his boxing career on hold to join a territorial defense battalion in his native country.

“Lomachenko is a credit to his country and the sport of boxing,” promoter Bob Arum said. “When his country needed him, Vasiliy did not hesitate. We’re thrilled that he’s safe and fighting once again at Madison Square Garden’s Hulu Theater, his home away from home. Ortiz is a young, hungry, undefeated fighter who understands that a victory over a living legend like Loma would change her life.”

Lomachenko (16-2, 11 KOs) has a resume unmatched in modern boxing. He owns two Olympic gold medalists for Ukraine, won a world title in his third professional fight and became a three-division world champion in just his 12th fight. Lomachenko unified three of four lightweight division titles before a loss to Teofimo Lopez in October 2020. Last year, he came back with wins over Masayoshi Nakatani and Richard Commey. He arrived in Southern California last August to resume his career and work toward the goal of capturing the undisputed lightweight title, currently held by Devin “The Dream” Haney.

“I love my sport and I am very happy to be back. My goal is to win the undisputed lightweight title, but I will not take Jamaine Ortiz lightly. MSG’s Madison Square Garden and Hulu Theater have been special places in my career and I look forward to adding more good memories on October 29th. I want to dedicate this fight to all my Ukrainian people. I carry the flag with pride every time I step into the ring,” Lomachenko said in a written statement.

Ortiz (16-0-1, 8 KOs), from Worcester, Massachusetts, enters this fight hoping to stun another former world champion on the way back. On May 21, he wore down Jamel Herring down the stretch to win a 10-round unanimous decision.

“I am excited about this fight. Lomachenko is a great fighter, but I am here to win. Once I win this fight, I will look for a world title shot. This is a dream come true,” he said.