VCF | Valencia CF blocks 8,000 tickets for the squad, Academy and other commitments 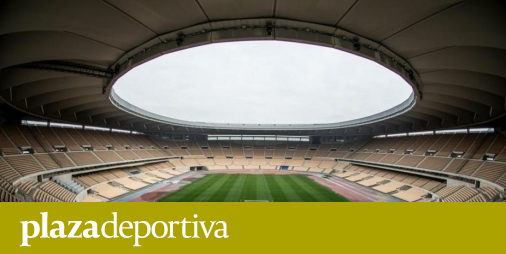 VALENCIA. Valencia CF maintains the version it offered in the official statement this past Thursday, where it said that 17,497 tickets were going

VALENCIA. Valencia CF maintains the version it offered in the official statement this past Thursday, where it said that 17,497 tickets were going on sale. The club computes within this figure the locations that it has offered, upon payment, to VIP subscribers, workers, players from the Paterna Academy and for different commitments that the club has with other groups.

After the program information sports grandstand, which explained that only 12,887 tickets went to subscribers, discovered after the data offered by the web’s computer system to find out if the two requirements for access to tickets are met, the club is not going to offer any official explanation beyond the official statement where it already said the number that was going to the subscribers and maintains that 17,497 will be for fans of different groups.

According to the data that appears on the club’s website, the official version in Thursday’s statement seems wrong since out of 31,533 subscribers, 13,565 meet both requirements and 17,968 do not comply. 95% of 13,565 would be 12,887 subscribers instead of the 17,497 guaranteed by Valencia who had a ticket. The difference between the total number of tickets, 20,757, subtracting the 3,200 that the club kept, and the 12,887 that correspond to the subscribers is 4,670. That surplus had no allocation and generated confusion.

The club justifies that this surplus is directed to tickets for the Valencia CF Soccer Players Association, players from the Academy and agreed schools, Association of the small shareholder and employees, all of them paid, which cover up to the figure of 17,497 that the statement said.

To reach the total amount of the 20,757 that belong to the club due to its status as finalist in La Cartuja, it would also be necessary to add the tickets for the squad, family members, sponsors and other former footballers who are outside the Association of Soccer Players of the Valencia CF. That is to say, the club has blocked to sell or distribute among all its commitments an amount of 8,000 tickets.

In addition, in the event that all the tickets are not sold, the club guarantees that a second round will be saved in which it would give the option to buy tickets to the rest of the subscribers who have not been able to access them now.

Tags: valencia cf cup final tickets
Sernac scratches the pitch to Tenpo due to problems during ticket sales for Daddy Yankee’s show | Economy
VIDEO | This was the extraordinary fast lap of Charles Leclerc at the Australian Grand Prix
When and where will COAC 2022 tickets go on sale?
TICKETS 266