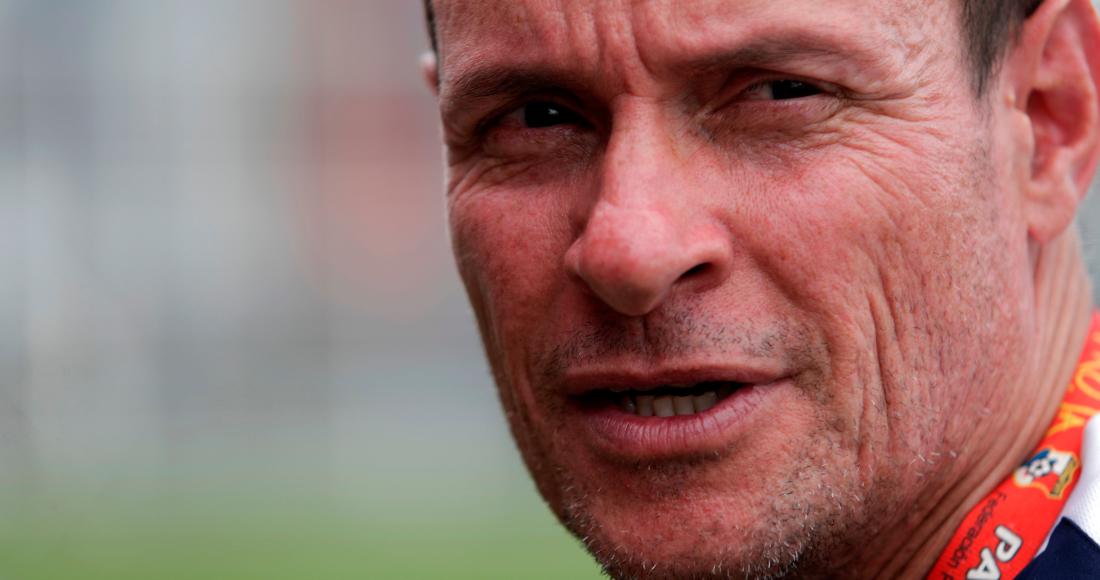 CARACAS._ The Venezuelan Soccer Federation (FVF) requested on Friday the governing bodies of this sport in the American continent and FIFA itself

CARACAS._ The Venezuelan Soccer Federation (FVF) requested on Friday the governing bodies of this sport in the American continent and FIFA itself to open an investigation into a former coach accused of sexual harassment by two dozen players.

Through a statement, the FVF indicated that its President Jorge Giménez sent a series of letters to the heads of Conmebol, Concacaf and FIFA, among other organizations, requesting the investigation and that Kenneth Zseremeta be disqualified from his professional practice as a coach. .

Likewise, it is requested to prevent Zseremeta from “exercising any sports, administrative position before any sports team and club”, considering that “the acts committed by this subject seriously affect the human integrity of our athletes.”

In the letter, the Federation assured that it has a “commitment to defending the integrity of women’s football in Venezuela.”

The announcement came three days after 24 players, who made up the National Team in different cycles, signed a letter in which they denounced the acts allegedly committed by Zseremeta.

Originally from Panama, the coach served for nine years as head of the Venezuelan women’s teams until his dismissal in 2017. Among the signatories is Deyna Castellanos, considered the main figure of the team.

“We, the players of the Venezuelan national team, from different processes, have decided to break the silence to prevent situations of abuse and harassment, physical, psychological and sexual caused by the coach from taking more victims,” ​​the players said in a letter Posted by Castellanos, Atlético de Madrid player, female on her Twitter and Instagram accounts.

The soccer players affirmed that, last year, one of their colleagues “confessed to them that she had been sexually abused since she was 14 years old (2014) by the coach.” According to that version, the abuse continued until the strategist’s firing in November 2017.

The card does not identify the player who would have suffered the abuse.

“The confession did not surprise us, because that was the type of environment that the coach cultivated every day,” said the soccer players, who explained that from 2013 to 2017 there were cases of “physical and psychological abuse during training.”

In a statement released Thursday, Zseremeta rejected the accusations and regretted that the complaint has already affected his “job opportunities” in other countries.

He stated in the letter that the letter from the players would aim to “destroy my professional career.”

“The crimes mentioned in some way have not carried out due process,” Zseremeta said. “I am unaware of and dismiss the aforementioned crimes.”

According to the complaint, Zseremeta would have asked the soccer players recurring questions about their intimacy, sexual, even minors, the letter refers.

The players assured that during Zsemereta’s calls, “sexual innuendo” also abounded and the LGBTI community players, the coach would have constantly questioned their orientation.

In his nine years as coach of the women’s teams, Zseremeta won the South American U17 in Paraguay in 2013 to qualify for the World Cup in the category in 2014, where he achieved fourth place.

That was the first time that a Venezuelan team in any category reached the semifinals of a FIFA World Cup.

The FVF dismissed Zsemereta, then coach of the women’s Under 20 team, a few days after complaining that several of her players suffered from malnutrition, amid the severe economic crisis that the country is going through.

The dismissal came after the team finished third among five teams at the Bolivarian Games in Colombia. Venezuela was the favorite to win the gold despite the absence of Castellanos.

The Federation indicated at that time that the change of coach was necessary after the “results were not as expected.”

Just last week, Paul Riley, a coach for a club in the major American soccer league, was fired after two players accused him of sexual harassment.

FIFA opened an investigation into the case, which also led to the resignation of National Women’s Soccer League (NWSL) commissioner Lisa Baird.

Tags: Kenneth Zseremeta
Sergio Navarro: “Bielsa sees football from actions and I from relationships”
when the ball comes out the stopwatch will stop to improve the game time
‘I also want to play football’: “I always say that it is a book that mixes football and life”
FOOTBALL 4319

Loading...
Newer Post
Who is Tyson Fury, from falling into excesses to trying to prolong his reign against Wilder
Older Post
VIDEO: Brazilian soccer player throws a brutal flying kick ‘a la MMA’ to the face of a rival and is expelled