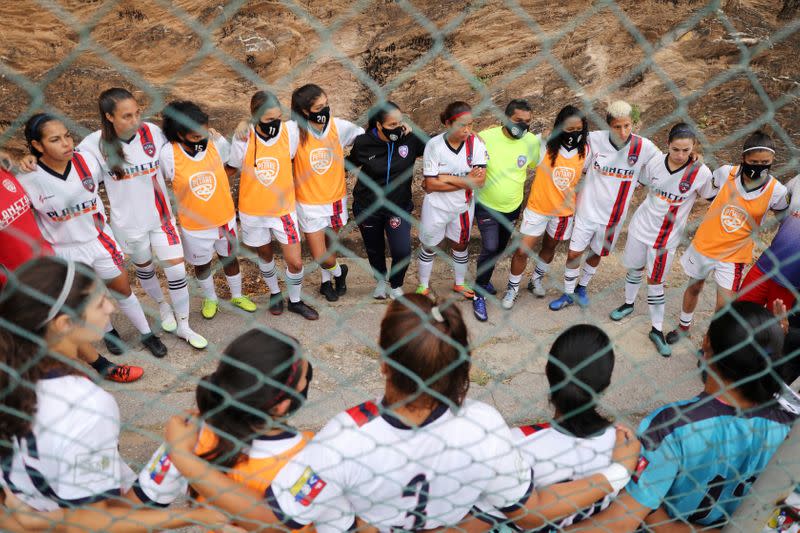 CARACAS, Oct 5 (Reuters) – Players of the Venezuelan soccer team denounced former Panamanian coach Kenneth Zseremeta on Tuesday for sexual harassment and abuse, after asking organizations such as FIFA to prohibit their recruitment in women’s soccer.

The footballer Deyna Castellanos, from the Venezuelan soccer team and Atlético de Madrid Femenino profile, disclosed on her Twitter account a letter supported by some 24 athletes in which they pointed out that between 2013 and 2017 there were numerous incidents of physical abuse around Zseremeta and psychological during training and mentioned the case of a young woman, without spreading her name.

“We ask all relevant people such as: FIFA, Confederations, Federations and leagues not to allow this ‘coach’ to continue making life within women’s football,” the players said in a letter to public opinion.

The Venezuelan Football Federation (FVF) tweeted a message with images in support of the players.

“Committed to assert respect for women in this sport. As a Federation, we support them today and at all times,” the FVF said late Tuesday.

Reuters could not immediately obtain a comment from Zseremeta.

The players explained that they reported now so that similar situations are not repeated. “Many of us continue with trauma and mental injuries that accompany us in our day to day,” they added in the letter.

The complaint of the players comes months after a woman denounced a Venezuelan writer for sexual abuse when she was 16 years old. The man was found dead after falling from the ninth floor of a building in Buenos Aires, Argentina.