Veracruz got a silver medal in Police and Firefighter Games 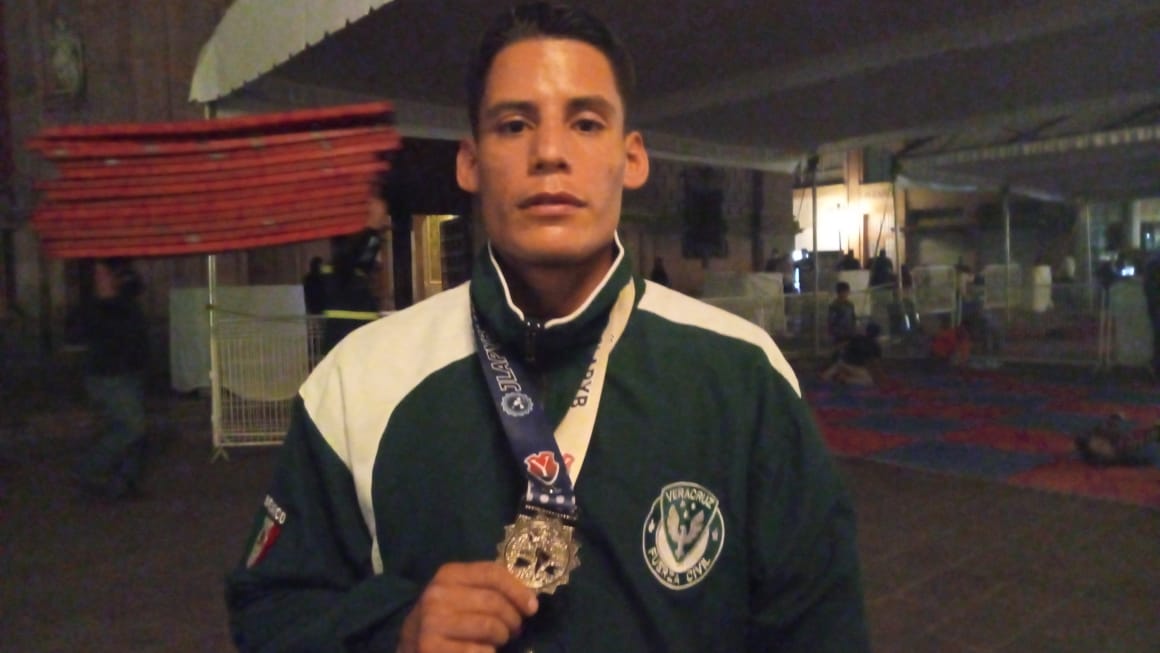 SAN LUIS POTOSÍ, SLP., December 11, 2021.- In the framework of the Latin American Games of Police and Firefighters, the element of the Civil Force

SAN LUIS POTOSÍ, SLP., December 11, 2021.- In the framework of the Latin American Games of Police and Firefighters, the element of the Civil Force of the state of Veracruz, Ulises Aníbal García Ortega managed to get on the podium by obtaining the silver medal in boxing competition.

He commented that he really enjoyed the contests, which he considered to be of great quality and emphasized in his first confrontation it was the fight that he liked the most and he hopes that for its second edition his efforts will pay off better and be able to climb to the top of the podium.

Ulises explained that throughout his career, which began at age 15, he has managed to represent his state in state Olympics and his passion for boxing has led him to win national medals.

He also commented that it was his father who instilled in him discipline and a taste for boxing, which they share because he was a professional boxer in the state of Veracruz and also considers it a good option for young people.

He explained that he has always felt that vocation to serve and protect citizens, which led him to enter a public security institution where he has found the balance to be able to carry out the work that he likes, as well as the support from his superiors to attend these types of competitions.

Mexico starts 2022 with 15 world boxing champions
Boxing: McGregor, ‘The Rock’ or Lewis freak out with Fury: “One of the best fights I’ve ever seen”
State selectives for weightlifting and boxing start heading to nationals
BOXING 1347