Verstappen and the sprint races in MotoGP: “I’m not going to enjoy them” 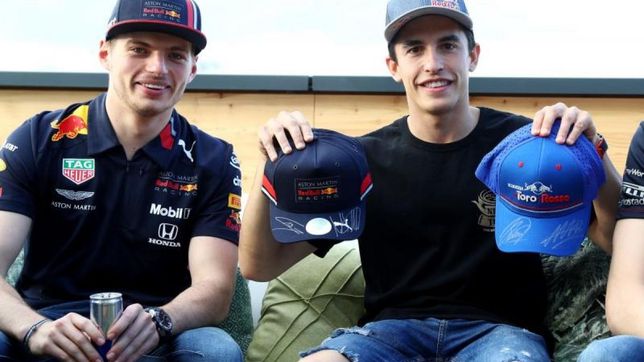 The introduction of sprint races in MotoGP from next season has caused divided opinions. Fabio Quartararo described as "totally stupid" the plan t

The introduction of sprint races in MotoGP from next season has caused divided opinions. Fabio Quartararo described as “totally stupid” the plan to include these appointments in 2023, while Marc Márquez considers that “they will make the category more spectacular”.

The new format was already introduced in 2021 in Formula 1, so the Grand Circus drivers know this type of race well. One of those who do not have a very positive opinion regarding the incorporation of this type of appointment is Max Verstappen: “I am not going to enjoy them. I just don’t like them. I think the emotion on Sunday should be special, it’s the only time you race. That’s how I grew up racing: Sunday is race day.”

The leader of the Formula 1 World Championship considers that these races on Saturday are not relevant to the championship: “The ones we have had so far have not drastically changed the results. More or less everyone starts with the same tire and finishes in the same position, because you are afraid of having an accident and starting behind in the main race. The points are shared there, so everyone tries to finish without problems. That’s not what you want.”

Another detractor of sprint races is George Russell, who considers “a bit daring on the part of MotoGP that they have made this decision without having tried them before”. The Mercedes driver compares it to his experience in Formula 1: “I think we were lucky to have had time to test them and see if they worked. MotoGP and Formula 1 are two very different beasts. The Brit recognizes that single-seaters are safer than motorcycling: “Obviously with two less wheels there is a greater chance of making mistakes or falling or getting injured, so surely we have more margin”.

GP Valencia MotoGP 2021: Acosta debuts on pole in a big way
MotoGP 2022: Bastianini: “I don’t do magic; Rossi, Lorenzo and Mrquez did it”
Lorenzo is a MotoGP legend
MOTOGP 809

Loading...
Newer Post
GP Netherlands F1 2022: Checo Prez ends the qualifiers with a spin that relegates him to fifth place at the start
Older Post
Cuban boxing: looking for rivals