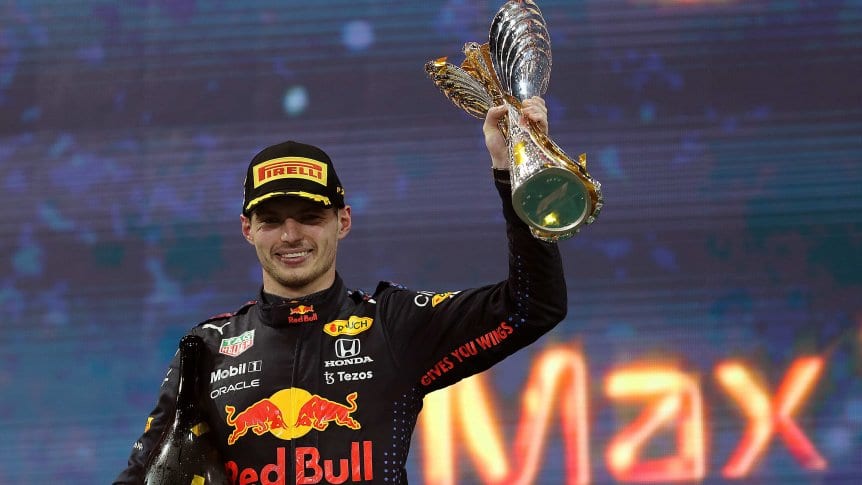 Max Verstappen spent part of his vacation in Brazil, where his father-in-law Nelson Piquet, a former Formul

Max Verstappen spent part of his vacation in Brazil, where his father-in-law Nelson Piquet, a former Formula 1 champion, lives. Courtesy.

Max Verstappen is already focused on the next edition of the Formula 1 World Championship that will start on March 20 at the Bahrain circuit and will have the pre-season tests from February 23 in Barcelona, ​​with the mission of defending his first title in the famous category.

After conquering the title in an exciting definition with Lewis Hamilton, the multiple champion, the young Red Bull driver traveled to Brazil to enjoy his vacations with Kelly, his girlfriend, who is the daughter of three-time Formula 1 world champion Nelson Piquet.

Verstappen’s break, who was seen with great joy at each appearance along with those who accompanied him on vacation, began in Brasilia, where the Piquet family lives. Later he traveled to the north of Brazil and spent Christmas in the city of Lençóis Maranhenses.

In recent days, Verstappen traveled to the old continent again and settled in Monaco where he is doing daily training. In his social networks, he was seen doing strength and aerobic work, preparing what will be the challenge of defending the Formula 1 title.

Verstappen, after the holidays, began to prepare to defend his title in Formula 1. Kindness.

Verstappen stressed that physical preparation, with a demanding program of activities, became a priority to reach one hundred percent for the pre-season tests that will take place from February 23 in Barcelona, ​​where the brand-new champion is expected to be back. Along with Hamilton, if, as expected, he decides to continue with the Mercedes team in Formula 1.

Video: This is how the Aston Martin and AlphaTauri engines sound for 2022 Formula 1
Formula 1 Championship standings and standings
F1 | “Who is the pilot of the day?”
FORMULA 1 1312

Loading...
Newer Post
NBA: Embiid does not have a grandmother: “I am capable of being Shaq, Nowitzki, Kobe or Jordan”
Older Post
Mourning in national boxing, Bernardo Caraballo passed away