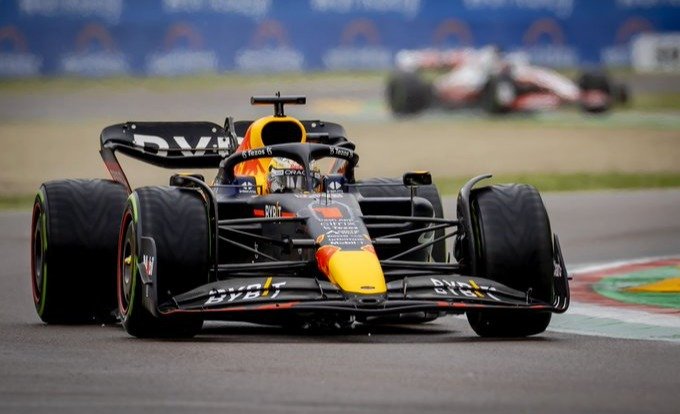 The Dutch Max Verstappen, world champion, and the Mexican Sergio "Checo" Pérez got the 1-2 for the Red Bull team at the Emilia Roma

The Dutch Max Verstappen, world champion, and the Mexican Sergio “Checo” Pérez got the 1-2 for the Red Bull team at the Emilia Romagna Grand Prix, held at the Imola circuit, for the fourth date of Formula 1 .

Verstappen, after starting from pole position, prevailed from start to finish on the Italian circuit, followed by his teammate who gained a position from the start in a rough competition at the start due to the abandonment of the Spaniards Carlos Sainz and Fernando Alonso.

The Austrian team closed out a perfect weekend at the Enzo and Dino Ferrari racetrack because, added to Verstappen’s victory in Saturday’s Sprint race, it took 58 points and made up ground in the Constructors’ Cup after a troubled start to the season of reliability in their cars.

After the first four dates, Red Bull and Ferrari share two wins each due to the successes of Charles Leclerc in Bahrain and Australia and the Dutchman in Saudi Arabia and Imola.

Right at home, Ferrari had its worst performance so far this season: Sainz quickly defected after a collision with Australian Daniel Ricciardi and Leclerc finished sixth after starting on the front row behind Verstappen.

The Monegasque, however, kept the lead in the World Championship with 86 units, followed by the reigning champion with 69 and the Mexican Pérez (54), who advanced to third place at the expense of British George Russell, Mercedes’ second midfielder.

In the World Championship, Red Bull continues as Ferrari’s escort but now with a difference of just 11 points that it will try to reduce in two weeks at the Miami Grand Prix.

Mercedes, the dominant team in the last eight seasons, had its second race of the year without reaching the podium, as it had happened in Jeddah, on March 27. Russell was fourth behind compatriot Lando Norris (McLaren) and multi-champion Lewis Hamilton finished a meager thirteenth place.

In 2022, the German company could barely climb to third place in Bahrain, with Hamilton, and Australia, with Russell.

The fifth race of the season will take place next Sunday, May 8, at the Miami Gardens circuit, in Florida, United States.

Tags: Imola, victory, Verstappen
“In Formula 1 you are at the highest level, every hour of work makes a difference”
Fernando Alonso’s Formula 1, exhibited in Vigo
the Formula 1 driver was filmed with another woman after winning the Monaco GP and apologizes
FORMULA 1 1556