Verstappen: “With this car you don’t have to take risks” 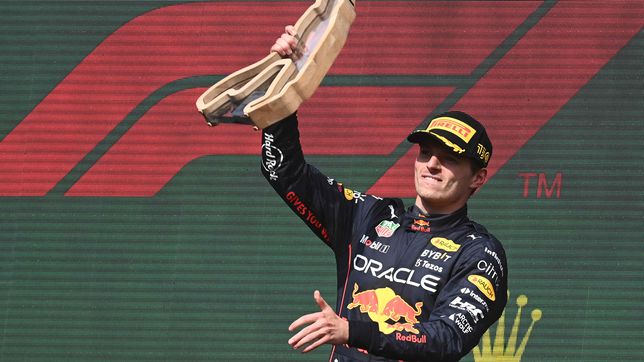 The 24-year-old Verstappen's ninth win of the year and the 29th of his career. The Dutchman won one of his two home Grands Prix (he was born in Be

The 24-year-old Verstappen’s ninth win of the year and the 29th of his career. The Dutchman won one of his two home Grands Prix (he was born in Belgium and tens of thousands of fans from the Netherlands always travel). His leadership now reaches a 93-point advantage over Pérez, which is 98 with respect to Leclerc. The World Cup is decided, but there are eight races left to calculate when he will be mathematically insured. Regarding the enormous superiority in Spa-Francorchamps, Max is cautious: “It is specific to this circuit, which favors us. I expect a tight fight with Ferrari elsewhere. At Zandvoort (this weekend, no rest) there are fewer straights and more downforce so it will be different.” The scene of the Dutch GP, a Monaco with touches of Jarama, can favor the F1-75.

As for his strategy in the race to come back from 14th position, he admits he didn’t need to be in a hurry: “With this car you don’t have to take risks, we knew that, so I tried to stay out of trouble. He didn’t want to waste too much time either. Then Lewis was driving a broken car so there would be quite a gap. I had to move to the left and it was very dirty then, I could barely see anything… but we survived unharmed.” “I knew that once I got rid of the problems in the first corner, I could have a good race, but I didn’t know when I would take the lead,” he admits. He barely needed twelve laps.

Loading...
Newer Post
NBA: Anthony Edwards does not set any limits: “This year I want to be a starter in the All Star”
Older Post
The physical transformation of Andy Ruiz to face Luis Ortiz