Versus / At 43 years old, “Rambert” reappears with a goal in Paraguayan soccer 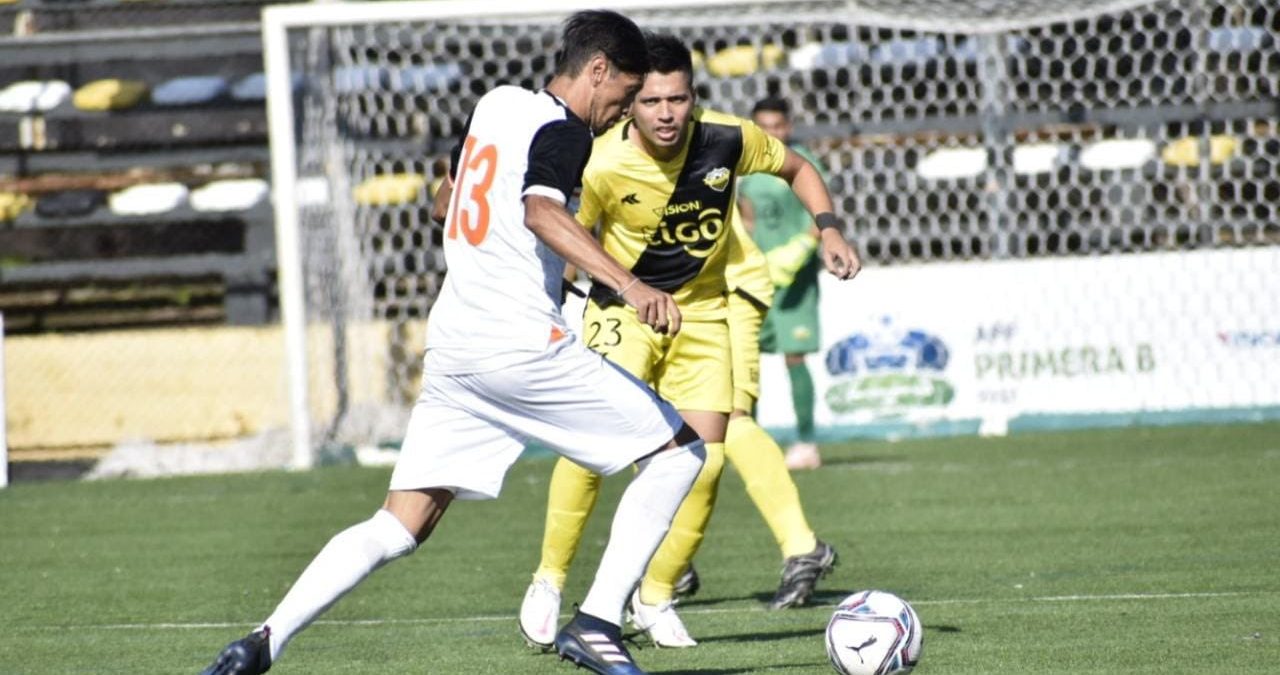 Versus / At 43 years old, “Rambert” reappears with a goal in Paraguayan soccer

The experienced Paraguayan soccer player, Enrique Vera, 43 years old, who had already retired from soccer, reappeared in Guaraní football defending the General Díaz shirt in the Third Division; “Rambert” even had the luxury of registering the first sacred cry of the game, but his team suffered a stumble in its debut.

At the Roque Battilana stadium of Deportivo Recoleta, the local team achieved a fantastic comeback against the aviator team, which went ahead on the scoreboard with a great goal from Enrique Vera, who had not played an official match since 2017.

His last appearance had been in Nelson Haedo Valdez’s farewell game, in December of last year at Defensores del Chaco.

“Rambert” appeared this Sunday in the Recoleta neighborhood with his historic number, the n.13 and the captain’s ribbon. However, “Funebrero” spoiled the party and got his first victory on the opening day of Primera B.

Vera broke the zero in the 9th minute of the game. Víctor Zorrilla equalized the discussion in favor of the locals in the 27th minute. The visit managed to hit again in the 30th minute, through José Rotela, but Néstor “Loco” Bareiro appeared, who signed a brace and ended up taking the ” player of the match”; he scored in the 68th and 78th minute for Deportivo Recoleta’s final 3-2 triumph.

FIRST DIVISION B – RESULTS OF THE FIRST DATE

The Paraguayan coach, Gustavo Morínigo, continues to leave his mark on the Coritiba of Brazilian football, a club that this Sunday qualified for the final of the Paranaense Championship after eliminating its classic rival, Athletico Paranaense, current champion of the Copa Sudamericana, in the semifinals.

Last Wednesday, March 23, “Coxa” had won 2-1 at the Arena da Baixada, in the first leg. And this Sunday, at the Couto Pereira stadium, home of Coritiba, the host tied 1-1 with Athletico Paranaense and signed up for the grand final.

Alef Manga opened the scoring in the 36th minute for the host, while Felipe Teixeira, in the 58th minute, scored the tie with a penalty kick and added suspense to the series. However, the group led by Gustavo Morínigo defended the difference and fulfilled its mission.

The Paraguayan strategist, who landed in the Brazilian team at the beginning of the 2021 season, continues to write a rich history with “Coxa”, with which he achieved promotion to Serie A of Brazilian football last season.

Their rival in the Estadual final will emerge from the duel that Maringa FC and El Operario are currently disputing. In the first leg it was a 1-1 draw.

Argentine striker Diego Churín, currently at Grêmio de Porto Alegre, is relegated and would be looking for a new club for the rest of the season. It is important to remember that the former Cerro Porteño was involved in a controversial event after a match for the Brazilian Cup, with an act of indiscipline.

According to reports from the neighboring country, Churín is negotiating with Atlético Goianiense, from the first division of Brazil and which has the Copa Sudamericana in the season. Supposedly, they are waiting for the Gaúcho championship to end to decide what they will do with the attacker, who would go on loan.

If it happens, Churín would be a teammate of Paraguayan Brian Montenegro, a former Olimpia who has been there since last season.

The champion with Cerro Porteño does not have good numbers with the “Tri” of Porto Alegre, where he played 36 games (counting all competitions) and scored only three goals.

🚨Diego Churin can leave Gremio.
*️⃣There is a negotiation for him to go to Atlético Goianiense, who plays #South American.
*️⃣The decision on the player’s future will be made only after the Gaúcho Championship is over. pic.twitter.com/xxd9MWbguc

Tags: Featured, years, Ascent
Tickets for the final phase for promotion to the LEB Plata are on sale
Versus / Former Paraguayan soccer figures are champions in the Concepcionra League
There are already prices for subscriptions and tickets for the Final Phase of Ascent of the City of Huelva | Huelva24
FOOTBALL 3176