Versus / Former Paraguayan soccer figures are champions in the Concepcionra League 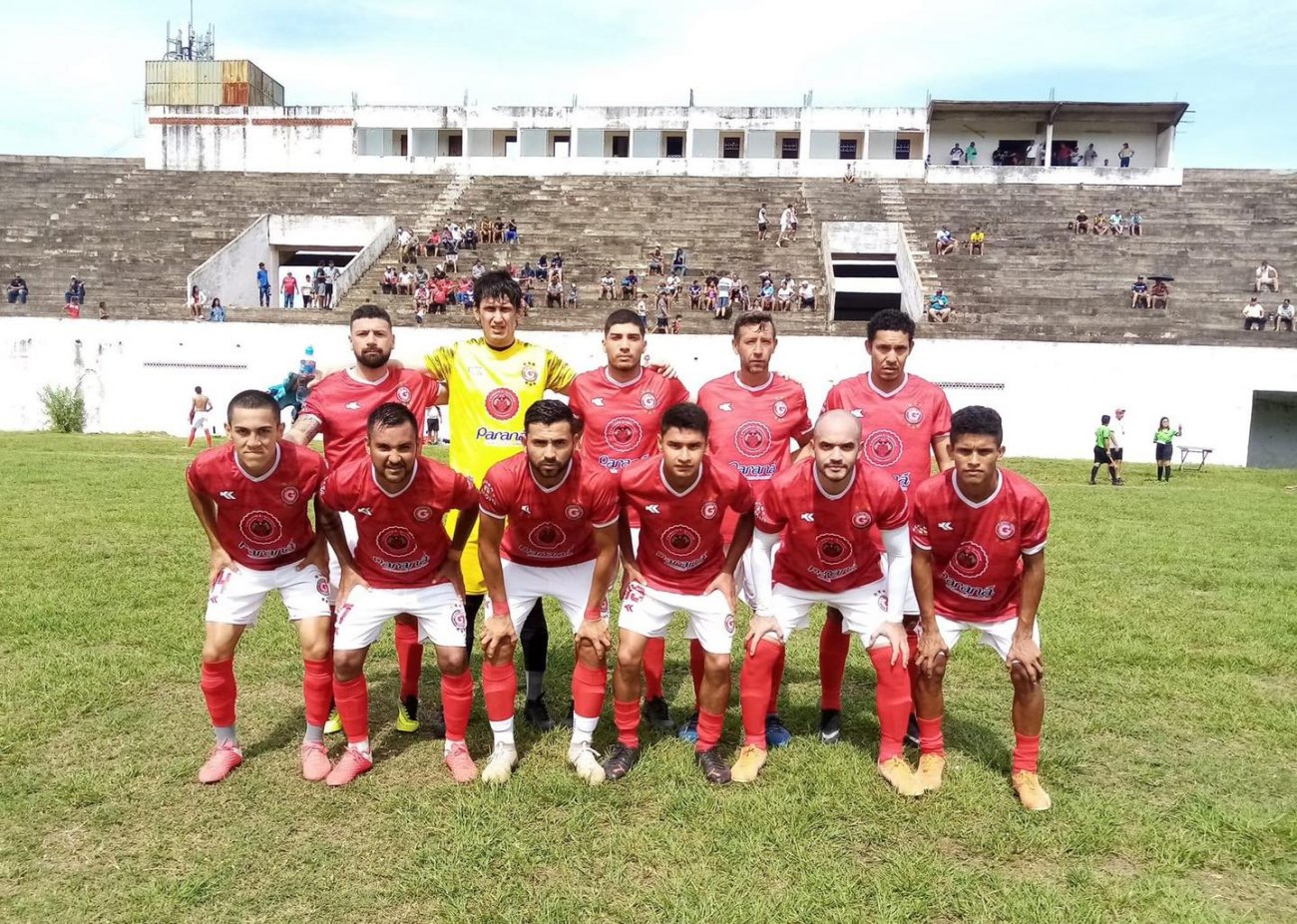 The Argentine goalkeeper, Hilario Navarro, and the left back, Arnaldo Vera, at the time figures in the

Versus / Former Paraguayan soccer figures are champions in the Concepcionra League

The Argentine goalkeeper, Hilario Navarro, and the left back, Arnaldo Vera, at the time figures in the highest category of Paraguayan football, were consecrated this Sunday as brand-new champions of the Concepcionra Football League with the General Garay club.

The military team, technically commanded by Germán Centurión, who also had his foray into professional football, won the title after beating Sportivo Obrero 1-0 in the final, with a goal from Joel Acuña in the 75th minute.

Hilario Navarro, who had been a figure in the semifinals and was a key player in the penalty shootout, finished with an unbeaten goal in the final and won the award for &#8220;Best Goalkeeper of the Championship&#8221;.

The man from Corrientes became champion of the First Division of Paraguayan soccer with Cerro Porteño and won the Copa Sudamericana with Independiente de Avellaneda. In our country he also played in Guaraní. He also defended the resistance goal in the Intermediate Division.

In the case of Arnaldo Vera, he was in charge of lifting the trophy as captain of General Garay, who returned to being champion after 24 years of drought. And he did it unbeaten, registering the seventh title in his history.

The left-hander is a national multi-champion with Libertad, with whom he won several titles between 2002 and 2010. He was also champion in Bolivian soccer with Sport Boys Warnes in 2015.

Cerro Porteño would be close to triggering a bombshell in the pass market in Paraguayan soccer; the Cyclone negotiates the possible arrival of the Brazilian striker, Luiz Adriano, a multi-time continental champion and with a past at AC Milan in Italy at the time.

The 34-year-old attacker, who was a great step in European football at the time, currently plays for Palmeiras in Brazil, with whom he was champion of the Copa Libertadores alongside Paraguayan defender Gustavo Gómez, in the last two editions.

Luiz Adriano started his professional career at the Porto Alegre International in 2006. That same year he won the Copa Libertadores and the Club World Cup with the gaucho team. In Japan they defeated the Barcelona of Ronaldinho Gaúcho, Xavi, Deco and company.

Then, in 2009 he was champion of the Europa League with Shakhtar Donetsk of Ukraine, a team with which he won 15 titles in Ukrainian football.

Among his achievements we can also mention the Italian Super Cup that he achieved with AC Milan in 2016, as well as two more titles in Russian football with Sparta Moscow.

On June 30, 2019, Palmeiras of Brazil confirmed his signing for 4 seasons and since then he has helped to obtain 4 trophies; the Paulista Championship, the Brazil Cup and the Libertadores Cup on two occasions.

In other words, he was champion in all the teams where he played.

Brazilian media assure that this week will be decisive in defining the future of the forward, who would not be taken into account in &#8220;Verdao&#8221;. However, the Porto Alegre International would also be interested in repatriating him, so there is a tough competition for the Cyclone.

The Paraguayan midfielder, Robert Piris Da Motta, is ready to fulfill one of his dreams, which was confessed by the player himself at the time; wear the Cerro Porteño shirt.

The 27-year-old midfielder, who belongs to the records of Flamengo from Brazil, is about to land in Barrio Obrero. The Cyclone agreed to the definitive purchase of the white-haired footballer&#8217;s pass.

&#8220;Robert Piris Da Motta is definitive of Cerro Porteño. His presentation will be in the week,&#8221; said Ireneo Acosta, a journalist for Grupo Nación.

Sources close to the Barça institution assure that only the signature is missing for the 27-year-old midfielder to be officially presented as a Barça reinforcement. The footballer, who has not had much participation in Flamengo, would have chosen Cerro Porteño because of his affection for Francisco Arce, who made him debut in the First Division in Rubio Ñu, in 2009.

Piris Da Motta, who in recent times also lost ground in the Paraguayan National Team, has just played 6 games in the second semester with Flamengo, a club to which he returned after an interesting adventure through Turkish football in the ranks of Gençlerbirliği. He would arrive in our country this Tuesday.

The midfielder had a stint at Olimpia between 2015 and 2016 and even won the Clausura 2015 tournament with the team striped with Francisco Arce as coach.