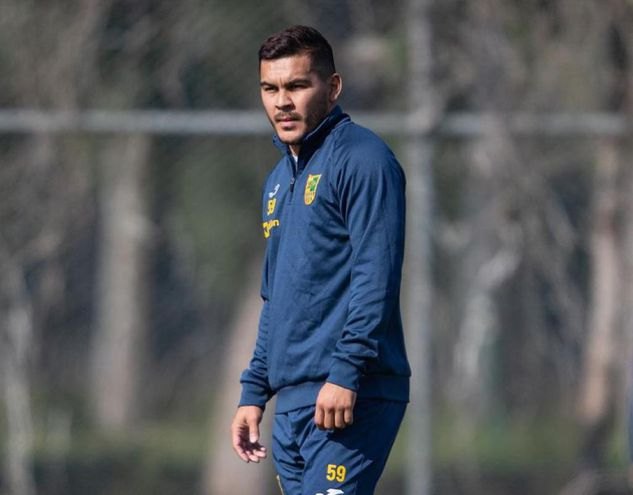 The last minute movements in the book of passes, which closed this Friday, July 22, threw some surprises and among them appears the return of the soccer player Jorge Rojas.

The midfielder who emerged in Cerro Porteño and with a closer step also in Olimpia, was lately in the Metalist of Ukraine and the conflict with Russia just broke out upon his arrival in the European country.

Now, Jorge Rojas returns to the country and will wear Ameliano’s shirtwhich is fighting to stay in the First Division and for this it is obliged to have a great second semester.

It will be the fourth team in Paraguayan soccer for “Rojitas”, who debuted in the First Division in 2011 with Cerro Porteño, where he won two titles. He also wore the Olimpia shirt, where he was also champion in 2020 and also had a short stint at Sol de América.

The transfer book for the second semester was closed this Friday and the teams made their last-minute moves seeking to strengthen their respective teams.

One of those who made a move on the closure was General Caballero, who agreed to the arrival of a soccer player from an exotic league. It treats of the forward of 30 years Federico Rasicborn in Argentina and who also has Croatian nationality.

Rasic’s last team was Karmiotissa Polemidion of the Cyprus First Division and before that he had spells with Paphos FC also of Cyprus, as well as Arsenal Tula of Russia and a short spell at Sona Calcio of Italy’s fourth division.

Rasic emerged in Gimnasia and Esgrima de la Plata in Argentina in 2011 and in his country of birth he also wore the Arsenal de Sarandí jersey.

Cerro Porteño will return to Ciudad del Este next weekend to face Ameliano for the fourth round of the Clausura tournament.

The “Ciclón” will return to the east of the country for the first time after the pandemic, since its last visit had been in July 2019, when Deportivo Santaní decided to be local at the Antonio Aranda on date 1 of the Closing of that year .

And although three years have passed, there are some names that are still in the Barça squad and will repeat their presence since that last visit. Federico Carrizo, Alberto Espínola and Daniel Rivas were starters in the game against Deportivo Santaní, with “Pachi” even scoring the second goal of the 2-0 win.

Sergio Díaz entered the second half, who is also in the current Cerro Porteño squad, but is recovering from a torn cruciate ligament.