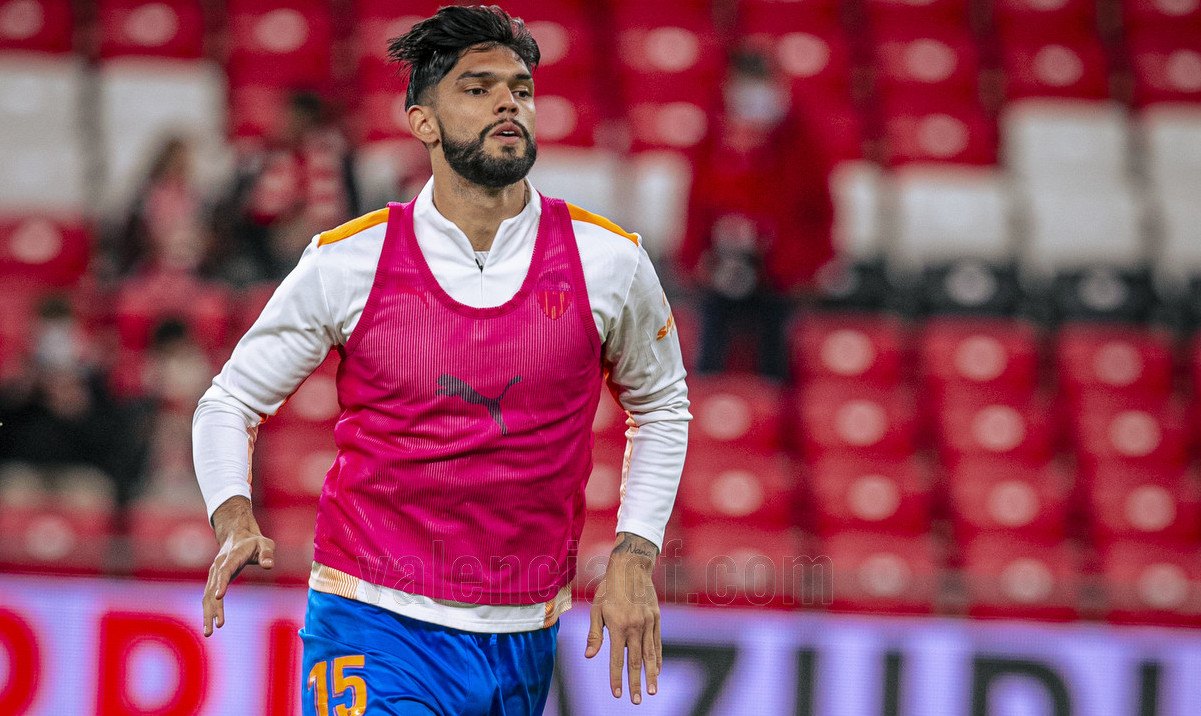 The Paraguayan defender, Omar Alderete, who belongs to the records of Hertha Berlin in Germany, will continue his career in Spanish football, where last season he already left a very good impression with the Valencia shirt.

In the absence of official confirmation, the 25-year-old defender is a new reinforcement for Getafe, who in the previous edition of LaLiga saved the category in the final dates.

“Hertha Berlin is giving him on loan for one year and with an obligation to buy. This Friday the medical review will be done and if everything goes well, he will sign his contract,” said the Argentine journalist, César Luis Merlo.

In the past season, Alderete recorded 34 games played and two goals scored with Valencia. The Paraguayan soccer player started his sports career in Cerro Porteño, from there he went through Gimnasia and Esgrima de La Plata, as well as Huracán in Argentina, from where he jumped to Europe, where he has already defended the jersey of clubs such as Basel of Switzerland and the Hertha Berlin from Germany, the club that owns his pass.

💥 “ALDERETE WILL SIGN FOR GETAFE. Tomorrow it could become OFFICIAL”

The Cerro Porteño footballer, Juan Patiño, was involved in a strong confrontation with some Barça fans who complained about some football issues.

One of the captains of the Cyclone is trending at the moment for a viral video where he is seen totally taken out and insulting fans.

Hours after that episode, Patiño wrote a long message on his official Instagram account. “Since I arrived at the club I have gone through good and bad moments, of sadness and joy, I took my chest in more difficult situations and this is not going to be the exception, I apologize to the people I disrespected and believe me that I will give do my best to help the team and go in search of my third title with Cerro”.

After the superclásico against Olimpia, the atmosphere in Cerro became a bit turbulent with some soccer players.

The Directorate of Referees of the Paraguayan Football Association made the nomination of those in charge of imparting justice on the seventh date of the Clausura 2022 tournament, in which some who saw action last day will not be present.

While Derlis Benítez will impart justice in another of the strong matches of the seventh date; in the game between Nacional and Libertad, on Sunday at the Arsenio Erico.

Éber Aquino, who has just refereed last Sunday’s superclásico, will be in charge of the VAR in the match between Cerro Porteño and Guaraní in Nueva Olla.

Of those who were on the last date and were “erased” for the seventh chapter are César Rolón and Mario Díaz de Vivar, main referee and VAR in the controversial tie between Resistencia and Tacuary.

Sun of America vs. Guairena FC

Tags: Alderete, Featured, Getafe
the champion will kick off the opening 2022
Versus / Roque Santa Cruz, the man with the 11 titles in Paraguayan football
Versus / The terrifying accident that occurred at the British Formula 1 Grand Prix
FOOTBALL 3697