Versus / Roque Santa Cruz, the man with the 11 titles in Paraguayan football 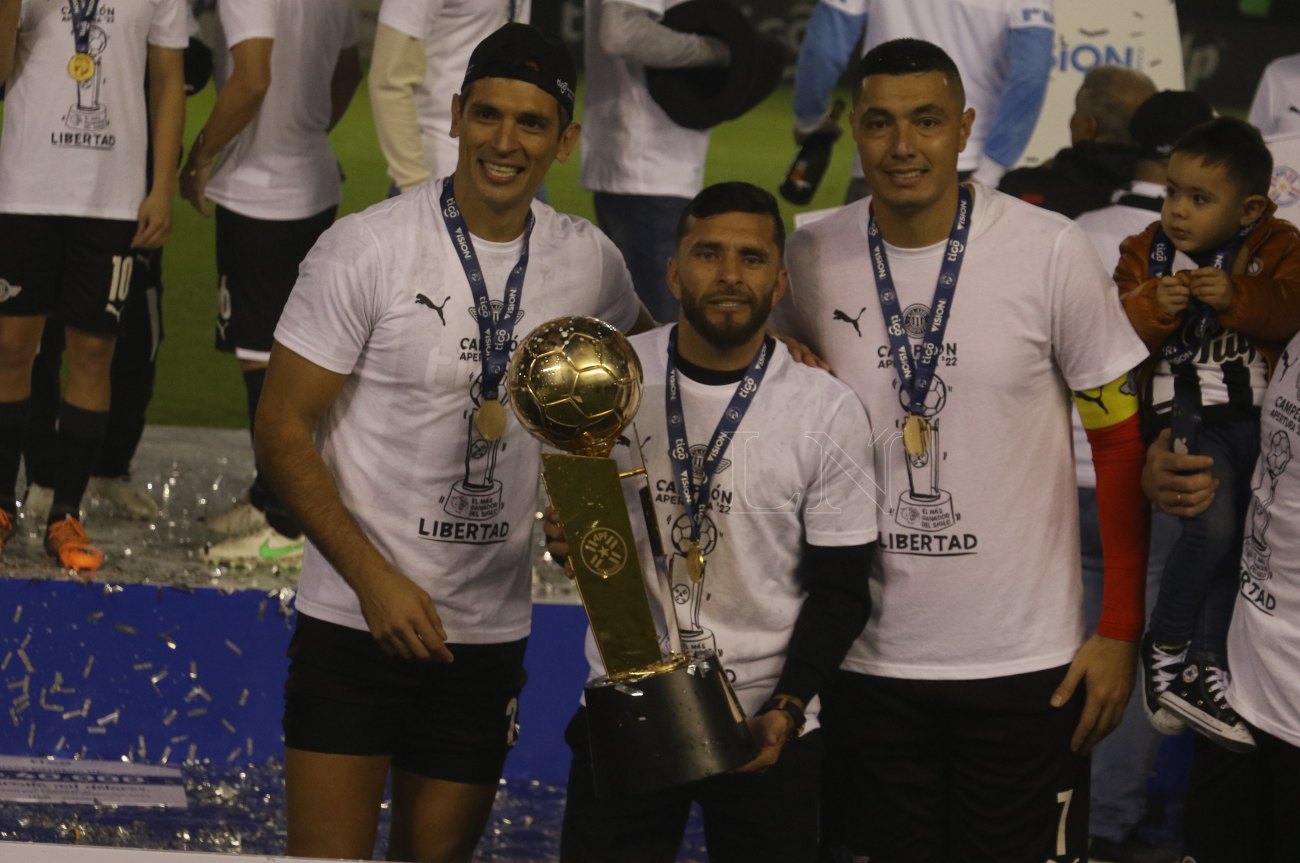 Versus / Roque Santa Cruz, the man with the 11 titles in Paraguayan football

The historic forward, Roque Luis Santa Cruz Cantero, won his first title this Saturday with the Libertad shirt in just 6 months of stay in the repollera institution after his surprise landing in Tuyucuá from Olimpia, the club of his loves.

With the Albinegro victory against Cerro Porteño, in La Huerta, the 40-year-old soccer player reached his 11th consecration in Guaraní football, the first with a club that is not the “Dean”, with which he won 10 titles in two stages.

His historic first championship was achieved with the Absolute Championship 1997, in the year of his official debut in the First Division. His second celebration came just a year later with the 1998 Apertura tournament, where he scored 3 goals in 9 games played.

Then came his best version before making the leap to Europe. His third title came in the 1999 Apertura where Olimpia had Santa Cruz as the top figure. After that star, it was time to land in German football, in the powerful Bayern Munich.

After wearing the jerseys of teams such as Bayern Munich in Germany, Blackburn Rovers and Manchester City in England, Real Betis and Malaga in Spain and Cruz Azul in Mexico, the one baptized at the time as the “Babygol” returned to his first love; the Olympia. He did it with 5 Bundesliga and 4 German Cups in his suitcases. In addition to a Champions League and an Intercontinental.

Roque Santa Cruz returned to Para Uno in June 2016, after 17 years abroad. At first it was complicated and it was not the desired return, but in a span of 5 years he managed to win 8 titles, 5 of them together with Daniel Garnero.

After that, Roque shouted champion again in the Clausura 2020 with Néstor “Pipo” Gorosito as coach. While with Julio César Cáceres as fringed DT they achieved the 2021 Paraguay Cup and the 2021 Paraguayan Super Cup.

At the beginning of 2022, he met Garnero again, but this time in Libertad, and they did it again; lift another trophy together, that of the Apertura 2022. Santa Cruz’s most visible contribution has been 7 sacred cries in 18 games played in the championship.

THE 11 TITLES OF ROQUE SANTA CRUZ IN PARAGUAYAN FOOTBALL:

Libertad won one more title in Paraguayan soccer, number 22 in its rich history, after beating Cerro Porteño in an incidental match full of expulsions. Bautista Merlini scored the winning goal for Gumarela and Daniel Rivas, Claudio Aquino, after a controversial gesture and Rafael Carrascal saw the red card in the Ciclón.

The Cyclone only needed a win and even a draw was enough for the Gumarelo. The match in Tuyucuá already started very badly, with several dropouts due to injuries. In Cerro, Carlos Rolón and Fabián Franco “dropped down” before the end of the first half, a fact that forced Francisco Arce to change his scheme and even “mutate” some players, such as Piris da Motta, who stepped down from center back .

In the gumarelo Daniel Bocanegra and Rodrigo Bogarín also left due to injury, but the local settled much better with the income of Diego Gómez and Alexander Barboza.

The game was without many scoring chances, but with Libertad dominating being with equal men. Libertad bet a lot on the imbalance of Baustista Merlini and the power of Lorenzo Melgarejo. In the Cyclone Aquino was not inspired and had very few surprises to damage the offensive.

In the complementary one everything broke down very quickly; Daniel Rivas saw a second yellow, after an innocent foul against Merlini.

Little by little, the needy Cerro got more complicated. In the absence of 20 minutes and a little more, Claudio Aquino was sent off in a span of three seconds. He angrily claimed throwing the ball to the side, which meant the first yellow card and a moment later, an applause in the face of the game, cost him the red card.

In case something was missing, the Cyclone returned to stay with one less. He ended up defending with eight players, as Rafael Carrascal also saw a second yellow card.

It was obviously an absolute domain of Gumarelo and Bautista Merlini sentenced the fight with a great right hand, which was the official seal of title number 22 in Tuyucuá.

The president of Cerro Porteño, Juan José Zapag, left Tuyucuá furious and fired everything towards the arbitration. He detracted from Libertad, which he considers a great team, but not a great champion.

“This borders on the absurd, this referee had to have the rival’s shirt, because he played for the rival. The rival is a great team, but not a great champion,” assured the Cerro Porteño head.

Next, Juan José Zapag added: “With 8 players they couldn’t win, that shows the greatness of the Cerro Porteño club and the delinquency of Paraguayan soccer,” he shot in a short talk that the president of the Cyclone had with the media.

Tags: Paraguayan Soccer, Football, Freedom
the champion will kick off the opening 2022
Versus / Two Paraguayans in the ideal team of the date in Argentine soccer
Versus / Argentine football starts this Friday with the presence of several Paraguayans
FOOTBALL 3176