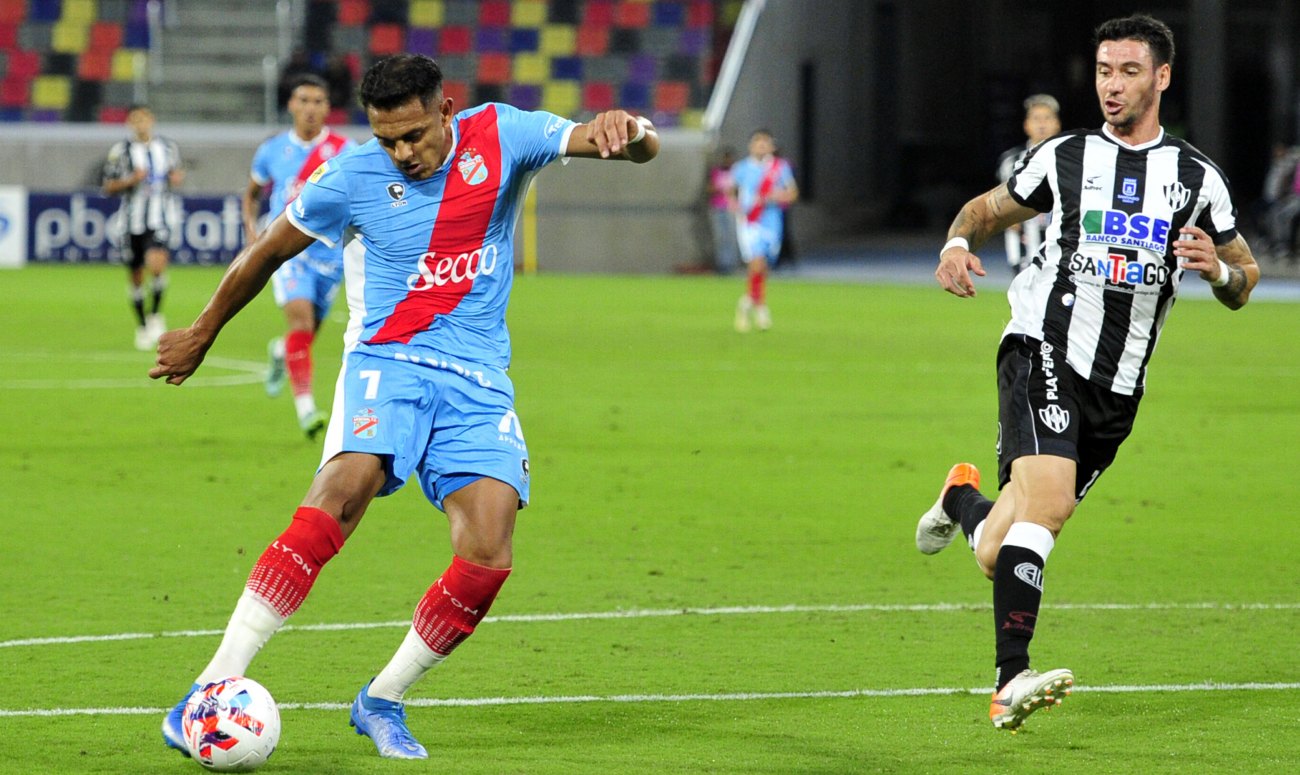 Date 3 of the Argentine Professional Football League is over, with an important Paraguayan presence in several of the matches. So much so that two footballers appear in the ideal team of the date according to the specialized account in SofaScore numbers.

The front Christian Colmanwho was one of the players with the highest score on the third day with 8.8scored two goals in the tie between Arsenal and San Lorenzo de Almagro.

The Paraguayan was key for the Sarandí team to rescue a point from Boedo, with two goals in a few minutes. We must remember that Colmán entered the complementary, his team lost 3-1 and in 12 minutes the Paraguayan managed to change history.

On the other hand, another great highlight was the defender Gustavo Velazquezwho obtained a score of 7.7, after an impeccable match in the victory of his team, Newe’lls against Talleres in Córdoba. The center-back played as a starter for the first time this season and was totally convincing.

Julio Enciso was officially presented this Friday at Brighton & Hove Albion of the Premier League, where he will play for the next four seasons, becoming the largest transfer in the history of Paraguayan football.

Enciso will thus join Miguel Almirón and Braian Ojeda as the Paraguayan players who will be present in the 2022-23 season of the most competitive league in the world.

It took more than a decade for at least more than two Paraguayans to meet again in the First Division of English football. In fact, the last time there were several compatriots at the same time was between 2010 and 2011, when Roque Santa Cruz, Cristian Riveros, Paulo Da Silva and Antolín Alcaraz were present.

Until the end of 2010, Santa Cruz wore the Manchester City shirt and in 2011 he returned to Blackburn Rovers, the club that had acquired him from Bayern Munich in 2007.

Cristian Riveros, for his part, had arrived at Sunderland after the 2010 World Cup in South Africa, joining Paulo Da Silva, who had already worn this shirt since 2009 and did so until January 2011 before being transferred to Zaragoza.

While also in the second half of 2010 and after his great performance in South Africa 2010, Antolín Alcaraz arrived at Wigan where he became one of the most regular players in his first two seasons until being transferred to Everton, where he played until 2015. .

Since then, the maximum number of Paraguayan players that coincided in this league was two, with Fabián Balbuena at West Ham and Miguel Almirón at Newcastle between 2019 and 2021, before the defender was transferred to Russian football.

Now, with Almirón, Ojeda and Enciso, the number of Paraguayans is growing again and one more may even be added (Omar Alderete), something necessary for the growth of the level of Paraguayan soccer.

Julio Enciso has already signed as a new player for Brighton in England and was announced as one of the great South American promises in English football. Although the club has not yet revealed, the footballer has already revealed which number he will use in the Premier League.

In a chat with Versus TV, as soon as he finished signing his contract, Julio Enciso told many details about his new club, including the shirt number. As in Libertad, the “Joya” will wear number 19, which is very special for him, since it was the one with which he shone in Paraguayan soccer and debuted in the Paraguayan team for Qualifiers.

Enciso commented how surprised he is with the enormous infrastructure of the club, since he went to see the training center where he will develop his full potential.

The 18-year-old Paraguayan was transferred by Libertad to Brighton, for an amount close to 10 million pounds (about 14 million dollars) and signed a four-year contract, plus one more season as an option.