Vettel, another victim of childhood bullying 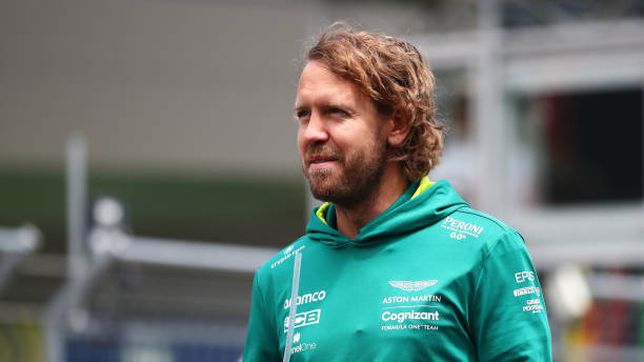 Sebastian Vettel is one of the greatest drivers in the history of Formula 1. The German is fifth among the drivers with the most world titles, four

Sebastian Vettel is one of the greatest drivers in the history of Formula 1. The German is fifth among the drivers with the most world titles, four, tied with the Frenchman Alain Prost. His four world titles marked a before and after in the modern era of the ‘Great Circus’ by winning them consecutively between 2010 and 2013. All with Red Bull. Furthermore, Sebastian remains the youngest F1 world champion (23 years and 134 days). His 53 victories, distributed between the Austrian brand, Toro Rosso and Ferrari corroborate that the German by quality level is in the parnassus of Formula 1.

However, to reach the elite, many athletes like the German have to give up their family, their friends and their tastes to reach the elite. La Gazzetta dello Sport has broadcast a video from the German television network Spiegel TV, in which the pilot, still very young, tells of having been a victim of bullying.

This video is part of a report made by German television when Vettel belonged to Red Bull and in which he talks about his childhood. Sebastian at the age of 11 was a prodigy in karting and in Germany many cataloged him as the next Michael Schumacher. In the 1998 video, little Vettel reveals: “I once brought a trophy to school, but they immediately destroyed it and called me an exhibitionist.” Vettel suffered bullying in his childhood due to envy of his great talent and it was difficult for him to create friendships due to this situation. However, this did not in the least affect Vettel’s passion to reach the pinnacle of motorsport.

Vettel’s new case is not the only one in Formula 1. In 2018, Hamilton revealed that he also suffered bullying in his childhood. ““I started running when I was 8 years old and I suffered until I was 17 or 18 years old. “I was a victim of bullying at school, I needed to miss a lot and that’s why I was always behind in the subjects. I always stayed in the detention room, staring at the wall and thinking how I hate school.” In the world of sports, similar cases have already been revealed in other disciplines. Carolina Marín, Frank Ribery, Mario Balotelli or Simon Billes are some examples of the difficulties that some athletes suffer to reach the world elite.

Loading...
Newer Post
Assault on firefighters with golf balls during a “deliberate” fire in a nature reserve
Older Post
Who will go from glory to hell in the 2022 NFL?