Vettel speaks out on homosexuality in Formula 1 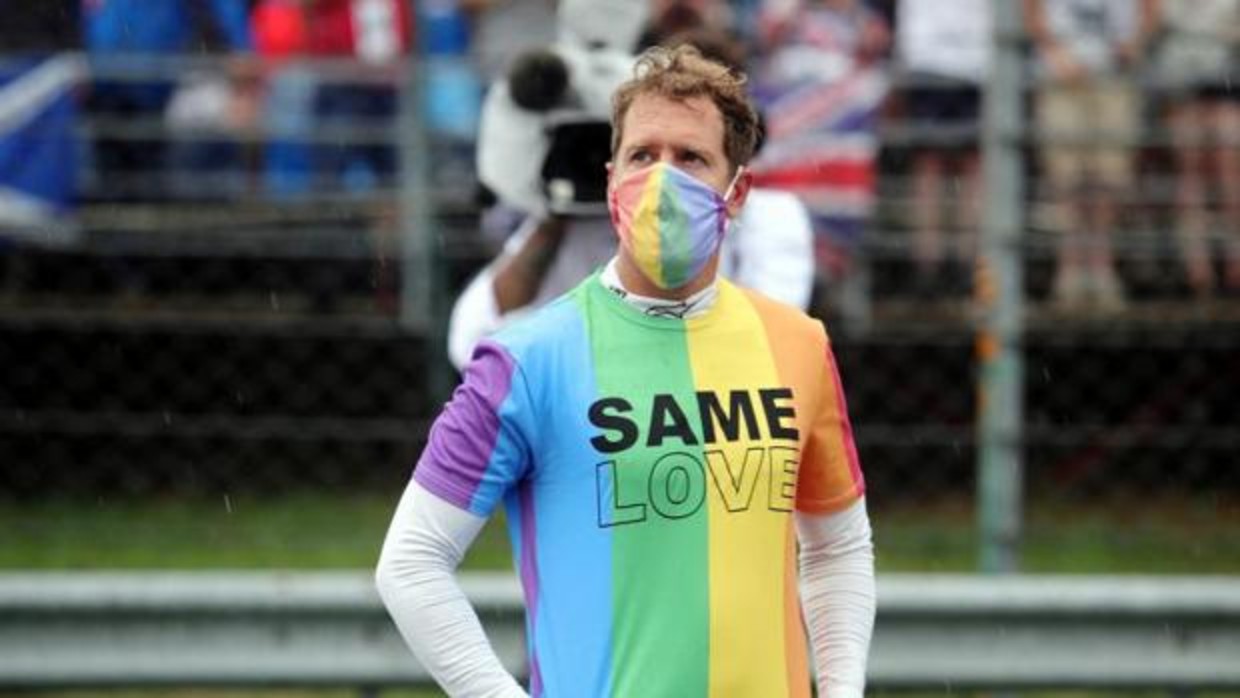 06/10/2022 Updated at 7:50 p.m. Sebastian Vettel does not usually leave anyone indifferent every time he makes a statement. He no

Sebastian Vettel does not usually leave anyone indifferent every time he makes a statement. He now he has caused a sensation again after granting an interview to the magazine ‘Attitude’ in which he pronounces on homosexuality, Formula 1 and the possibility of homosexual drivers on the grid. The four-time champion is a defender of the collective LGBTQ and valued how a gay driver would be received in the World Cup. “Maybe that wouldn’t have been the case in the past, but now I think a gay F1 driver would be welcome, and rightfully so. I feel that a gay runner would help speed up the elimination of prejudice and it would help push our sport in a better direction,” says Vettel, adding: “F1 is a very popular sport all over the world. It relates to something that many people do every day on a basic level or, even if they don’t drive, at least encounter it regularly: driving, or being transported in a car. Although driving itself is dynamic, I’m sorry to say that some members of the driving community, if I may call it that, are very slow, almost static, when it comes to progress. Nevertheless, progress is inevitable . Cars have changed and will continue to change, for the better. In fact, drivers have changed and will continue to change, again for the better. So I am hopeful and would therefore welcome a gay F1 driver. And, as I say, I believe and hope that our sport is ready for one.”

the pilot of Aston-Martin he believes that society is making a lot of progress and that there is much more tolerance in all sectors, although there are still barriers to remove: «I feel that the whole world has changed a lot. There have always been LGBTQ people in F1, but I can’t speak for them or say whether they felt they had to hide or not. Certainly the fact that the world has opened up has helped them get out. The situation is improving , and now you see some engineers and mechanics who feel able to be more open about it. Vettel also explains in this interview that he has not seen homophobic attitudes directly but that he is aware that they exist. “Not directly, but I have been indirectly, I have heard people speak negatively about LGBTI+ people and the LGBTI+ community. Whenever I heard those things that were said in the past, I always felt bad, but today I have more confidence to speak. Homophobia is prejudice, and prejudice is wrong. It really is as simple as that », she sure.

Finally, Vettel reveals that many people belonging to the LGTBQ community have been grateful for his defense and for the normality that he claims every time he speaks about it. “They thanked me for supporting them. It is very moving. There are many lessons I have learned from them, but the most important thing is that I still There is so much to do a lot to improve and a lot of people to educate”, he assures.

Tags: gays, pilots, Vettel
Red Bull assured that its engine for the new season is not at the level of 2021
What have been the most tragic accidents in F1?
Pit Beirer: “Competing in MotoGP is not the easiest sport for a rookie”
FORMULA 1 1946