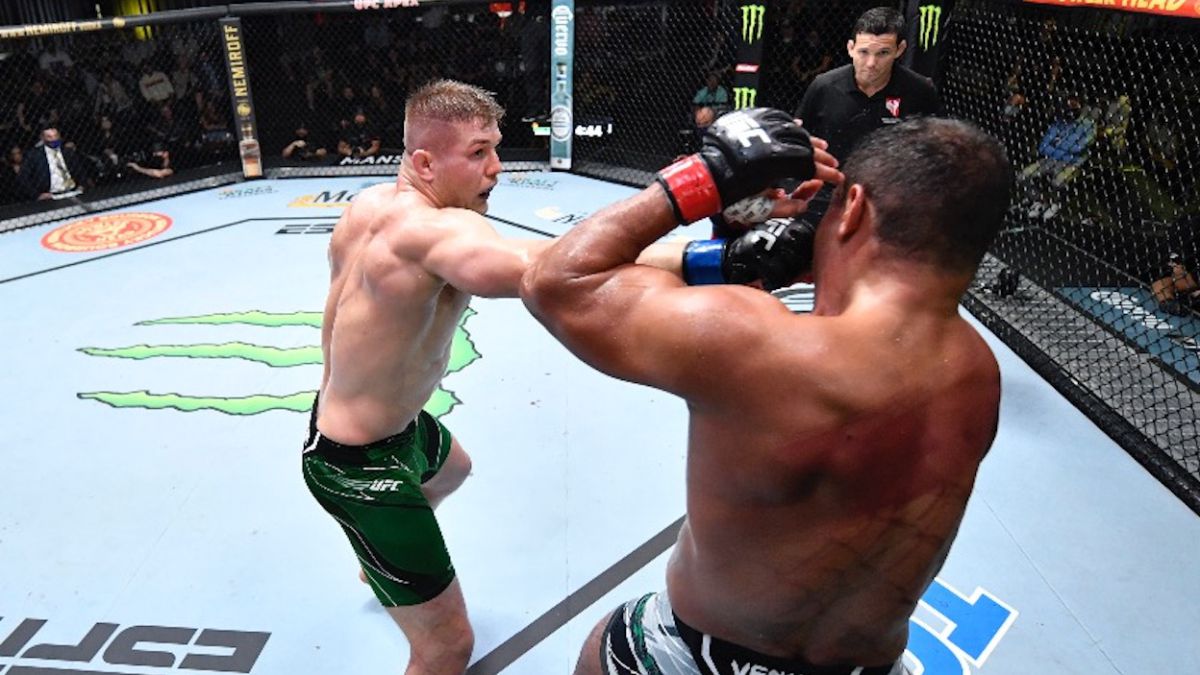 The controversy was very present in the week of UFC Las Vegas 41. Paulo Costa revealed in the middle of 'Fight Week' that he was very overweight a

The controversy was very present in the week of UFC Las Vegas 41. Paulo Costa revealed in the middle of ‘Fight Week’ that he was very overweight and that he needed an agreed weight. The duel was in the middleweight (83.9 kg), but the Brazilian asked for a fix (88.4). In addition, he lost 20% of his bag. That money went to his opponent, Marvin Vettori. The 28-year-old Italian is pure bravery in the octagon and did not back down. He agreed to fight at a body disadvantage. He wanted a new opportunity against Israel Adesanya and he knew that this was the way. His courage was rewarded with a victory. The European won by unanimous decision (triple 48-46) to the Italian.

From the first moment something was clear: Costa was much bigger than his opponent. Vettori hardly had to make an effort to make weight, while the Brazilian did. Cardio could fail Costa, so he opted for power. In the first aslato he went out to put very hard blows. He did it with his fists and, above all, with his legs. The impacts were terrible, but reached the final part the bellows went down. It was clear what they both had to look for. The second round followed the same dynamic, but Vettori had dragged the first round and got a lot of work.

An eye poke deducted a point from Costa and gave life to Vettori. In the third round he got more work, as during the whole fight, but he was punished. The Brazilian, with a kick to the chin, touched his opponent, but the European never gave the sensation of going to the ground due to a blow. He is a gladiator and it shows every time he fights. Vettori tried to go to the ground… and curiously he ended up there, he soon got up and dominated. The passing of the rounds and that situation marked the rest. Costa was tired and Vettori more whole (he also showed the hardness). He hit and slept the fight against the cage. The transalpine hit much more (190 for 139), the blows did not seem so powerful, but the judges did not hesitate to give him more rounds. Costa’s tactic was to overwhelm Vettori, the Italian resisted like a wall everything that came to him and he knew how to make his fight. He adapted to the changing circumstances and took the win. The respect of the public was more than earned and later it was clear: “I want to fight the best. I want 100% that belt“, he snapped. It’s clear to him.

What’s new in the UFC! Former champion Cody Garbrandt makes some modifications
(VIDEO) TO THE CHITO VERA: UFC kick in the Ecuador Cup
It will happen? The huge prediction of Amanda Ribas in the UFC
UFC/MMA 858