VIDEO: AWESOME! Fighter ends up with a completely disfigured nose 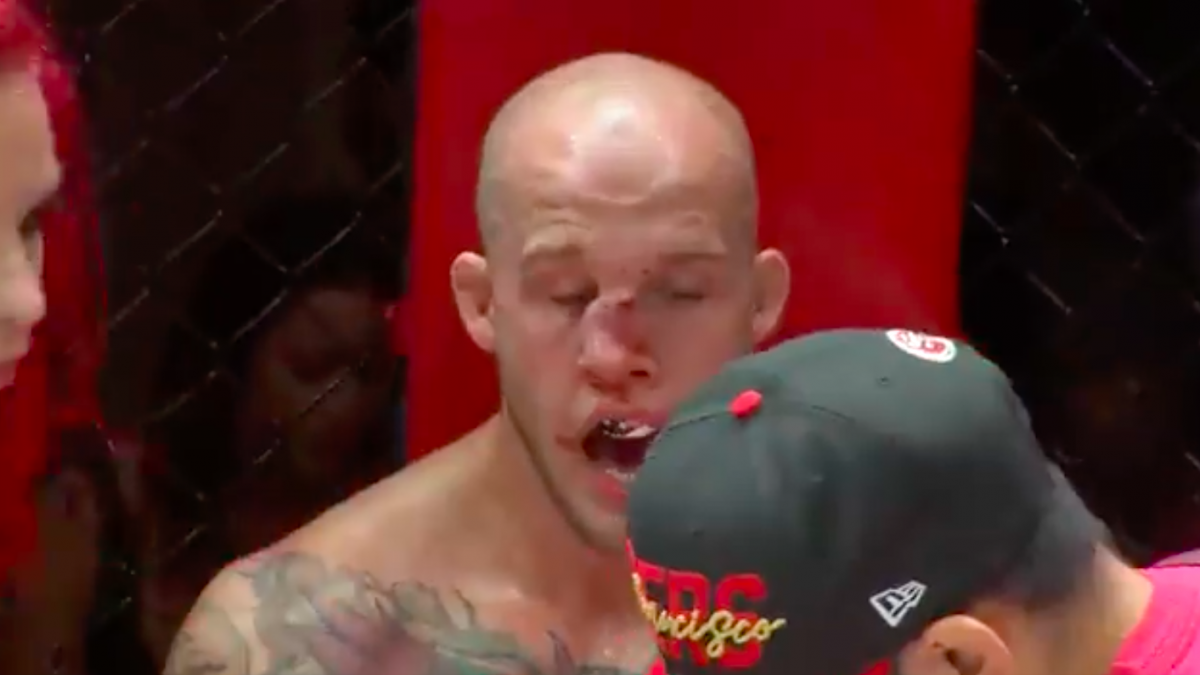 Mixed martial arts fights have delivered shocking images, such as the one that was presented during the fight between Blake Perry and Marcell McCa

Mixed martial arts fights have delivered shocking images, such as the one that was presented during the fight between Blake Perry and Marcell McCainin the function of A1 Combat Series that go through UFC Fight Pass, where the nose of perry was shattered.

In the first round of the brawl McCain landed heavy blows to the face of Blakewhich ended up costing him a serious nose injury, the assault ended and Perry returned to his corner.

This is how Blake Perry’s nose ended after a knee by Marcell McCain, who ended up winning the fight #A1Combat4. pic.twitter.com/c4qCBQt0or

Despite the fighter’s desire to continue with the actions, the show doctor determined that he was not fit and the fight ended in victory for Marcell McCain.

UFC | This is how Moreno’s face looked, after his fight with Kai

The face of Brandon Moreno It is the record of the brutal punishment he received from Kai Kara-France in his fight on the main card of UFC 277, the same in which the Mexican won the interim flyweight championship after knocking out the New Zealander.

With a tremendous kick to the soft areas, the native of Tijuana beat the fighter City Kickboxing and he kept the gold, although before the TKO Kara-France landed powerful elbows that hurt Moreno notoriously.

Once the co-star engagement ended, Brandon confessed that during his camp he suffered a wound exactly where the New Zealand connected him.