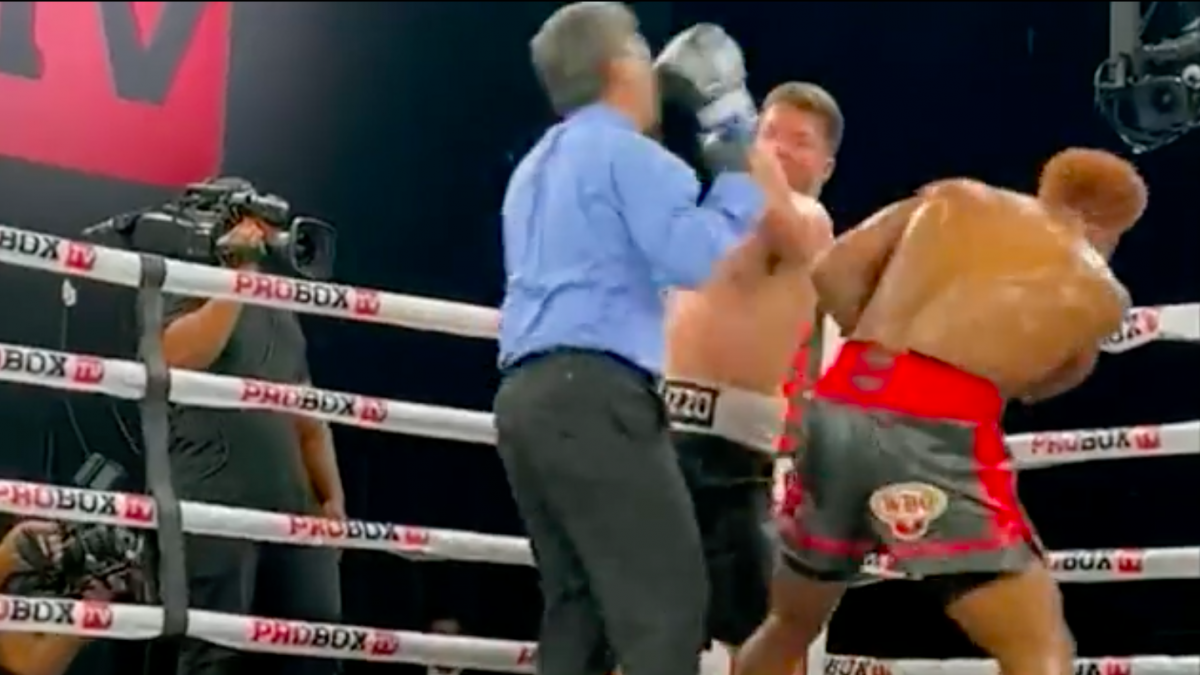 The boxing match between the Mexican mario aguilar and the american Brandon Glanton He left one of the most unusual moments of the weekend, becaus

The boxing match between the Mexican mario aguilar and the american Brandon Glanton He left one of the most unusual moments of the weekend, because during the fight the Aztec boxer hit the referee of the brawl hard.

The contest for the tricolor was not the best, because in the second round he was receiving a lot of punishment from Glantonwho connected his rival at pleasure and at one point the judge approached to separate the boxers, but took a strong blow from the Mexican.

In the videos that travel through social networks, the third on the surface is seen approaching the boxers and an unusual movement mario aguilar He gave a tremendous hook to the person in charge of dispensing justice.

‘That referee has a chin’ – the boxing official is cheered after being hit in the face by a left hook from Mexican fighter Mario Aguilar as fans praise him for ‘eating’ the ferocious blow. pic.twitter.com/zBmTWS3zzM

The referee endured the hit of the Aztec, who apologized for his mistake and continued fighting only for Glanton He defeated him by knockout. According to the media, the American won a vacant cruiserweight world championship in the fight.

Rarely have you seen a boxer hit a referee, but in the footage it seems that Aguilar did it because the strong bombs of Brandon Glanton they were reaching him squarely in the face and that could have disoriented him.