Video: ex-Formula 1 won the 500 Miles of Indianapolis, in a finish for the heart attack 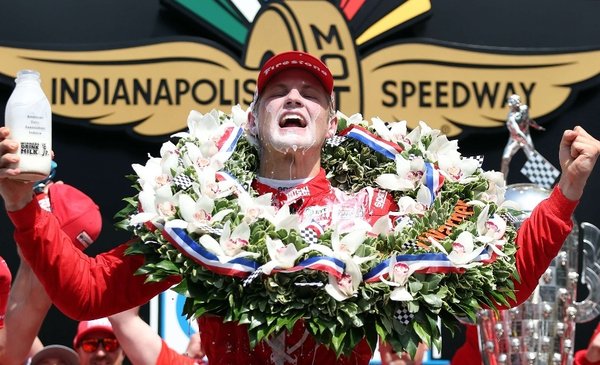 In an electrifying and exciting finale, Sweden's Marcus Ericsson wrote down his name today on the privileged list of winners of the Indianapoli

In an electrifying and exciting finale, Sweden’s Marcus Ericsson wrote down his name today on the privileged list of winners of the Indianapolis 500, the legendary automobile competition that celebrated its 106th edition in the United States today.

After starting 6th, Ericsson, a former Formula 1 driver with the Caterham, Sauber and Alfa Romeo teams, was on the lookout for the first 100 laps of competition, saving the best of Chip Ganassi Racing’s Dallara-Honda for the decisive laps.

Already without the New Zealander Scott Dixon (Dallara-Honda, Chip Ganassi) in the conversation, who dominated with authority but was penalized for violating the speed allowed in the pits, the Mexican Patricio Oward, aboard the Arrow McLaren (Dallara-Honda) inherited the tip and seemed to be heading for victory.

But the good strategy in the pits positioned Ericsson as the leader halfway through the end, and with a good advantage to manage until the flag, until the accident of his teammate, the American Jimmy Johnson, caused the red flag and put suspense in the closing.

When the race resumed, only three laps remained to go, so Oward had no choice but to attack the Swede (the Brazilian Tony Kanan and the Swede Felix Rosenqvist also tried), in a fierce and attractive battle that lasted until to cross the finish line.

Beyond the attempts, Ericsson withstood the pressure, covered the gaps very well and finally crossed the sentence line victoriously, emulating what his compatriot Kenny Brack did in 1999, until then the only Swede to win the 500 Miles.

Behind the winner, and completing the podium, came Oward and Kanan. While the top 10 was completed by: Rosenqvist, Alexander Rossi, Conor Daly, Helio Castroneves, Simon Pagenaud, Alex Palou and Santino Ferrucci.

Ericsson’s triumph, third in his personal account, gave Ganassi Racing the fifth achievement on the track of 4,023, all obtained by non-American drivers: in addition to the Swede, so did Colombian Juan Pablo Montoya (2000), New Zealander Scott Dixon (2008), and the Scotsman Darío Franchitti (2010 and 2012).

A separate paragraph for the work of the Argentinian Juncos Hollinger Racing team, whose hope vanished in the 75th lap, after the accident of the British Callum Ilot at the exit of turn 2, which led to his abandonment when he was going at a good pace.

“Alonso made us feel idiots”
Qatar GP 2021 Formula 1 classification: this is the starting grid for the race
F1 | Hamilton launches the sprint
FORMULA 1 1640