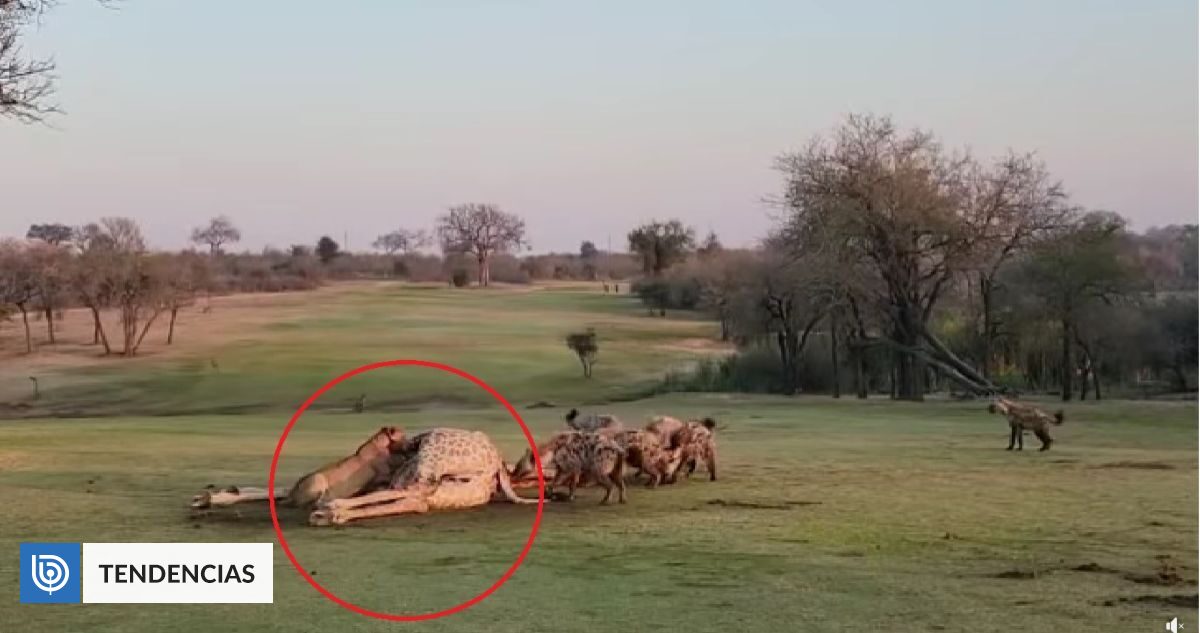 A video published by the Skukuza Golf Club, which is located in the middle of Kruger National Park, in South Africa, shows how a herd

A video published by the Skukuza Golf Club, which is located in the middle of Kruger National Park, in South Africa, shows how a herd of hyenas tries to get hold of the body of a giraffe that was previously devoured by a group of lionesses, in the middle of hole 3 .

What seemed to be a quiet morning in a golf course in south africabecame a true scene from a National Geographic documentary, when a group of hyenas came to harass some lionesses who ate a giraffe.

The incident happened at the Skukuza Golf Club, which is located in the middle of the Kruger National Park, in the African country.

It all happened on August 26, when at dawn, the park’s caretakers noticed a scene that they described on their official Facebook account as a “true frenzy.”

And it is that on hole 3 of the golf course, according to the video, there were at least a dozen hyenas trying to scare away a lioness that was calmly devouring a dead giraffe.

According to what was reported by Businessinsider, the hyenas managed to make a group of lionesses leave the place, to enjoy the remains of the animal.

However, their delight did not last long, as soon, with the help of a mechanical crane, the dead giraffe was removed from the golf course, for which the herd of hyaenids had to withdraw from the site.

It is common to see animals there

The Skukuza golf course has 9 holes and 18 tees, in the middle of the renowned Kruger National Park, in South Africa. Therefore, it is normal to see wild animals in this place.

According to the DailyStar, the site’s caretaker, Jean Rossouw, described Skukuza as the “wildest countryside in the world.”

“An important part of my job is the early morning tour to make sure all of our guests have left and that it is safe for our members and guests to play,” he said.

Since the field is not fenced, uninvited spectators are a common sight: hippos, impalas, warthogs and baboons, to name just a few.

Precisely for the above, when entering to play golf, it is mandatory to complete a form regarding compensation, since wild animals abound in each hole.

Tags: hyenas, Skukuza Golf Club, South Africa
Where is the Stereo Picnic 2022?
The demand for ‘luxury’ houses with swimming pools and in urbanizations with a golf course is skyrocketing in the Region
Golf course lagoon in Australia is home to a herd of sharks
GOLF 1531