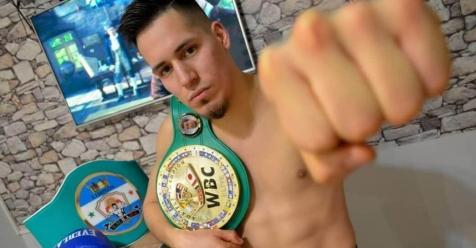 The Argentine Ezequiel Matthysse won the World Boxing Council (WBC) super middleweight silver Latin title, the first of his professional career, after beating his compatriot Germán Peralta last night by points, with a unanimous decision, in a fight held last night in Córdoba.

After 10 rounds in the Espacio Glow Hall, in the city of Cruz del Eje, the judges determined his victory with the following scorecards: 97-90 (Ramón Agüero), 98-89 (Argentino García) and 97-90 (Raúl Smith).

“Hammer” Peralta (8-10-5, 1 KOs) received a protection count and a one-point deduction in the third round and fell to the canvas in the eighth, so the Chubutan arrived with a wide advantage at the time of the failed. Ezequiel Matthysse, 24 years old, extended his winning record to 8 wins and 1 loss, with 4 definitions before the limit.

In the undercard fight, for the super welterweight category, the undefeated Walter Córdoba (6-0, 3 KOs) defeated Cristian Reggiardo (6-3, 3 KOs) by majority points after 8 rounds.

Loading...
Newer Post
These are the best teams in the history of Formula 1
Older Post
Boxing and mixed martial arts without gloves: a booming modality in the USA and Asia opens in Spain