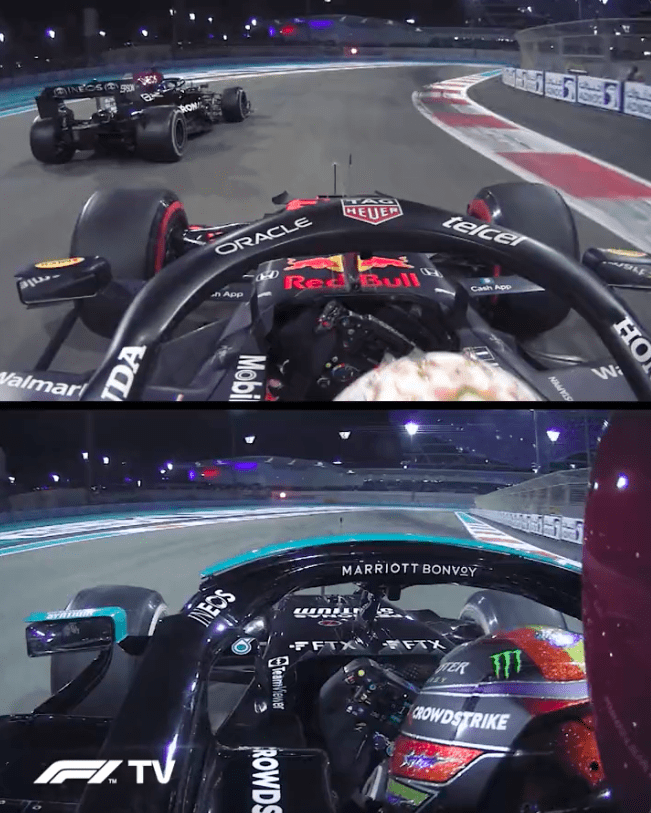 F1 had an exciting end and from the official social networks they revealed how the drivers and their teams lived the final stage of the race. Look!

Max Verstappen became the Formula 1 champion on the last lap, after snatching the Abu Dhabi Grand Prix from Lewis Hamilton in a heart-stopping finale. The definition had locals and strangers attentive to what was happening on the track until the last second and a handful of days after the consecration of the Dutchman, audiovisual pieces continue to come to light that reveal details of the intimacy of the pilots and their teams in the decisive moments.

The cameras on board each of the cars provide a unique and intimate view of the last lap (53) where the new world champion was defined in an exciting and very close way. In these films you can see the superb maneuver with which the pilot from the Netherlands leaves behind him, in second position, the British and also shows how he defended the first place until he crossed the finish line. Likewise, the social networks of Formula 1 showed the conversations between the protagonists and their corresponding teams during the last meters of competition.

On the other side, the recordings reveal a crude phrase that perfectly describes the disappointment of the British driver at that time and of the entire Mercedes team: “I am speechless. Absolutely without words ”, it is heard.

VIDEO: The definition of Formula 1 seen from the Hamilton and Verstappen cameras

In the last big race of the year, Hamilton had been leading by a big difference and it looked like he had the world championship in his hand. Everything changed on lap 53 when Williams&#8217; Nicholas Latifi had a crash that forced the safety car to enter and Verstappen took the opportunity to enter the pits, fitted with soft tires and was deluded. This is how, due to the incident, Verstappen was not allowed to overtake the laggards that fell behind Hamilton, but then the decision was revised and in the final twist, with the entire audience shocked at the definition, he passed Hamilton to take the triumph in Yas Marina.

After being overtaken on the last lap, with four corners remaining and realizing that he could no longer take his eighth world championship, Hamilton shouted: &#8220;This has been rigged.&#8221; The commentary could not be heard on the global broadcast, but was on Lewis Hamilton&#8217;s on-board channel on F1 TV during a conversation with engineer Peter Bonnington.