VIDEO: UFC heavyweight lands a big roundhouse kick, wins by knockout and asks the audience to applaud his rival before dancing goodbye 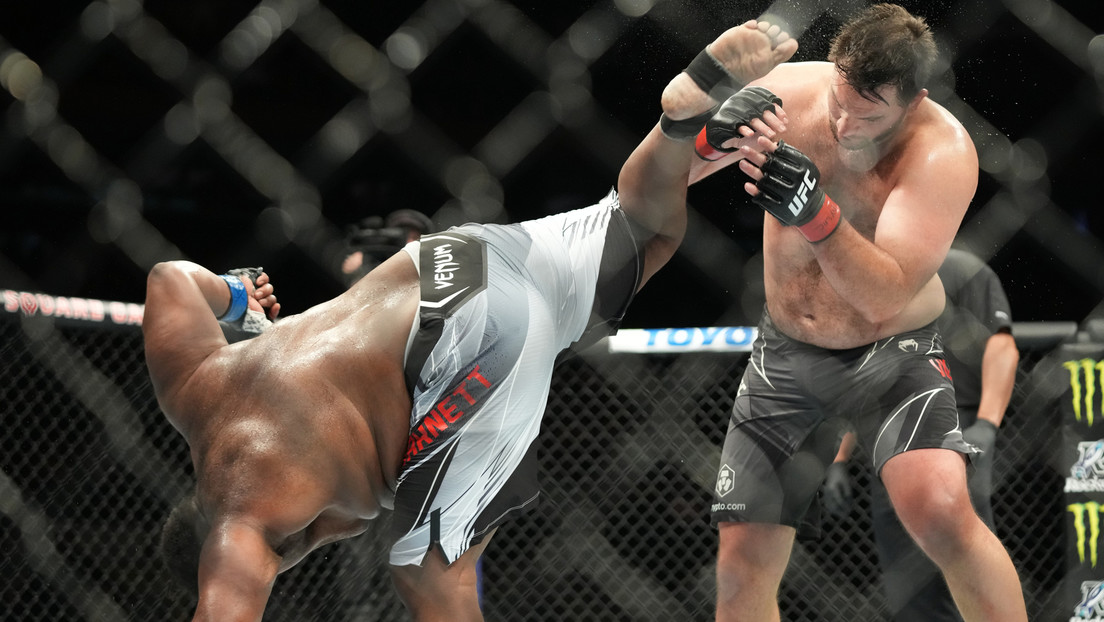 Published: Nov 7, 2021 11:16 GMT Barnett was saddened by humility and sportsmanship towards his oppon

Barnett was saddened by humility and sportsmanship towards his opponent, who that night was fighting his last fight as a professional in his home state.

Chris Barnett put on a great show for mixed martial arts (MMA) enthusiasts this Saturday in his heavyweight fight with Gian Villante at UFC 268 at Madison Square Garden in New York.

The 120-kilogram American sent his compatriot to the canvas with a spinning kick and finished him off with a savage combination of blows that forced the judge to separate them and order a second-round TKO. Barnett didn’t contain his excitement, and did a celebratory somersault.

The winner was not only astonished by his speed, flexibility and agility – not seen in that category – but also by his humility and sportsmanship towards his opponent, who that night was fighting his last fight as a professional in his native state. Barnett was interviewed in the Octagon and used much of that time to praise Villante. He asked the audience to stand up and clap to cheer him on after losing his retirement match at home.

Chris did not leave the canvas without delighting the audience with a particular dance. That effusiveness and optimism had already shown them in the pre-fight with his movements on the way to the cage.

A new classic MMA fight? Justin Gaethje defeats Michael Chandler in a spectacular and brutal combat and both are hospitalized
this is a complete list of UFC champions in each male and female class
You are motivated! Cody Garbrandt warns his next UFC rivals
UFC/MMA 307