VIDEOS: Capture the moment when MMA star Dillon Danis is immobilized by a police officer before his arrest 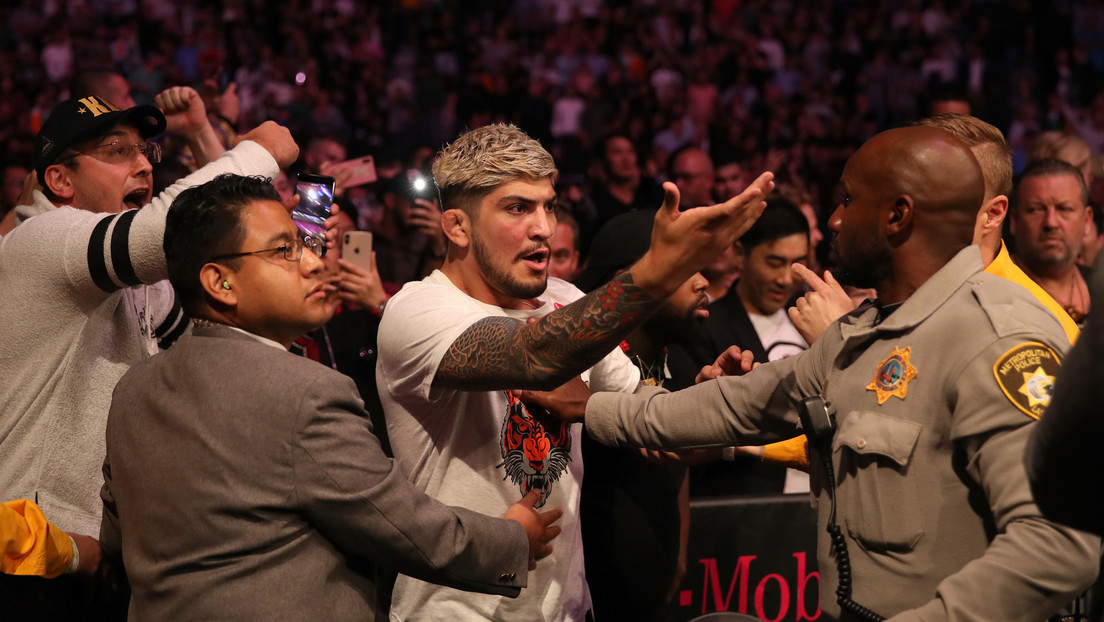 Published: Sep 22, 2021 22:00 GMT The fighter was charged with disorderly conduct and could face a se

The fighter was charged with disorderly conduct and could face a sentence of up to 6 months in jail.

Dillon Danis, MMA star and training partner of Conor McGregor, was charged with disorderly conduct, derived from an incident that occurred last weekend in a bar in the town of Seaside Heights (New Jersey), reports the MMA Fighting portal.

After the incident, images emerged on social networks that allegedly show the fighter immobilized on the ground before being detained by the Police. According to judicial information, the altercation occurred as a result of Danis “creating a disturbance.”

Later, the fighter was released and must appear in Seaside Heights Municipal Court on October 19. The disorderly conduct charge can carry a possible sentence of up to six months in jail, fines or probation.

Dustin Poirier admits that he considered leaving MMA after the first fight with Conor McGregor, but went ahead and got his revenge on Notorious with two wins, including Fight Island KO.
Former UFC fighter arrested and set bail of $ 1.3 million for felony crime of violence
Poirier – McGregor 3: weight, height, UFC stats, last fights and KO’s
UFC/MMA 147