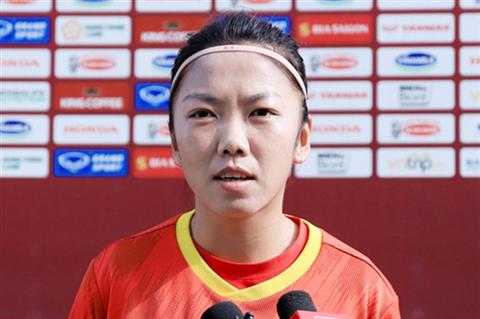 Huynh Nhu must be among the players who bring the most brilliance to the next FIFA World Cup 2023, which will be held in Australia and Ne

Huynh Nhu must be among the players who bring the most brilliance to the next FIFA World Cup 2023, which will be held in Australia and New Zealand, the entity said in a note published on its website.

According to the AFC, Vietnam’s qualification for its first World Cup finals “is just a reward for a player who has been so integral in the phenomenal improvement of the Southeast Asian team.”

The 30-year-old veteran soccer player has captained the Vietnamese team since 2011 and her goals took the squad from one success to another, she remarked.

However, the Confederation warned, the 2023 Women’s World Cup will be a challenge on an entirely different level and Vietnam will need the talismanic Huynh Nhu to be at his best to propel the team forward.

The Vietnamese captain won the Ballon d’Or at home four times and her contribution was decisive in obtaining the title at the Southeast Asian Games (SEA Games) in 2017, 2019 and 2022, and at the South East Asian Football Federation Championship. the Association of Southeast Asian Nations (ASEAN), in 2019.

The list of six stars that should shine in the upcoming world championship is led by the Australian Sam Kerr, the top scorer of all time in her country’s national team.

She was also the top scorer at the 2022 AFC India Women’s Asian Cup, where she scored seven goals in four games, and earned her second consecutive Australian Federation Women’s Super League Golden Boot.

The other four stars named by the AFC were Wang Shanshan of China; Saki Kumagai, from Japan; Ji So-yun from South Korea and Sarina Bolden from the Philippines.