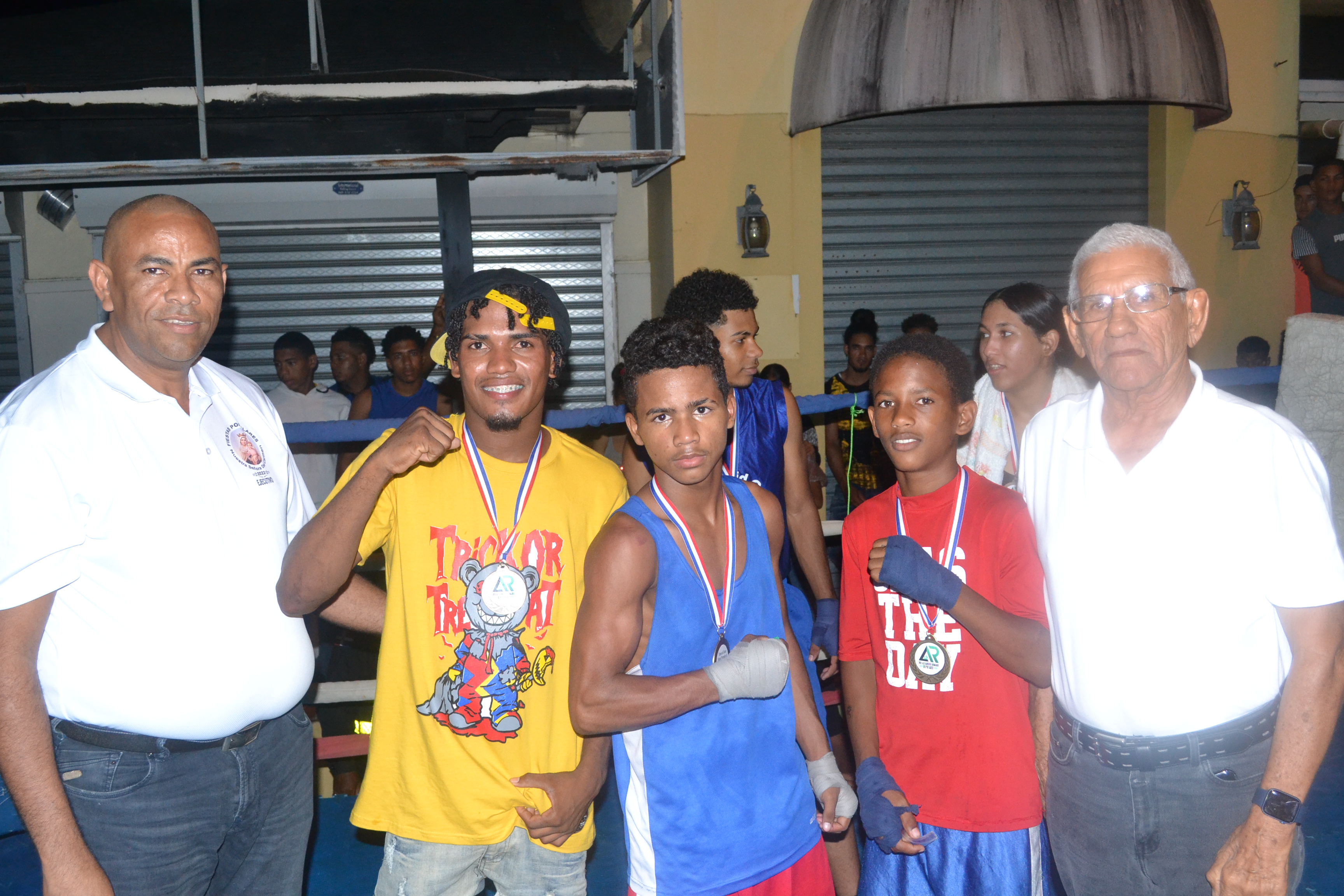 CASTILLO.- The selected team from the Elio Enai Rojas club from the municipality of Villa Rivas won the Patronales del Carmen invitational boxing

CASTILLO.- The selected team from the Elio Enai Rojas club from the municipality of Villa Rivas won the Patronales del Carmen invitational boxing tournament, by leading three categories, in the evening that took place in the Duarte Park and that had a special dedication to the journalist Tony Reyes .

The Villarivenses led by the renowned coach July Cisnero came from behind achieving five wins in a row to total seven gold medals to take first place in the sports fair and consecrate themselves with the Wanda Fishery Cup, before thousands of people who packed the central park of the municipality of Castle.

The second place went to the Dreamers of the Juan Pablo Duarte Club of San Francisco de Macorís with six gold medals, the Factor de Nagua achieved three gold medals for the third place of the event while the hosts of the municipality of Castillo achieved only two medals. for the fourth rung.

The winners of gold medals for the municipality of Castillo were Dariel Tabaré in 75lb, Alejandro de Jesús in 65, Cesar Julio and Frailer de León managed to win in 100 and 54 pounds respectively, Eduardo Jaquez won in 57 kilograms, Josian Rosario was imposed in the 60 kilos, and Angel Alcibiades in the 63.

On his side, the Nagua Factor won medals in the 51 kilos represented by Luis García, Angel Luis won in the 70 pounds, and Junior Sánchez in the 105 pounds while the municipality of Castillo won in the 118 pounds with Yeicoil Medina and in the 76 kilos with Briqueisy Mateo.

The great cup of champions donated by the Wanda fish market was delivered by the communicator Angel Pichardo accompanied by the mayor Juan Quiroz (Juan Maluca), the boxing businessman Pedro Valerio and the regional sports glory Reynaldo Martínez.

The medals were also given to the most outstanding athletes donated by the pre-candidate for deputy Alejandro Romano, the councilman Iván Vásquez, the municipal mayor’s office and Farmacia Victorio.

Likewise, a fair tribute was paid to former boxer from Castilla, Guillermo Martínez (Pedrito Kid) for his valuable contributions to national boxing.