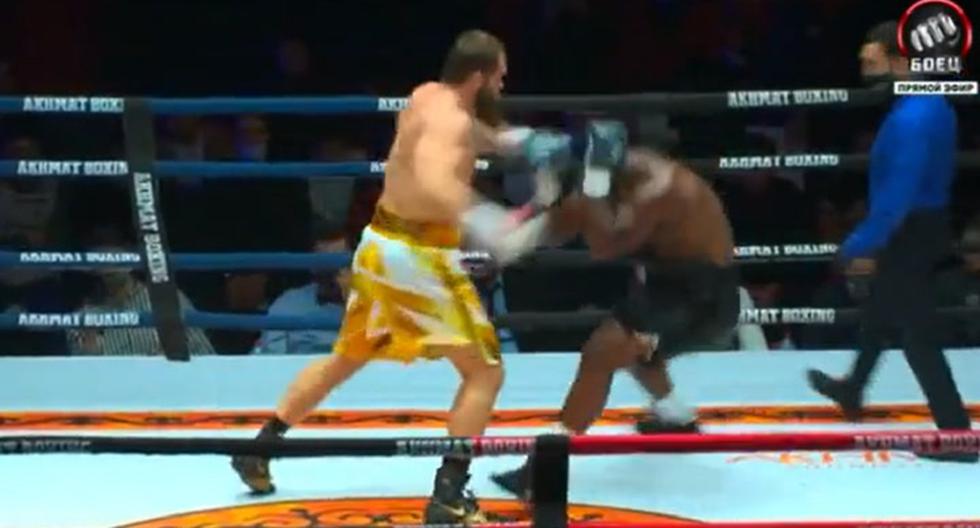 A knockout is common in boxing, due to the strength and aggressiveness of the boxers in each fight. However, the controversy was installed around the performance of the Ghanaian Richard Lartey, who lost by KO to the Russian Abdulkerim Edilov: the way in which the fight ended generated a lot of suspicion.

Both athletes agreed to their confrontation in the city of Grozny, in Russia, under great public expectation. Richard Harrison Lartey, a former heavyweight champion in Africa, came in with a bit of favor, considering his long career in the box.

Abdulkerim Edilov, who has shone in the UFC in the past, seemed to be at a disadvantage in that regard. However, things took a different course in the ring after the sound of the bell. The Russian started on the offensive, giving his opponent a few blows, hoping that he would give up a space to violate him.

Finally, after a few tries, he knocked Richard Lartey down with a left arm punch at 45 seconds. The referee stopped the actions and determined the triumph of Edilov, a situation that finally became controversial. Although no one doubts the power he used to hit, the fall the Ghanaian boxer raised doubts.

The way in which the African boxer collapsed was not normal for many fans, who criticized on social networks. “Everyone’s favorite African con man Richard Lartey fell again, should I be surprised?” and “I think it would be fair to ask Richard Lartey what is going on here. A carbon copy of when he was ‘knocked out’ by Fabio Wardley. He is clever ”, were some of the comments on Twitter.

The main reason for suspicion has to do with Richard Lartey’s previous loss, also by KO last year. At the end of November, he ended up on the canvas in the fight against Britain’s Fabio Wardley, in the second round. It is worth mentioning that the Ghanaian held a positive record of 14-1 (11 by knockout), before the four consecutive falls he has added, which is why he now receives criticism for his performance.

Loading...
Newer Post
Brooks Koepka ‘passes’ the TrackMan and the barrage of data in golf
Older Post
MotoGP | Algarve GP 2021: Acosta: “I understand that I cannot win all races”