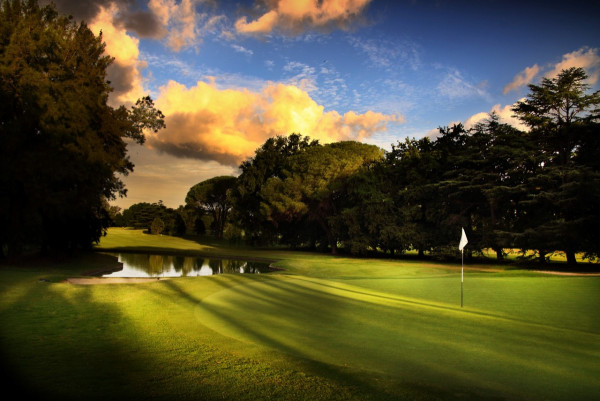 Argentina has more than 300 golf courses, positioning the country as an ideal destination to practice this sport of Scotti

Argentina has more than 300 golf courses, positioning the country as an ideal destination to practice this sport of Scottish origin. Beyond the quality of its courts, the great differential lies in the landscapes that surround them, because the sport is practiced with views of mountains, lakes, seas and green lungs.

Golf landed on blue and white ground in 1885, leaving its mark from north to south and from east to west. Today it is possible to find internationally awarded playing fields

For amateurs, and also for professionals, the trip to practice golf can be a perfect excuse to visit Argentina. Next, 10 courses with incredible views and environments.

The duo of relaxation and sport is possible in the province of Santiago del Estero, because the Termas de Río Hondo hide, in addition to thermal waters at different temperatures, a 120-hectare field ready to be explored by amateurs. The environment is a plus: infinite vegetation, lagoons and comfort included.

The most famous thermal destination in Argentina is home to this club that is part of the global ranking of the best places to play the art of golf, perhaps because its avant-garde design was thought by Robert Trent Jones Jr. or because they fairways They are wide and attractive.

San Isidro, north of the province of Buenos Aires, also says present on the list. In 1882 the club was founded and in 1980 the imposing 80-hectare course was designed. The design was in charge of the Scottish architect alister mackenziewho has also been behind Cypress Point, Augusta National, Royal Melbourne and Crystal Downs.

Tournaments such as the European Golf Tour and the World Cup have been held on this course. And the holes of him witnessed the prowess of arnold palmer, Tom Watson and Gary Playeramong other golfers of great prestige.

Taking a few shots on the Patagonian course created by one of the best golfers in history is a plan that makes more than one person’s eyes shine. Jack Nicklaus, also known as the Golden Bear and eminence of the green, led the development of the Chapelco Golf Club, in San Martín de los Andes. The course has 18 holes embraced by the Andes Mountains and is located in a hotel, which allows you to end the day with a moment of relaxation and spa.

As a single coordinate was not enough, in this town there is also El Desafío Mountain Resort and who accompanied the construction was Greg Norman, being his first design in South America. There are nine holes and the views exceed any type of expectation.

If the objective is to soak up Patagonian landscapes, the Llao Llao Golf, in Bariloche, respects the premise to the letter. The 18 holes that receive tourists from all over the world are located on a horizon where the greens merge with turquoise waters and rocky elevations.

Playing golf has never sounded so good since, in addition to the perfect conditions of the course, athletes can enjoy a luxurious stay at the historic hotel. 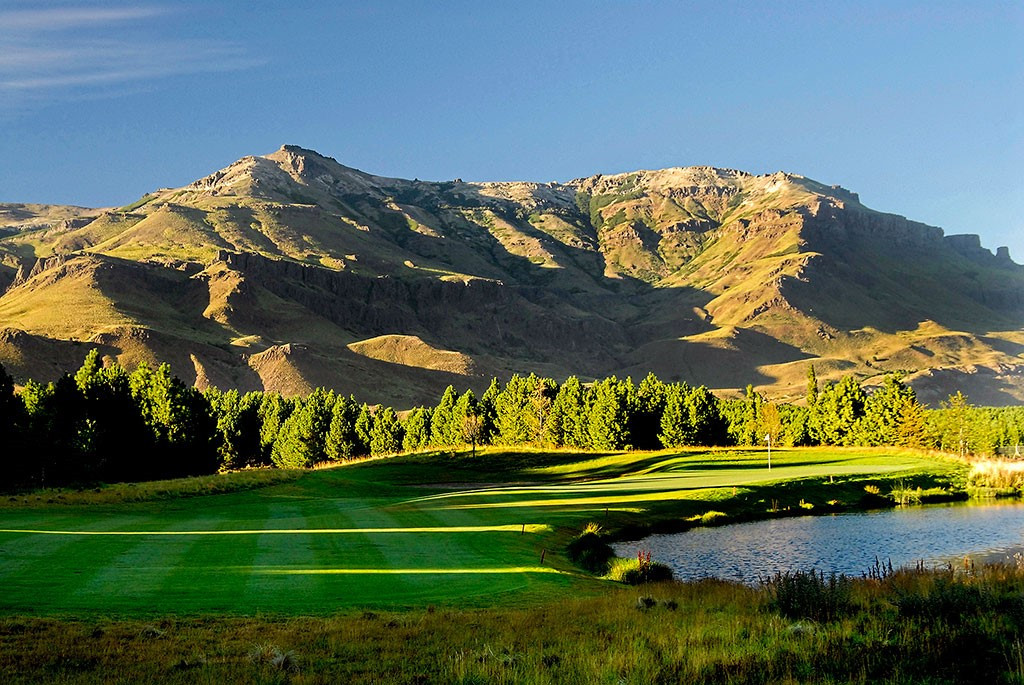 The Chapelco Golf Club is located in the province of Neuquén.

Córdoba has several options to practice the sport, but Potrerillo de Larreta is located in a unique natural environment, with mountains that decorate the table and trees perfectly distributed among its 18 holes. The construction was carried out by the architect Angel Rearteswith fairways and bunkers of fine sand that contrast with the mountain landscape.

A curious fact: it is built on what was a Jesuit ranch four centuries ago.

135 hectares, 27 holes, endless trees of different species, lagoons and a bold design, are some of the condiments of this club founded in 1926, in the province of Buenos Aires.

At the Olivos Golfo Club, there are 18 holes that were designed by the engineer Luther Koontz and the remaining nine by Emilio Serra. Not for nothing does it enter world podiums and is in the Top 100 of the best in the world, according to Golf Digest, and it has hosted the Argentine Open and the Masters Tournament on several occasions. Within the club there is an instruction school for boys, a restaurant, equipment rental, a gym and an outdoor swimming pool, among other services.

The year 2000 was a historic moment for the Buenos Aires Golf Club, a 27-hole course, which hosted the World Cup of Golf that consecrated the legendary Tiger Woods and David Duval.

Considered one of the 100 most important courts in the world, it is located in Bella Vista, in the province of Buenos Aires.

The capital of wine also offers the possibility of combining the delight of grapes with sports exercise. And how well both pleasures get along. The green terrain is located 764 meters above sea level and was inaugurated in 1974, offering a field surrounded by mountain ranges and vineyards.

The Olivos Golf Club has 135 hectares and 27 holes.

419 kilometers from the Argentine capital, in a unique setting on the coast, is the Mar del Plata Golf Club. The slopes typical of the city, place the field in the Playa Grande ravine, with views of the port and the Atlantic Ocean.

The so-called Cathedral of Golf is over 100 years old and offers a circuit of high difficulty, ideal for those seeking to increase the golfing challenge.

The southernmost golf course in the world is in Argentina, a 20-minute drive from downtown Ushuaia. The playing field is located on the iconic Route 3 and is delimited by the Fuegian forests and the captivating geography of the province.

Glaciers, lakes, lagoons, mountains and the Beagle Channel, the most important in the country, end up closing the sports tourism offer with a bow.

Tags: Argentina, Publi News Hosteltur, economy
HBO announced the premiere of “Bilardo, the soccer doctor”: everything you need to know
Costa Galana Golf Challenge Cup opens its call for 2021
Chubut presence in the Ranking of the Argentine Boxing Federation
GOLF 1252