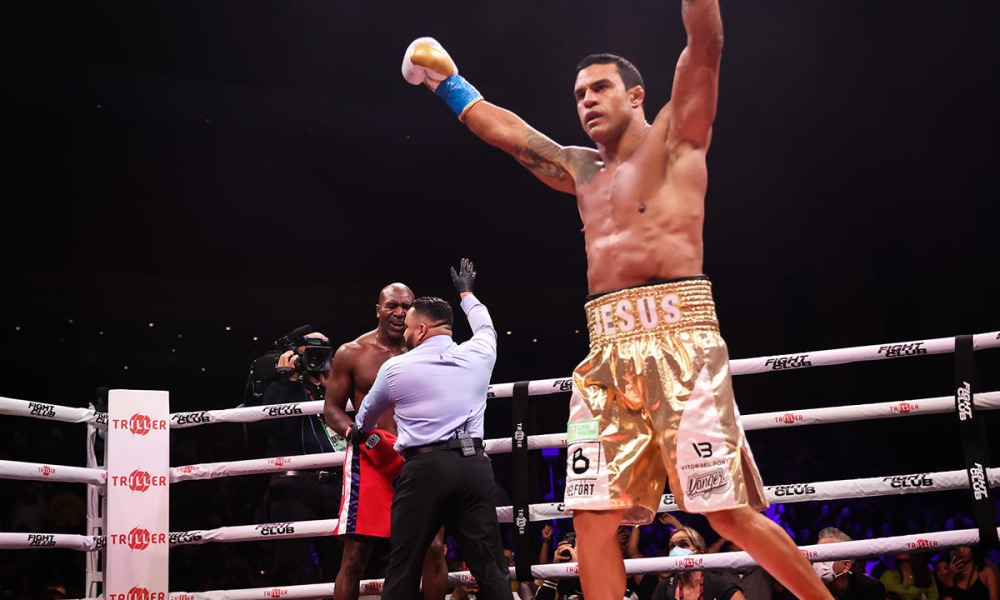 One, because Holyfield accepted the fight on short notice for Oscar De La Hoya, and two because Holyfield is 58 years old. Not surprisingly, Holyfield finished in the first round with punches. There have been many critics of Belfort and Triller Fight Club since then, and now Belfort is responding to them. Speaking to AG Fight in a recent interview, Belfort responded to critics of the fight.

“He (Holyfield) tried to rip my head off, he was knocked unconscious at one point and received such a cross that he fell to the canvas alone. If I don’t dodge, my head would be rolling on the ground. Then people criticize that I was very, very roasted. I don’t care about that. I beat the most powerful heavyweight in history, who beat Mike Tyson. Unfortunately, the ‘haters’ will be there to criticize you. If I fight a guy over 50, is it worth it? If I win, they will criticize. The animal was too strong, it is a horse and it was boxing well and I was very precise. Nobody talks about my precision, how good I was. They talk about how bad it was. It wasn’t bad, I demolished it

“I was cautious, started slowly, but when it occurred to him, I had my time. When you smell blood, it’s time to hunt. It would be unnecessary (if the referee lets it last longer), given his age. He took a lot of uppercut hits to the chin. The first one got really strong. Then there were other blows. But since many people think that it is the head of the other, let it die. It is part of that.

Well, the maid answered
I am the rightful champion after defeating Pacquiao
Evander Holyfield doesn’t care about the cost of living
BOXING 467

Loading...
Newer Post
I destroy it! Jamie Mullarkey and a luxury finish at UFC Vegas 38
Older Post
It does not have limits! Alexander Hernandez added another spectacular knockout at UFC Vegas 38