Walk of the Celtics against some Heat that are the Titanic 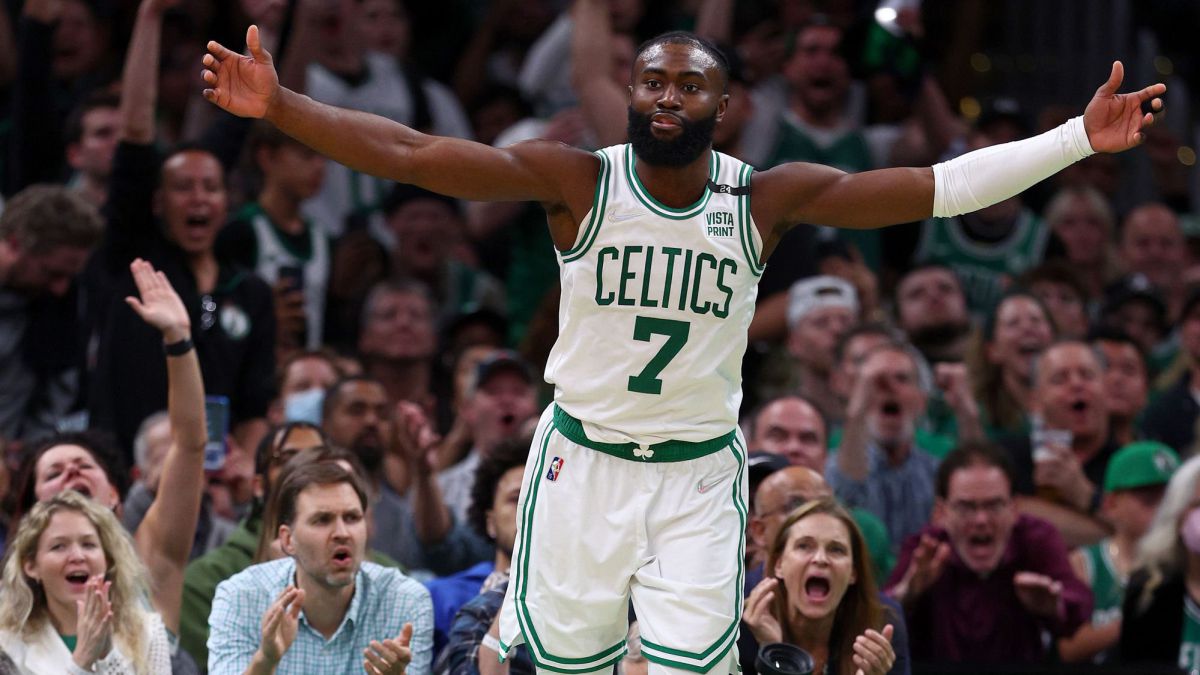 The Heat quickly finished a game they never started. Erik Spoelstra took Jimmy Butler out with over 3 minutes remaining in the third quarter, sat

The Heat quickly finished a game they never started. Erik Spoelstra took Jimmy Butler out with over 3 minutes remaining in the third quarter, sat him on the bench, and didn’t take him out again. Something normal as a meeting that seemed almost training for the Heat developed, which sank like the Titanic to the bottom of the Atlantic. There was no way or way that there was something that resembled a reaction and everything that happened in the first quarter, increased in the second, was not resolved in the third and ended up sinking a team into misery that gave the feeling that he was satisfied with the victory in the third game and the recovery of the field advantage. But speculating is never a wise move, least of all against the Celtics (tell the Bucks that). Tyler Herro’s absence was objectively less than Marcus Smart’s, and the Heat were already thinking about the fifth round before starting the fourth.. Instead of taking advantage of that variation and going for a 3-1 that would have been a sentence, they entrenched themselves in conformity and patiently waited for a confrontation in which they never wanted to be to end.

This was demonstrated constantly, already with an embarrassing start that made it very clear what was to come: 8-0 initial, 18-1 shortly after. The first field goal that transformed the Heat, a triple by Victor Oladipo, came when 8 minutes and 32 seconds had already been consumed in the game, the largest time period in this variable in 25 years. The Heat trailed 29-11 at the end of the first quarter and 57-33 at halftime, the second lowest figure in the first two quarters behind the Suns’ 27 in a Game 7 against the Mavericks that is already historic. The Heat’s starters added just 12 points combined after 24 minutes, the lowest number in this aspect since the Sixers’ starting five did the same in 2011 against, precisely, the Heat. Victor Oladipo then added 18 of the 33 points of his team and consolidated himself, already more than enough, as the only player who wanted to put something of interest to a sad and empty night for those in Florida.

And if any reaction to the break was expected, this did not come. The Heat insisted on attacking the area and collided with Robert Williams and an immeasurable Al Horford (5+13+3, with 4 blocks), the hands of a Jayson Tatum who quickly forgot about his performance in the third game (10 goals, denied in the shot), and converted 31 (with 16 attempted field goals… and 16 free throws) in less than 34 minutes. There was no kind of rebellion, the difference became 32 points and the Heat soon threw in the towel, without Spoelstra giving way to Omer Yurtseven (disappeared from the rotation after doing very well in the midst of coronavirus casualties) or a Udonis Haslem who has not played in the playoffs since 2016 and whose harangues did not penetrate this time in a team without soul, in which Jimmy Butler looked like a shadow of the player he has been during the playoffs: 6 points with 3 of 14 shooting from the field and -30 with him on the court. No comment.

During the second quarter, the Celtics had more offensive rebounds (9) than the Heat total rebounds (8) and ended up overwhelming their rivals in this aspect (69, 14 of them offensive, to 50), in addition to going to the personnel line 38 times for 14 of his rivals, thanks to the 26 fouls received. There is no protest because there is no justification for Miami, which cannot hide behind an equal result to talk about arbitration errors, practically non-existent and totally insignificant for the final result of the duel when there were any. The domain was brutal, uncontested, enormous; the performance of the visiting team almost pathetic, unworthy of the playoffs even though they had a flawless defense in front of them and a team that surpasses them, at least this time, in faith and heart. The Heat ended up winning by 20 points (102-82, mere final decoration) a game that they dominated by more than 30 and in which they barely shot with 40% in field goals and with a weak 8 of 34 in triples. The success from the personal, the plugs (11 in total), the protection of the rim and the intensity tipped the balance very clearly. And you can lose but there are shapes and forms and a very painful one is precisely this.

Jaylen Brown had a bad game on offense (12 points, 6 of 20 shooting), but he pulled his hands and toughness on defense. Robert Williams, without being 100%, went to 12 + 9 (5 offensive). Derrick White, starter in Smart’s absence, scored the first 7 points for his team, 10 at the end of the first quarter and 14 at the end. And Horford, what a player, was the soul and support of a team that he has made his own just as he did in his previous stage in it (2016-19). Now, everything is going to a fifth match that decides the series in more than 80% of the occasions and Spoelstra, hardened in a thousand battles, has clear rotations (he gave Duncan Robinson minutes out of necessity, but he did not get out of there), but needs to change things: Dwayne Dedmond is very bad, Kyle Lowry forgot the script of the third game, Butler did not appear, Adebayo was a mobile entity and did not resemble for an instant that of his very recent exhibition and the triples of Strus and Vincent were conspicuous by their absence. The Heat (who won their third quarter of the tie, something that seems unbelievable if we add it to the two victories that add up) need to leave the bottom of the sea and return to being competitive in a series of trends, which changes a lot between games and overcrowds in very clear and differentiated streaks. The Celtics, meanwhile, still haven’t lost two games in a row in all the playoffs and are 2 wins away from their first Finals since 2010. There they are, one step away from the definitive series. And there they stayed in 2017, 2018 and 2020. This has to be the good one, of course. it’s time.