Warriors and Curry, rule in the NBA 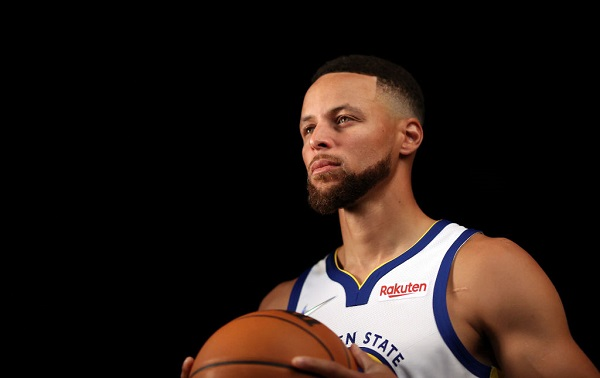 The Golden State Warriors, led by Stephen Curry, dominate the NBA after playing almost 20 games in the

The Golden State Warriors, led by Stephen Curry, dominate the NBA after playing almost 20 games in the 2021-22 campaign.

In the current campaign, things have changed diametrically and at this start of the season they are the best team in the NBA with a record of 16 wins, by only 2 losses and no team has more wins than the Warriors.

As a result, they not only dominate the Pacific division, but also the entire Western Conference and are looking to return to the playoffs and aspire to a place in the basketball grand finale.

The coach&#8217;s team, Steve Kerr is the one that is playing the best this season and proof of this is that it has the best scorer in the League with Stephen Curry, who averages 28.2 points per game, to be the best in the League, in addition to having 5.8 rebounds per game and 6.8 assists. Curry&#8217;s great complement is Andrew Wiggins, who averages 19.1 points per game and defensively, Draymond Green has 8 rebounds per game.

Already fully established for this campaign since last year the Golden St. first team alternated with its Development League team, the Mexican Juan Toscano has also contributed with the good pace of the team and has only not played in one of the 18 games of the season and averaging 4.3 points per game, 2.5 rebounds and 2.2 assists. Jordan Poole is also a good complement, averaging 18.3 points each game.

The good performances of these players, along with the rest of the team, have made Golden State a great offensive machine, averaging 114.3 points per game, the best in the NBA.

The Phoenix Suns, like the Warriors are having a great season with a mark of 15 wins and 3 losses, registering the best record in the League, their problem is that they share division and Conference with Golden St. but it is a fact that they will be in the postseason and are strong candidates to reach the final. The team is averaging 112.3 units per game, the second best mark in the League and Chris Paul stands out, who is leading in assists with 10.4 per game.

The Brooklyn Nets, with a record of 14 wins and 4 losses, have the best record in the Eastern Conference and with them James Harden and Kevin Durant are shining, with the “beard” at their usual great level, averaging 20.7 units per game and 7.6 rebounds and 9.2 assists, second best record in the League. Durant makes a great dumbbell with Harden and his numbers are also very outstanding with 28.1 units per game (second best mark in the League), in addition to 7.6 rebounds and 5.3 assists.

The Chicago Bulls with a 12-7 record, the Miami Heat with 12-7 and the champion Milwaukee Bucks with a 11-8 record, are also among the most outstanding teams in the NBA at this start of the season.

It may interest you: Manchester would have already chosen their new coach

Tags: suns phoenix, Golden state warriors, Chicago Bulls
NBA: Joakim Noah felt the same with Derrick Rose’s injury as with 9/11
NBA: The day that Michael Jordan offered to Madonna “to satisfy her” and could not because of Scottie Pippen
NBA: The Most Valuable Sneakers Ever: They Pay $ 1.5 Million for Air Jordans
NBA 841

Loading...
Newer Post
Everything ready for the boxing function “Back to War”, this Friday 26 – Yucatan Now
Older Post
Soccer world remembers Pelusa a year after his death