Warriors vs. Celtics | NBA Finals 2022: Finding a way to stop Stephen Curry, Boston’s mission for Game 5 of the Finals 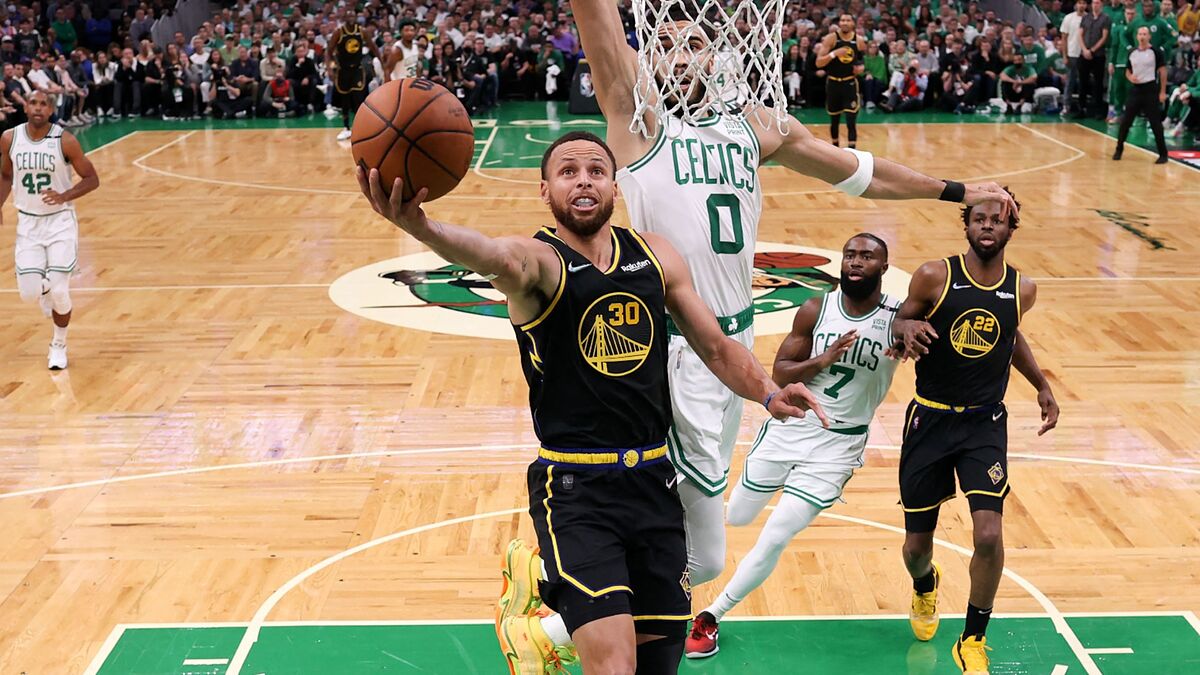 Mwhile the boston celtics seek answers in an attempt to stop Stephen Curry in these NBA FinalsThey know that even the best defense isn’t always good enough.

“Steph Curry is very good, in case you haven’t noticed. He can shoot amazing,” said the shooting guard. Jaylene Brown on Sunday. “Even watching him, playing against him in the Finals, I feel like he’s raising his level a bit more. He had an impressive performance in Game 4 and we have to respond to that.”

Whether the Celtics can do a better job of containing the two-time MVP will be a big key when heThe best-in-seven-game series resumes at the Chase Center on Monday nighttied 2-2.

the coach Ime Udoka has asked his Celtics to cause a bit of confusion and to play more physically behind the masterpiece Curry scored 43 points in a 107-97 win last Friday in Boston.

Udoka allow his escorts some margin of maneuver to decide exactly when to press the Golden State starusually starting well beyond the three-point arc, with the tall men ready to support.

Curry made 14 of 26 shots from the field, seven of them triples, and also had 10 rebounds. Once he finds his rhythm, he can hit from anywhere, even with a defensive hand to his face. But Udoka knows the all-time 3-point leader can quickly become a dangerous playmaker.

“Obviously his range spreads the floor a little bit. Some of the shots he’s hitting are shots that only he can take and some of them have been pretty close,” Udoka pointed out.

Curry, 34, posted the second-highest mark of his Finals career after scoring 47 points in Game 3 of 2019 against eventual champions Toronto and joined Michael Jordan and LeBron James as the only players 34 and older with at least 40 points in a Finals game. So, was it so much fun for Curry to watch Friday’s game video that he did what he did in the game?

“Regardless of whether you play well individually or not, you always know what happens at the end. It’s like watching the end of a movie. It’s always nice to know that the end is great.” said. “But I think it’s more of a balance of seeing what worked and trying to understand the patterns so you can repeat it in the next game. Maybe anticipate some adjustments that they might make.”

Tags: Claro-MX/Basketball/Nba
NBA 2022: Frank Vogel will not survive the fiasco and will be fired by the Lakers
Celtics vs. Heat Game 1 | NBA Playoffs 2022: Jimmy Butler explodes in the second half and Miami comes back to win Game 1 against Boston
NBA Playoffs 2022 Celtics vs Heat Game 2: Boston gets Al Horford and Marcus Smart back for Game 2 of the Eastern Finals, but loses Derrick White
NBA 2869