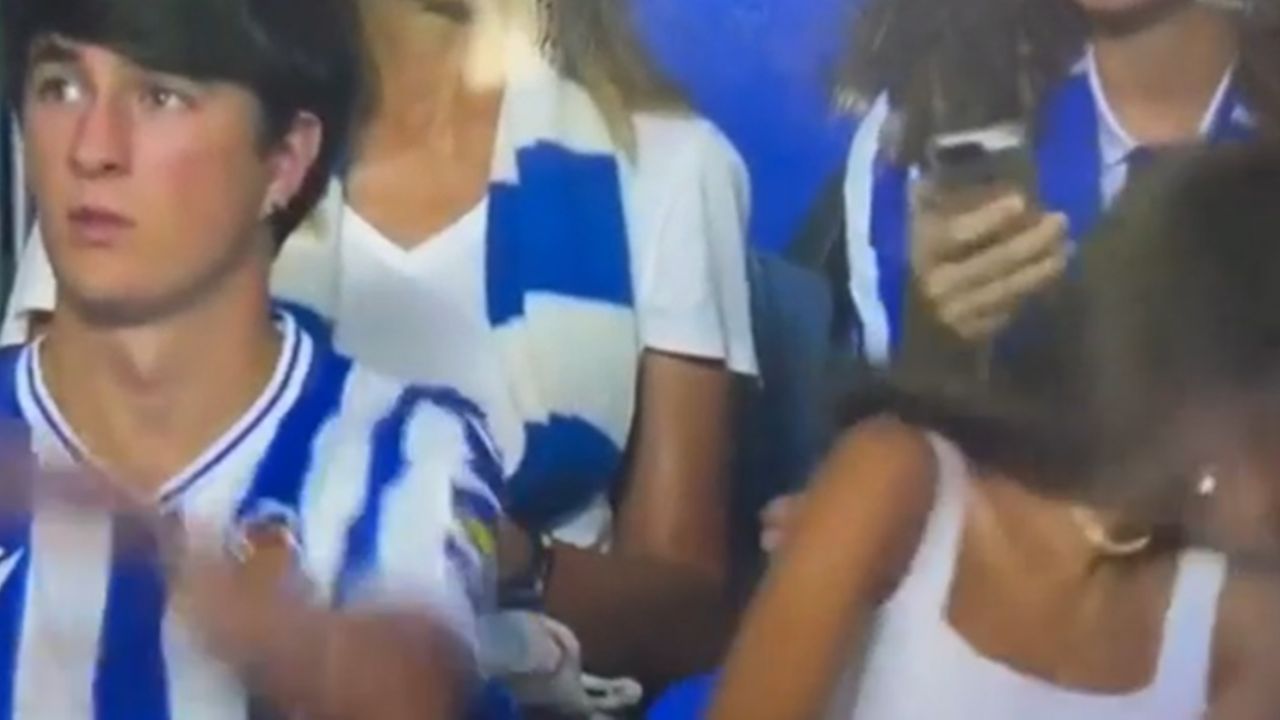 Written in WORLD the 8/22/2022 1:58 p.m. The meeting between Real society and the FC Barcelona Not only did he attract attention among Intern

The meeting between Real society and the FC Barcelona Not only did he attract attention among Internet users for the 4-1 win, he also carried out an alleged infidelity.

The alleged infidelity was uncovered during the transmission of said matchwhere a young woman, seeing that the cameras were taking her, sought to hide from the cameras in every possible way.

In the images you can see the woman sitting next to a young man who, according to information from social networks, is not her boyfriend.

It was the user called @neeoojr on Twitter, who uncovered the infidelity of the girlfriend of one of his best friends and explained that when she saw the television camera she tried to hide, but she had already been caught next to a boy who was not her boyfriend.

The same user added that: “so far the situation is simple: WhatsApp does not answer, I will inform you throughout the night”, but in the video that he shared on his own account of this social network it is observed that the boy he was with I had no idea what was happening.

And although so far it is not known if this infidelity was real or not, however, the memes about it were unleashed: