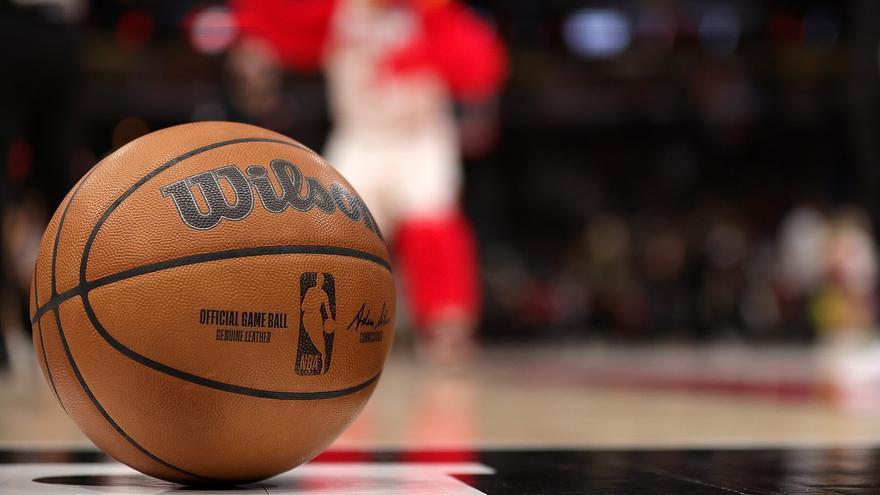 
After the NBA Draft, the odds for the winner of the most important basketball league in the world have been updated, although the Warriors are still the top favorites to defend the title

The NBA prepares to face a new dynasty. After going four seasons without winning a title, the boys from the San Francisco Bay They came back through the big door beating the Boston Celtics 4-2 in the final restoring order in the best league in the world. The project will continue this season with hardly any changes to the roster except for the withdrawal of 2015 Finals MVP Andre Iguodala and the return of former 2020 Draft number 2 James Wiseman, who did not play last season due to a problem with knee.

no one doubts that Stephen Curry, about to turn 35, will keep in the best years of his career. Players like Jordan Poole, Payton Jr or Moody are expected to progress and make the current quota of [6.00] be a gift by all means. Let no one forget that when the Warriors’ trident has been healthy, their minimum has been to reach the NBA finals and it is a mere matter of health that you reach this level again in an NBA that has not yet found the antidote against a Steve Kerr who is on his way to being one of the most successful people of all time with nine rings under his belt.

Behind the Warriors appear some boston celtics who will also maintain the structure that has taken them to the finals. Jayson Tatum and Jaylen Brown can only get better, though Al Horford is expected to decline. The green team will continue with Ime Udoka on the bench and is quoted at quota [6.50]. In that same quota we find the 2021 champion, the Milwaukee Bucks, who suffered in their flesh the misfortune of injuries during the Play-Offs losing a Khris Middleton that forced Giannis Antetokounmpo to multiply, although without success against the Celtics in the Eastern Conference finals. The fees give them the benefit of the doubt for that physical misfortune they suffered.

The list begins to change in the fourth position of the favorites. The Los Angeles Clippers bounce back from their fall to hell last season with the scheduled comeback of Kawhi Leonard. The forward is ready to return after his knee injury, raising the Californians’ options to a fee of [7.00]. Names like Paul George or Reggie Jackson will have their colonel back to, at least, keep the crown of the city of stars. we say it because nobody expects anything from the Lakers of LeBron James and Anthony Davis after staying out of the Play-Offs last season. A transfer between Westbrook and Irving has been rumored and if it materializes we have no doubt that it will improve his current share of [20.00]. For now, the yellows must think of miracles in the offices.

The fifth favorites to win are the Brooklyn Nets who have not yet managed to Kevin Durant and Kyrie Irving play together regularly. The New Yorkers lost James Harden and the faith of the quotas has not punished them excessively by trading at [9.00]. Many people hope that Ben Simmons will reappear as the star he was in Philadelphia, but stability is not conducive to the franchise at the moment. Speaking of the city of the liberty bell, we find this team seventh in the odds paying their victory to [15.00]. Neither James Harden’s promise to lose weight nor Joel Embiid’s dominance in the last season have changed the position about the team of a classic like Doc Rivers.

Finally, it seems a bit disrespectful to us that with the season they have had they trade so low, but the reality of the quotas is like this. We are talking about the Dallas Mavericks, brand new finalist in the Western Conference, and the Memphis Grizzlies, the team with the second best balance in the League, who are [19.00] that they come out winners of the seasons. The first have Luka Doncic and the second with Ja Morant as compelling reasons to think that they can aspire to win the title. Without a doubt, they are two of the most exciting players in the competition and they will make next season’s NBA more open than ever.

Loading...
Newer Post
international football Hirving Chuky Lozano could leave Napoli to reach Arsenal in the Premier League
Older Post
Four divisions in Junior boxing at the Conade 2022 Nationals already have finalists, one from Durango among them