“We dream of hosting Formula 1 or MotoGP” 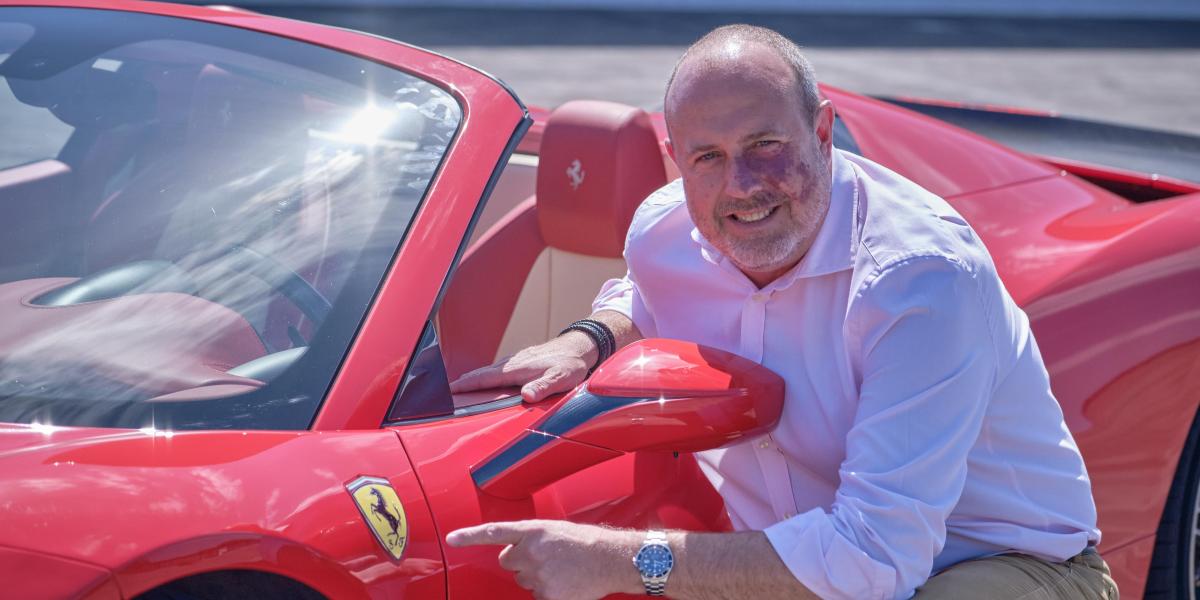 A few hours before presenting the Tenerife Motor Circuit to society with the presence and support of great personalities such as the journalist Antonio Lobato or pilots like Carlos Checa and Carlos Sainz Jr.., Enrique Arriaga, First Vice President and Island Councilor for the Areas of Roads, Mobility, Innovation and Culture of the Cabildo de Tenerife, heeds the call from Sport-Journal so that we learn more about the work that is being carried out in the Canary Islands with the aim of hosting, within a few years, top-level automotive tests.

How was the idea of ​​the Motor Circuit born?

It was raised in 1990 in order to respond to the great interest in Tenerife for the motor world. It has been developing over the years with the choice of the area, the acquisition of the land, the approval of a Territorial Plan that would give urban coverage to all the activity that would take place… There was an attempt in 2015 to award the construction and management to an Italian company, but in the end it was a failure because it was not solvent.

In 2018, the idea of ​​carrying out the work was reconsidered and instead of giving it to an external company, it would be carried out by the Cabildo. In 2019, the drafting of all the projects began again. From then on, we have been with the highest level homologation of both motorcycles and cars, as well as in the drafting of the projects. At the end of 2021 we have had the authorization of the FIA ​​and we started with the tender for the works to start them this year; that is our goal.

Why should Tenerife blindly bet on this idea?

For two important reasons: to respond to the great passion that exists on our island for the motor world and that does not have adequate infrastructure to carry out any type of competition and, second, because it is an international tourist attraction. It puts us in the center of the map for motor fans, who move a lot of people. It will be very important for Tenerife, since it will generate economy and employment.

When there is a high-level competition on a circuit, the entire area benefits from the activity: catering, airports, hotels, car rental, etc. The return that it usually has, indirect, is usually greater than the investment made.

Could a Motor Park be carried out in parallel to support this circuit?

Not only for the training part, which is planned for a third phase, but economic activity for the motor world. The upper plots of the circuit are classified for industrial use specifically for the motor world. This will allow the companies that are in this sector to establish themselves near the circuit and we will be able to have component tests, supplies of various materials for any competition, part assembly, repair, sheet metal… and that will be attached to the core of the motor circuit.

Has it been hard to get the necessary support?

It has cost and even politically because there was enough controversy. Political groups that initially started the project now, not being in the Government, have made difficulties for the opposition, blocking the budget item for the year 2022. There was also some small controversy with some environmental groups that do not have much foundation either because we are talking that the circuit is in an area that is already classified urbanistically and does not have much agricultural or landscape wealth; It is an area that is deteriorated.

If we talk about hosting motor competitions, which ones does Tenerife dream of?

We dream of the highest level: Formula 1 and MotoGP. For that we must have a well centered head and go step by step. We cannot try to aspire to great competitions without being shot for several years. We cannot fall into failure, as happened with the Indonesian Circuit, for example. We have to go rolling in minor competitions. And, when we are after a few years, we will be able to qualify for those big competitions as long as we get the right sponsors.

Is it a reality that Formula 1 can be in the Canary Islands?

Why not? The Circuit is homologated at the highest level and both a Formula 1 and MotoGP race could be held on our island in the near future.

Verónica Meseguer, island councilor for the Canarian Coalition and opposition in the Government, stated that the works were stopped today, is it true?

It is not like this. We are with the works underway, about to finish the north access. There was a modification to be made at the junction of the northern access with an insular road, which has already been approved. The works have already begun and now we will start with the bidding for the major works: track, paddock, channeling of the ravines and the second phase of the north access. The works have not been stopped and will continue for at least two years and we hope that in 2025 we will have the possibility of using this runway.

The CC counselor stated verbatim that “Arriaga is kidding the federations, entities, political groups and the fans because they have not complied with what was approved.”

There is much talk of building a new stadium for CD Tenerife, now this Motor Circuit is beginning to see the light, should the island bet more on sporting events?

Yes, definitely. We are betting on high-level competitions in all sports. We bet on super cups, Copa de la Reina, international events… why not in the motor world? The weakest aspect of the Sports area of ​​the Cabildo is that it has invested a lot of money in sports infrastructure of all kinds, except those of the motor world. We are talking about building a stadium that costs around 70 or 80 million euros, when right now there is already a stadium to respond to current needs. However, there is no motor track for all fans to carry out their activity in complete safety.

Putting us in question about the presentation that we will have this July 19, will be Antonio Lobato, Carlos Checa and Carlos Sainz, among others, what is the message transferred by them about the Tenerife Motor Circuit?

We have transferred the project to them and they liked it. Not only because of the project itself, but because of the seriousness that we are taking in all phases of execution. As much as it is being said that we are not going to comply or that we are selling smoke, it is quite the opposite. We have presented it to the Spanish Automobile Federation and they have liked, not only the Circuit, but also the approach to the future. It is a serious project, well planned and that generates enthusiasm for the enclave. It will be one more attraction to visit the wonderful island of Tenerife.

What does the agreement signed with Dorna mean?

A very important agreement with a view to marketing the circuit and making it known worldwide, but, above all, at the level of advice that they are going to provide us for the training of technical and logistical personnel. We are learning a lot with them.

How do you see this commitment to the motor circuit in 10 years? What would you like to achieve for the island?

It will report to us on behalf of the promotion of our island and the satisfaction of all motor lovers throughout the Canary Islands who will be able to develop the sport they love so much in a high-level facility.

Hopefully in 10 years all the works will be completely finished, with high-level competitions on our island and already seeing Superbike races or, why not, MotoGP.

Finally, what balance do you make of your management in this legislature to achieve this Motor Circuit?

Without detracting from what has been done in the last 32 years and all those responsible who have passed through the circuit who have taken their small steps, in this legislature we have given the definitive push and, above all, we have guaranteed financing for this circuit. We have bet a lot of rigor, seriousness and work getting the recognition of the federations so that the Motor Circuit is already a reality.

MotoGP, live | Free practice for the GP of the Americas
Rossi looks eager at home: “I’m going to give it my all”
Successful presentation of MotoGP to tour operators in Curitiba
MOTOGP 702