“We will exploit this Ferrari” – Sport-Journal 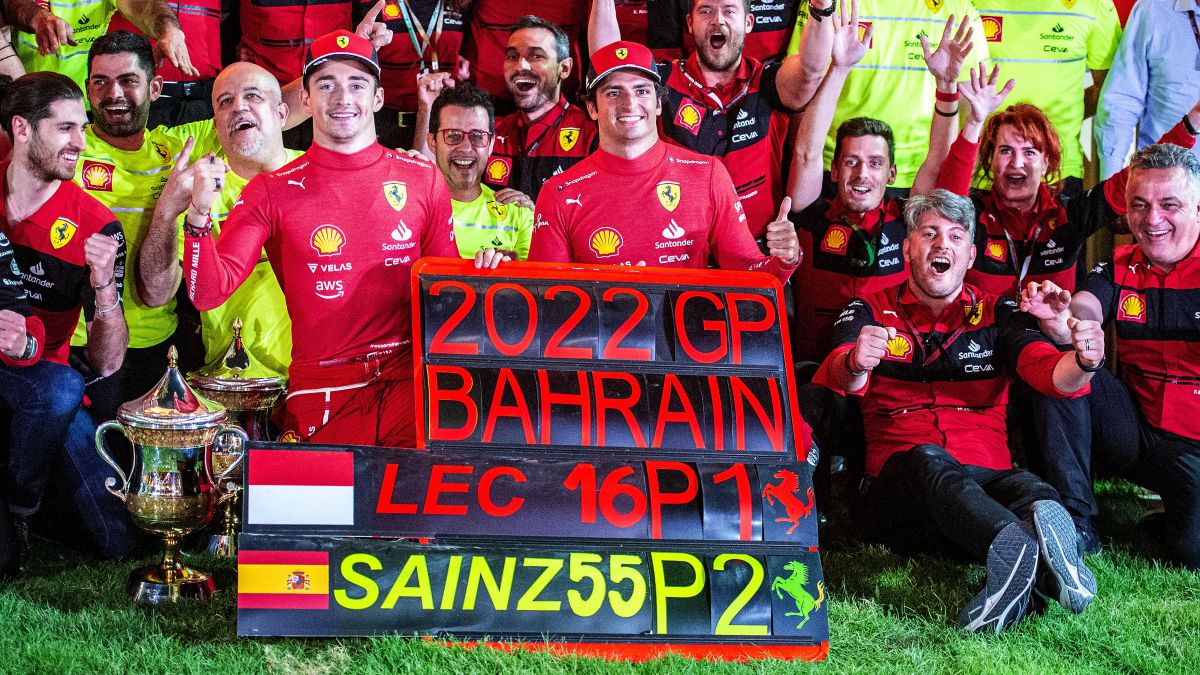 Already at night closed in Sakhir a roar was heard in the paddock. They were the mechanics Ferrari, waiting for the drivers to finish their media

Already at night closed in Sakhir a roar was heard in the paddock. They were the mechanics Ferrari, waiting for the drivers to finish their media commitments to join the team’s triumphant photo in front of the hospitality. When Charles Leclerc and Carlos Sainz appeared there with their trophies, the noise was up to the double. There was a lot of anger contained in all those throats that had nothing to celebrate since Singapore 2019. The triumph of the Monegasque in the Bahrain GP, ​​followed by the Spaniard, awakens mechanics, engineers, drivers and ‘tifosi’ from a nightmare.

The F1-75 is the reference at this start of the 2022 season. In the aerodynamic plane, it is the car that has changed the least from the presentation to the first race, and although for some the evolutions are synonymous with speed, they can also be translated as corrections of what does not work well. Meanwhile, the Ferrari power unit is confirmed as the most competitive on the grid, the one that has best solved the calibration to the new fuel (with less ethanol and performance, more sustainable). And although Red Bull will arrive, Verstappen’s double zero and Czech it’s not real, scaring away the evil of reliability is always an advantage in a 23-race championship.

Team boss Mattia Binotto is not talking about fighting for the title. Yet. “The rivals are very strong, we saw it in qualifying and they had reliability problems in the race. They would have been very fast otherwise, Max had the pace of Charles on new tires and they are the world champions, the favourites. We can do what best possible. Jeddah can be a completely different image in a week. After four or five races I will be able to answer (if they are favourites)”.

Among other things, because this season of rule changes will bring with it a race of developments and evolutions within a new context: with the spending ceiling, you cannot try pieces at will and choose the ones that work. Resources are limited, also for Ferrari. “The most important thing now is also the spending ceiling, you can’t go wrong because there are fewer opportunities to develop,” points out the Swiss engineer of Italian origin.

Waiting for the best Sainz

Leclerc was comfortable from the moment he got into the car, but sainz he found no such sensations in Sakhir. He was able to recover in qualifying to the point of fighting for pole, but his pace in the race did not allow him to aspire to victory at any time. The man from Madrid is aware that something is missing. “As a Ferrari driver it has been my most difficult weekend and that shows that I have to work and understand this car, where Charles makes the difference and how he manages the tyres. I have to improve if I want to fight for victory in Jeddah. Can I do it in a week? It’s a good question, hopefully,” Carlos admitted to AS after the race.

But that is also an indicator of what this Ferrari can give, says Binotto: “It’s a good start. The double was not expected. Charles had a fantastic race, Carlos too, had a difficult weekend, but only There have been three days of testing per driver and it takes a while to learn about the behavior of the car. Now we have more data, I am sure that in the next races we will exploit it. There is still potential in the car to be extracted, the case of Carlos is a good example.”

F1: The tragic accident that prompted the creation of the halo (VIDEO)
Australian GP F1 2022: Sebastian Vettel is forced to use a fire extinguisher due to a problem in his vehicle at the Australian GP
GALLERY: Saturday at the French GP F1 2022
FORMULA 1 1973

Loading...
Newer Post
Brooklyn Nets hold on to the devastating version of Durant
Older Post
“It was worth getting up early to see the MotoGP races of the Indonesian Grand Prix”