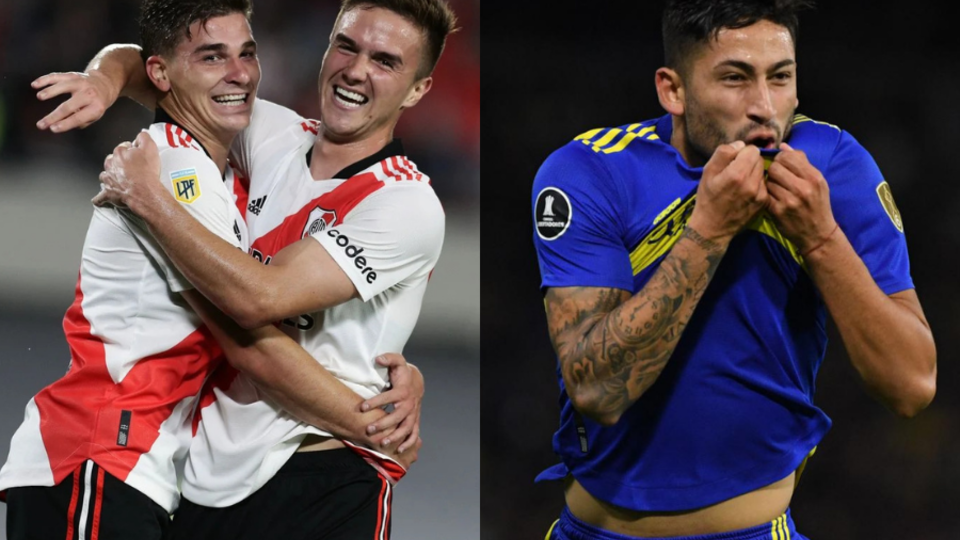 The prestigious Transfermarkt site updated the market values ​​of Argentine soccer players and teams, after Boca's consecration in the League Cup.

The prestigious Transfermarkt site updated the market values ​​of Argentine soccer players and teams, after Boca’s consecration in the League Cup. All the footballers together are worth €835.19 million.

Transfermarkt is a worldwide reference when it comes to talking about the market value of clubs and footballers. The company was born in 2001 in Germany with the aim of collecting data for Werder Bremen fans in that country.

Over the years it has expanded and internationalized. In 2020 the site reported that it had “600,000 registered users, millions of visitors per day, around 760,000 profiles of footballers and 75,000 clubs, more than 1,500 competitions and more than one million match records in the database”.

How you calculate market values

“Transfermarkt’s market values ​​are calculated taking into account various pricing models. An important factor is the Transfermarkt community, whose members discuss and evaluate the players’ market values ​​in detail. In general, market values of Transfermarkt should not be equated to the amounts actually paid for transfers. The objective is not to predict a price, but rather the expected value of a player in the market “they assure on the website.

The most important factors they take into account when setting market prices are future prospects, age, club and national team performance, the level of the league you play in, marketing value , experience and propensity to injury, among others.

The fact that a player wants to leave or that the club does not sell him to the highest bidder also influence the numbers. When a soccer player presses to leave an institution, the buyers, in general, offer less money, because they know that the club that owns the pass will reduce the demand to sell it and not have someone in the squad who has openly expressed his desire to leave.

Which clubs are the most valuable in Argentine football

River has the most valuable squad in Argentine football. It should be noted that in a few weeks he will lose Julián Álvarez, sold to Manchester City for almost €21.5 million euros. This will mean a loss of value of €23 million.

The most valuable players in Argentine soccer

Tags: Argentine soccer, sports, River plate
Cavani to River? The bomb that shakes Argentine soccer and reverberates in Boca
Outside the soccer bars
They launched the River Plate boxing mega-event in Quijano
FOOTBALL 2697