What are the most valuable soccer teams in LatAm? this the top 15 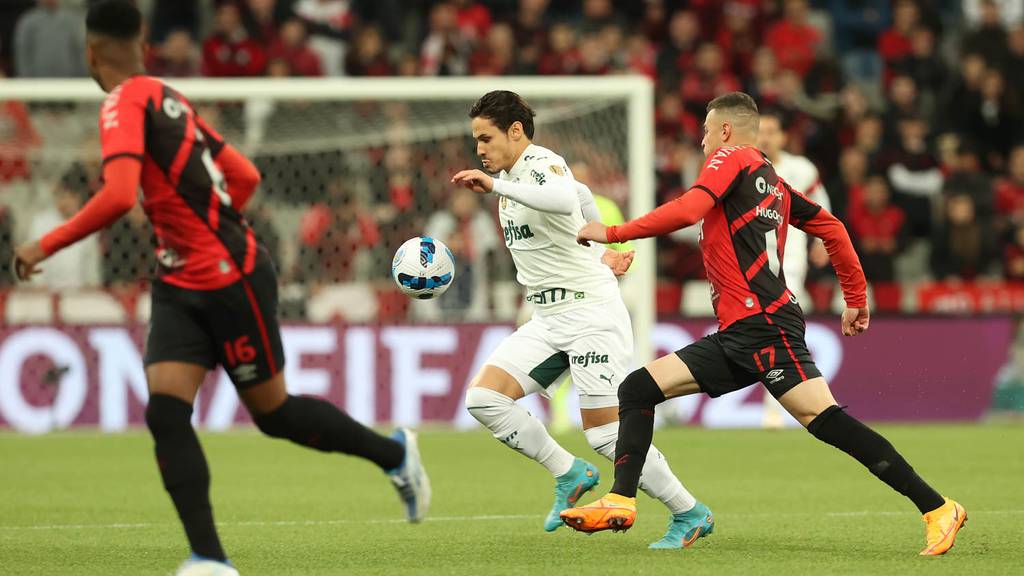 Bloomberg Line — Brazil, Mexico and Argentina are the only countries with soccer teams in the top 15 of the clubs with the highest market value in

What are the most valuable soccer teams in LatAm? this the top 15

Bloomberg Line — Brazil, Mexico and Argentina are the only countries with soccer teams in the top 15 of the clubs with the highest market value in the region, according to the specialized portal Transfermarkt. The most recent figures from the German portal, as of September 1 of this year, reveal the supremacy of Brazilian teams in this regard, since they occupy 10 positions in the ranking.

To make the measurement, the portal considers the value of the active players, the brand and the cost of the stadium, if the club is the owner, the prizes and contracts, among other factors.

With a market value of more than US$190 million, SE Palmeiras leads the ranking of the most valuable clubs in Latin America; followed immediately by the Clube de Regatas do Flamengo, with a value that exceeds US$160 million. Two Argentine clubs and three Mexican teams also stand out in the ranking.

At a global level, only five teams from the region are part of the 100 with the highest market value, among those, the two mentioned above, in addition to Mineiro and Corinthians (also Brazilian) and the Argentine River Plate.

This is the ranking of the clubs, according to the estimate of their market value:

The club, known simply as Palmeiras, is based in Sao Paulo and is one of the most popular teams in South America. In addition, he is the champion of the last two editions of the Copa Libertadores (2020 and 2021). According to Transfermarkt, its valuation is US$192.72 million, the highest in Latin America. Among the 100 most valuable in the world, highlighted by the portal, Palmeiras is number 58.

Flamengo, also Brazilian, is based in Rio de Janeiro. And, according to figures from Transfermarkt, it has a valuation of US$164.18 million. In the global ranking of the 100 with the highest market value, this team ranks 67th.

The team commonly known as Atlético Mineiro or Atlético, and colloquially as Galo, is based in the city of Belo Horizonte, the capital of the state of Minas Gerais. As of September 1, it has a valuation of US$133.98 million, which places it among the most valuable in the region. Globally, it ranks 76th.

Sport Club Corinthians Paulista is based in the district of Tatuapé, in São Paulo. And, according to Transfermarkt, it has a valuation of US$113.19 million. In the world ranking of the portal, the club is ranked 92nd, and is the last of the Brazilian teams to be part of that classification that brings together the 100 most valuable.

Club Atlético River Plate, from Buenos Aires, has a valuation of US$105.66 million and is the only team, apart from the aforementioned Brazilians, that is part of the ranking of the 100 most valuable in the world, occupying position 95.

Red Bull Bragantino, based in Bragança Paulista, Sao Paulo, has a valuation of US$94.77 million, according to data from the German portal. Last year they played in the final of the Copa Sudamericana.

São Paulo Futebol Clube, based in the Morumbi district of Sao Paulo, has a valuation of US$90.04 million, according to Transfermarkt.

Club Atlético Boca Juniors, from Buenos Aires, has a valuation of US$87.01 million and together with River Plate, they are the only Argentine clubs that are part of the 15 with the highest market value in Latin America.

Botafogo de Futebol e Regatas, also known as Botafogo, from Rio de Janeiro, has a valuation of US$82.94 million, making it the ninth most valuable in the region.

Santos Futebol Clube, commonly known as Santos or Santos FC and nicknamed El Peixe, is based in the city of Santos. Its valuation reaches US$82.06 million, a figure with which it closes the top 10 of the teams with the highest market valuation in Latin America.

The Monterrey Football Club, better known as Monterrey or Rayados, is based in the city of Monterrey. It is the most valuable team in Mexico after reaching an estimated valuation of US$80.52 million.

Club Athletico Paranaense from the city of Curitiba, capital of the Brazilian state of Paraná, was the winner of the 2021 Copa Sudamericana, after beating Bragantino, also a Brazilian. According to Transfermarkt, his valuation reaches US$79.59 million.

The Tigres Soccer Club of the Autonomous University of Nuevo León, known simply as Tigres UANL or Tigres, is based in San Nicolás de los Garza, in the Monterrey metropolitan area. According to the German portal, it is the second most valuable Mexican team, reaching a valuation of US$75.79 million.

Club de Fútbol América is based in Mexico City. The team, nicknamed Las Águilas, has a valuation of US$73.37 million and is the one that closes the top 3 of the most valuable Mexican clubs as of September 1.