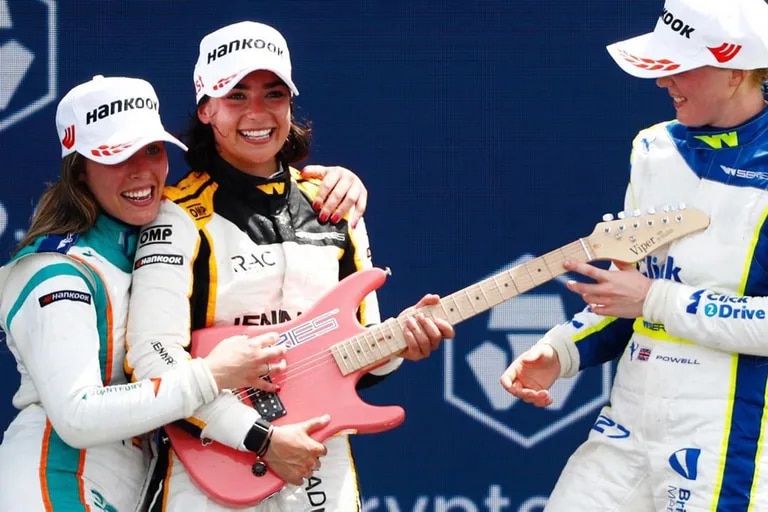 Forty-six years have passed since Lella Lombardi participated in a race Formula 1. The Italian starred in 12 competitions between 1975 and 1976, a

Forty-six years have passed since Lella Lombardi participated in a race Formula 1. The Italian starred in 12 competitions between 1975 and 1976, and sixth place in the Spanish Grand Prix was the best. Three decades have passed since the Roman Giovanna Amatti did not pass any of the three qualies at the beginning of the 1992 calendar, when the big circus visited South Africa, Mexico and Brazil, and eight years since susie wolff he competed in free tests at Silverstone during the British GP.

To the 24 years, Jamie Chadwick is a two-time W Series champion and won all four dates of the current seasonteaching a superlative level under the umbrella of Jenner Racing, a team founded by Caytlin Jenner, gold medalist in the decathlon at the Montreal 1976 Olympic Games. Dominant in the category that the International Automobile Federation imposed in 2019 as a stepping stone for women to ascend to F. 1, the British states that physique is the greatest difficulty that ladies must overcome to aspire to a seat in the elite of motorsports.

“I set myself the goal of competing in Formula 1, but I don’t know if it’s really possible. To enter you have to overcome the challenges of F. 2 and F. 3, which are very physical categories. The F. 1 is extremely physical, and we don’t know exactly what women in sport are capable of. At 15 or 16 years old, with cars that don’t have power steering and are heavy, many women have difficultiesalthough they have had successful performances in the championships of go kart. But I like to think we can make it and I’m happy to be the guinea pig. I will exploit every opportunity to gain access to a Formula 1 seat, because there is no woman in the modern era who has achieved it, but also I’m trying to understand if it has to do with a physical issue”, pointed out Chadwick, who in 2021 won seven of the eight dates of the W Series and this year he has a perfect card: he won the opening double date in Miami, in Barcelona and the recent weekend in Silverstone. The calendar will continue on July 24 at the Paul Ricard racetrack, in Le Castellet, France.

This season Chadwick won all four W Series races: two in Miami, one in Barcelona and the one at Silverstone last weekend.File, Archive

The Dutch Jake Aliker was the physical trainer of Max Verstappen in the early years of the current champion’s career in F. 1, a role he now plays Bradley Scanes. In a recent interview, during the Miami GP, the Briton pointed out that during a race you can burn as many calories as an athlete in a half marathon. “The pilot supports between 40 and 45 kilos of pressure on the neck at the time of deceleration, in the braking. But on high-speed circuits, like Monza, you have to resist up to 100 kilos and the temperature in the cockpit can be greater than 50°Scanes commented. At the premiere of the Miami circuit, Verstappen lost 3.6 kilos in one hour and 34 minutes. It’s easy to retrieve them in the next few hours, but that’s a sign of how difficult it is to deal with the heat and humidity during a competition. “That is about 5% of their total weightwhich translates into a 30% loss of work capacity. In addition to the resistance the mental aspect and concentration is very important”, he said in an interview with By Telegraaf. 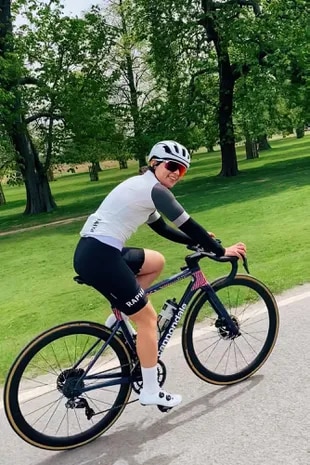 Jamie argues that it’s not just about getting physically strong in the gym to withstand the loads of a Formula 1 car: from the steering wheels to the size of the cabin there are barriers for women.Twitter @JamieChadwick

“I don’t think it’s as simple as getting stronger in the gym and getting in the car. Our sport is incredibly advanced in many ways, but the physical side of performance is misunderstood. In Formula 2 and Formula 3 the steering wheels are identical and have grip thick. Can we make them thinner? Habitually women’s hands are not big. Can we make sure that there are no restrictions on how close the pedals are to them, and that the braking weight can go up to 80 kilos? Some cockpits they are narrow and women with large hips do not fit comfortably. Many of these things go unnoticed by the public and they are omitted for an obvious reason: there are no women in Formula 1 cars. But we would have to analyze if these changes have an impact on performance, ”explained Chadwick, who has been competing since the age of 11, after her brother Oliver encouraged her to act in karting and to enroll in the Ginetta Junior Championship. In 2015 she became champion of the British Gran Turismo, with an Aston Martin, and two years later she made her debut in the single-seaters of the British F.3. 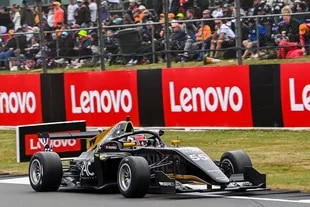 Chadwick was the first woman to win the British Grand Touring Championship and also to win a British Formula 3 race; Now, at 24, she is a two-time champion and leader of the W Series, a category created by the FIA ​​to promote women to the elite of motorsports.Twitter @JamieChadwick

Chadwick’s projection is similar to that of the seven-time champion Lewis Hamilton: the woman should struggle to access a seat in the big circus in 2025.”I would like to think that in the next three or four years we will see each other in F. 1. There are many young talents, younger than me, who could have great success, but there are details within the sport that were limiting factors before and they must be understood, studied and modified. For the next generations it will be important”, pointed out the 24-year-old driver who dominates the W Series and at the same time fights to break with the 46 without the presence of a woman in Formula 1.