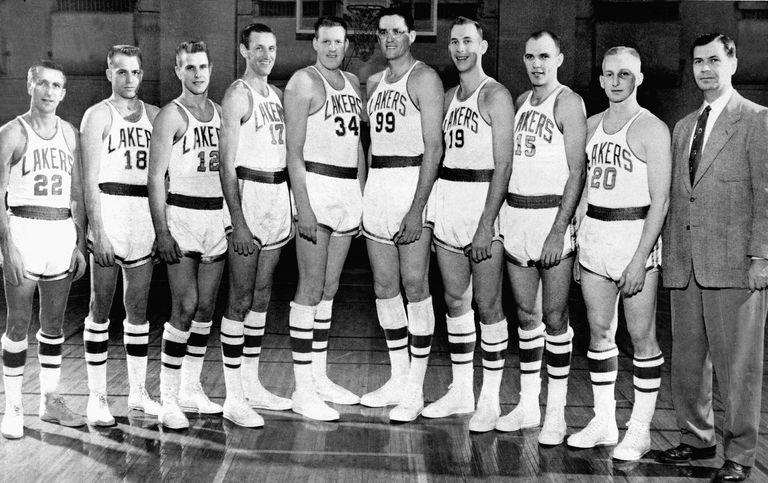 The NBA, one of the best sports leagues in the world, is at the forefront of innovations to develop. For example, in the 2019/2020 season, it carr

The NBA, one of the best sports leagues in the world, is at the forefront of innovations to develop. For example, in the 2019/2020 season, it carried out a health bubble near Orlando to end the championship interrupted by the coronavirus; the proposal was successful and flattered. In addition, she is always willing to modify the game to make it more attractive to the public. For example, in recent years there has been talk of adding a 4-point shooting line to the tendency to shoot more and more 3-pointers, very effectively.

In that intention to revolutionize the sport, he was in the crosshairs the height of the hoop. A long time ago: 67 years. In 1954, the NBA commissioner Maurice podoloff decided to test the players with an experiment in a match between Minneapolis lakers (predecessor of the Los Angeles Lakers) and Milwaukee hawks (predecessor of current Atlanta Hawks). Podoloff ordered bring the hoops to 3.65 meters above the ground, that is to say, 60 centimeters higher, with the aim of making the game more balanced. The Lakers had won four of the five most recent championships and were far superior in the league in large part thanks to the better pair of inmates, that of George Mikan and Vern mikkelsen. With them, there was no more suitable equipment to test the novelty of the rings at a greater distance.

The test yielded the result that the commissioner expected. The Lakers win 65-63 Registration very low firing rates by both teams: the winner had 28.5% of success, with 22 hits on 77 shots, and Hawks, 31.7%, with 26 of 82. It is worth mentioning that Minneapolis averaged 81.7 points in that season per encounter; The 65 of that game give an idea of ​​how much it cost him to hole with the rim 60 centimeters higher than the regulation 3.05 meters.

The scoresheet for that match used as a test between the Minneapolis Lakers and the Milwaukee Hawks in 1954, with the rim at 3.65 meters; shooting percentages were low.

The comments about the experiment were negative on the part of the main protagonists. “The whole game got screwed up and made more difficult for the smaller man. It makes the big man bigger “Mikan evaluated. What’s more, John kundla, Lakers coach, analyzed: “No one could hit the damn hoop. Players who normally missed their shots scored the most. And the greats were the only ones who kept the rebounds ”. Because of those opinions and the annoyance of the players, the NBA decided to put aside the innovation and never tried it again.

Yes he did, but in a different context, a player: Dwight howard had an idea like that for him dunk contest of the 2009 All-Star Game. The 2.08-meter pivot used two hoops for his attempts. One was the standard height, 3.05, and at one point asked that they bring him one like the one commissioner Podoloff had proposed 55 years earlier, 3.65 meters above the ground. Assisted by his Orlando Magic teammate Jameer Nelson with a bounce pass on the board, Howard sank the ball easily and with two hands despite the two-foot difference from the usual height.

Still, he didn’t win that dunk competition. The victor was amazing: Nate robinson, a player of barely … 1.75 meters. That he had triumphed in 2006 and would repeat in 2010. The diminutive former point guard is the only one three-time champion of the buried contest of the NBA.

That’s how easy it is to dump 3.05 meters for today’s basketball players, more athletic than those of the middle of the century. Some, in fact, reach the rim almost without jumping, such as Tacko Fall (Boston Celtics), with his 2.26 meters, and Boban Marjanovic (Dallas Mavericks), with his 2.24. For now, in the NBA there is no talk of modifying the height of the rim, one of the elements that it has in common with the regulations of the International Federation (FIBA), with which it differs in the duration of the games, the size of the court, 3-point distance, key shape and more. But nothing can guarantee that you will not think about changing the distance from the rim to the ground, despite the result of that test 67 years ago.

NBA 2K22 is on sale now!
The tremendous dunks of Hansel Enmanuel, the one-armed young man who dreams of the NBA
NBA Highlights and Results: Today’s Games, November 16
NBA 1313