What is the handicap in golf, how does it work and how is it calculated? 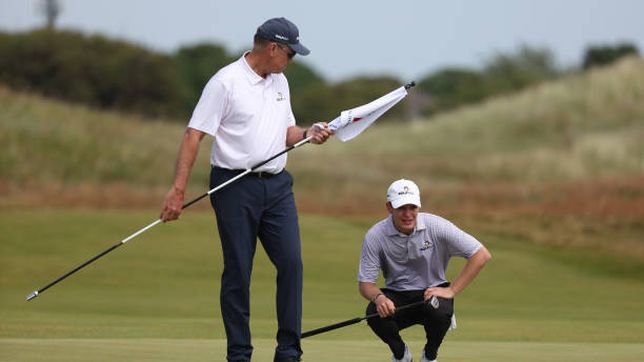 The term handicap, in golf, is linked to the par term (number of strokes established by the competition to put the ball in a certain hole). The ha

The term handicap, in golf, is linked to the par term (number of strokes established by the competition to put the ball in a certain hole). The handicap is used to equalize the level of the different amateur golfers. With the handicap, the number of more shots that an amateur golfer needs over par is measured. For example: if he needed 100 strokes to beat a course whose par is 80, he will have a handicap of 20.

In this way, for example, if a player achieves a handicap of 24, it means that, if the par of a round is 70 strokes, said player will have 24 additional strokes to complete it (70 + 24 = 94 strokes). Another term comes into play here: “game handicap”, which refers to the variation of strokes that may exist. In the event that a course is very easy, a player with a handicap of 24 may be given 20 strokes, or vice versa, if it is very complicated, the handicap may increase from 24 to 30, for example.

This handicap is generally established by the Royal Spanish Golf Federation and what is sought is that players with very different levels (always speaking of amateur level) can play a competition in the most equal conditions possible. In addition, the progression of a golfer can also be accurately measured by lowering his handicap card, which implies that the player has improved his records.

Lee endures Spieth and wins the Byron Nelson of golf again
Golf Tournament with Cause in Puebla: 4 minors will benefit
They investigate the fall of a woman from a golf cart in motion
GOLF 983