What is the longest fight in boxing history? 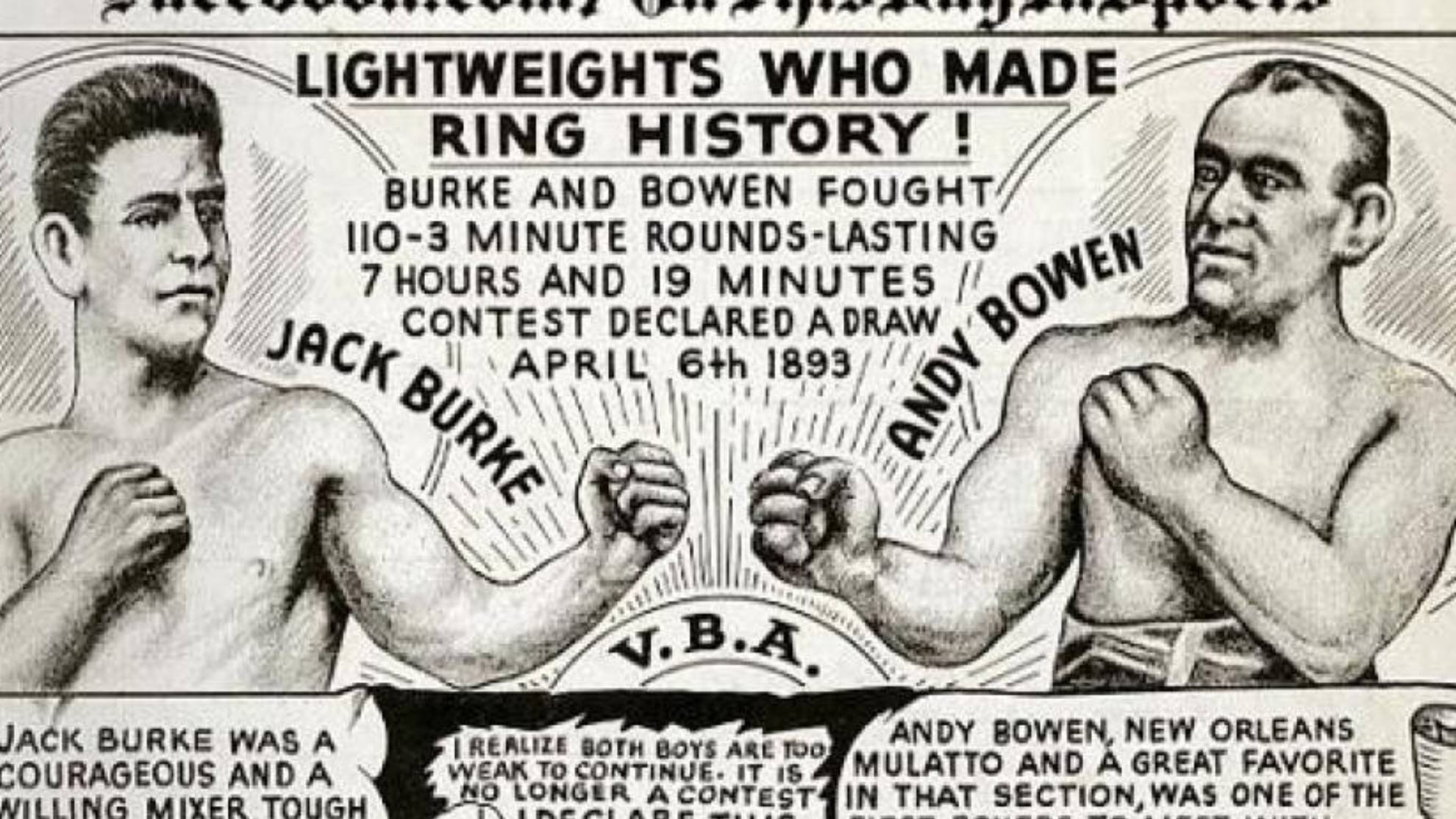 ANDCurrently, boxing matches for a world title are played over 12 rounds of three minutes each, but this has not always been the case, as the longe

ANDCurrently, boxing matches for a world title are played over 12 rounds of three minutes each, but this has not always been the case, as the longest match in the history of this sport lasted an incredible 110 rounds.

More than 120 years have passed since that very long fight that took place on April 6, 1893 when two lightweights, Jack Burke and Andy Bowen entered the ring at the Olympic Club in New Orleans, where they remained for 7 hours and 19 minutes.

What would be the fight for the southern title of the United States, ended with both fighters getting off the string a day later, totally exhausted and with fractured wrists.

As the opening bell rang, the confrontation began with both fighters studying each other, trying to figure out how to land their best shots to damage the rival. Although Bowen initially seemed to have the upper hand thanks to his physical strength, by the 25th round he was close to being broken.

By the 50th round, the physical ravages began to be evident and the pace of the fight had slowed to such an extent that people in the stands didn’t even have the energy to boo or cheer on their favourites.

According to stories about the historic fight, a sector of the public began to withdraw from the Olympic Club, while others made themselves comfortable to sleep. Others arrived late to the show since they worked, since the fight took place on a Thursday.

In one corner was Jack Burke, 24, a lightweight, born in Chicago but living in Texas.

On the other side of the ring was Andy Bowen, 26, a lightweight, born and living in New Orleans, the site of the fight. Both weighed around 59 kilos.

As a result of the endless fight, Burke broke all the bones in his hands and almost gave up boxing after that night.

After 110 rounds, with a time of 7 hours and 19 minutes fighting, the referee ended the fight. At first he ruled a “no contest” (without result), later he rectified and a draw was agreed so that both combatants could equally share the $25,000 purse obtained that night.

Tags: boxing
Boxing: Logan Paul breaks his hand drunk and questions his future in boxing: “I hit a column, I have to stop drinking”
“Promises of Boxing”, the tournament that will seek to revolutionize amateur boxing in the State of Mexico
When and against whom was your only loss as a professional boxer?
BOXING 3651